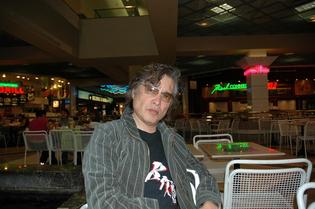 ‘If you like your crime stories to be bloody and bizarre, then this one may be for you. The winner of several major awards... the solution is one of the most original that I've ever read.’ — Daily Mail

Born in 1948 in Hiroshima prefecture, Soji Shimada has been dubbed the 'God of Mystery' by international audiences. A novelist, essayist and short-story writer, he made his literary debut in 1981 with The Tokyo Zodiac Murders, which was shortlisted for the Edogawa Rampo Prize. Blending classical detective fiction with grisly violence and elements of the occult, he has gone on to publish several highly acclaimed series of mystery fiction. He is the author of 100+ works in total, including Murder in the Crooked House. In 2009 Shimada received the prestigious Japan Mystery Literature Award in recognition of his life's work.

John M
5つ星のうち5.0 An ingenious and unusual who dunnit, Japan-style
2019年3月28日に英国でレビュー済み
Amazonで購入
This is one of a series of 20 or so classic crime 'who dunnit' thrillers from around the world published by Pushkin Vertigo.
This story is set in Tokyo in 1979 when an amateur detective and his friend reinvestigate the series of murders from 1936 which included an artist and seven female members of his family, including 2 nieces, 3 step-daughters and 2 daughters. The youngest 6 women are discovered dismembered and buried across Japan at sites with some astrological significance in an incidence known as the 'Tokyo Zodiac Murders'. The artist had penned a bizarre treatise about carrying out such a plan for his own reasons, but he is murdered prior to the women, so he couldn't have done it, or could he?? His murder occurred in strange circumstances in a locked room. Kazume Ishioka asks his friend and amateur sleuth Kiyoshi Mitarai to investigate.
The books is written almost as if it were a true event being re-opened rather than a novel, which it is. It starts with the rambling and very detailed astrological treatise and plan of the artist, Heikichi Umezawa, to recreate an ancient Japanese goddess from the body parts of his female family members. Mad stuff, but a compelling insight into the logic of his mind. It then details the murders and the reinvestigation. It is unsettling and gruesome in parts, but compelling nonetheless.
The solution is clever, but the plot ultimately a bit contrived. However, it is still worthy of high praise because of its unique style and ingenuity. I definitely will read others in this series, and would recommend this to anyone with a devious mind and a strong stomach.

The Reading Desk
5つ星のうち4.0 Excellent Cluedunit
2018年5月19日に英国でレビュー済み
Amazonで購入
The Tokyo Zodiac Murders is a unique and intriguing murder mystery novel in the same vein as a Sherlock Holmes mystery. The genre belongs to the Japanese ‘honkaku’ subgenre which focuses on plotting and clues. As a whodunit puzzle, it is a very well structured plot, with a locked room scenario questioning how the killer committed a murder and then escaped from a room locked on the inside, and how additional murders were attributed to the victim even though he was dead at the time of the following deaths. What was the plot? Was there one, two or more killers? There are multiple clues and multiple red-herrings in the detail, but sifting through is a real puzzle and challenge for the reader.

Let me set the scene. A 'Last Will and Testament' is found with the dead body of an artist, Heikichi Umezawa, in Tokyo 1936. He claims in the Will to be possessed by the devil and dreams of the perfect woman.

"Following the terminology of alchemy, I shall call her Azoth, which means “From A to Z” – the ultimate creation, the universal life force. She fulfils my dreams completely."

He requires 6 different body parts: the head, the chest, the abdomen, the hips, the thighs and the legs, each from a different woman. Heikichi has 3 stepdaughters to his second wife, 1 daughter to his first wife and 1 daughter to his second wife and 2 nieces. The devil is telling him to sacrifice 6 of these young women, the eldest stepdaughter is too old, and he must create Azoth from the separate parts. The plan introduces alchemy, astrology and geography, defined in great detail. The most baffling aspect of the case is that the plan is implemented perfectly, after Heikichi’s death.

For over 40 years this has remained one of Japan’s most infamous and studied cases, that has been investigated by professional detectives and amateur sleuths. No-one has solved the riddle of – who, how, why?

In similar Sherlock Holmes style, 43 years later, Kiyoshi Mitarai and Kazumi Ishioka (Holmes and Watson) embark on solving the case. Kiyoshi has his idiosyncrasies and deeply meditative episodes, while Kazumi is the industrious partner who is smart enough to follow leads and have sound opinions but is missing the crucial connections and insights that Sherlock, sorry Kiyoshi has.

The facts of the case are delivered as a dialogue between Kiyoshi and Kazumi which enables detail and anticipated questions to be aired and discussed by an enquiring Kazumi. The plot will certainly appeal to an analytical mind. At 74% into the book, the author directly challenges the reader to solve the mystery and identify the killer, stating that he has now provided all the clues. From this point on the solution will be revealed.

Enjoy the puzzle it is a very unique and interesting plot.

D. Jenkins
5つ星のうち4.0 The Tokyo Zodiac Murders
2020年1月22日に英国でレビュー済み
Amazonで購入
The success of the Tokyo Zodiac Murders rests entirely on the strength of the central mystery itself and its eventual resolution. Thankfully, it soundly delivers on both of these points, even with the brain-numbingly annoying discount Sherlock Holmes running around offering absolutely nothing of value to anyone until he gets away with one.

The fact that all the clues needed to solve the mystery are actually provided relatively early on is clever and subtle but this does ultimately mean the intervening sections between set-up and resolution offer relatively little, apart from building the character of the more endearing narrator who tries to complete his own detective work whilst brain-ache is doing whatever he’s doing.

I have no shame in admitting I needed a few minutes to put the book down to check and re-check the details in my mind but it definitely holds water and offers a truly satisfying solution to the mystery it establishes.
続きを読む
1人のお客様がこれが役に立ったと考えています
役に立った
フィードバックを送信中...
フィードバックをお寄せいただきありがとうございます。
申し訳ありませんが、お客様の投票の記録に失敗しました。もう一度試してください。
違反を報告
レビュー を日本語に翻訳する

P. Candice Goddard
5つ星のうち5.0 Wonderful
2016年5月10日に英国でレビュー済み
Amazonで購入
This was a very enjoyable read that had me second guessing myself from the very beginning. I would definitely love to read more of the same.
I kept thinking that I had worked out who the killer was and even the motive very early in the story but it just didn't seem possible because of the "facts" given. When it turned out that I was right after all and the explanation was given as to how it was possible I was both happy and impressed. I would certainly recommend this to anyone who likes mysteries.
続きを読む
3人のお客様がこれが役に立ったと考えています
役に立った
フィードバックを送信中...
フィードバックをお寄せいただきありがとうございます。
申し訳ありませんが、お客様の投票の記録に失敗しました。もう一度試してください。
違反を報告
レビュー を日本語に翻訳する

Amazon Customer
5つ星のうち3.0 Great ideas, not so great execution
2019年10月2日に英国でレビュー済み
Amazonで購入
An extremely interesting case that is well structured and has a somewhat satisfying conclusion. The dialogue is particularly rough and lifeless though which made some chapters something of a slog. This could be due to the translation or the original text, but either way it didn't land the characters well with me, and caused some of the deduction scenes to be outright annoying. It's place in the crime pantheon is well earned be the mystery, but it wasn't the most enjoyable book overall.
続きを読む
役に立った
フィードバックを送信中...
フィードバックをお寄せいただきありがとうございます。
申し訳ありませんが、お客様の投票の記録に失敗しました。もう一度試してください。
違反を報告
レビュー を日本語に翻訳する
その他の国際レビューを読み込む

D. Mcmullin
5つ星のうち5.0 Whodunnit?
2019年4月3日に英国でレビュー済み
Amazonで購入
I couldn't work out who committed the crime but I'm not very logical. It did make sense in the end although you might think the whole story is unbelievable. It still was enjoyable to read.
続きを読む
役に立った
フィードバックを送信中...
フィードバックをお寄せいただきありがとうございます。
申し訳ありませんが、お客様の投票の記録に失敗しました。もう一度試してください。
違反を報告
レビュー を日本語に翻訳する

RIJU GANGULY
5つ星のうち4.0 Cryptic
2020年3月30日にインドでレビュー済み
Amazonで購入
What a dense, cryptic, labyrinthine and (at times) infuriating work!
Unlike the classic locked room mysteries belonging to John Dickson Carr school, or their Japanese version mastered by Seishi Yokomizo, this book belonged to an altogether different level. It was unusually indirect. One may say, the narrative tried to remain true to its astrology-inclined nature— so that everything appeared to be close to truth. And yet, to say that the reality was different would be an understatement.
It was also unusually gruesome and mature.
Not a light read. Not to be taken lightly, as well.
Recommended.
続きを読む
役に立った
フィードバックを送信中...
フィードバックをお寄せいただきありがとうございます。
申し訳ありませんが、お客様の投票の記録に失敗しました。もう一度試してください。
違反を報告
レビュー を日本語に翻訳する

manish
5つ星のうち5.0 Awesome!!
2019年10月20日にインドでレビュー済み
Amazonで購入
One my favorites!! Even with all the clues and hints given through out the story I couldn't figure out the solution!! This is how a honkaku mystery book should be.. I will definitely be reading Murder in the Crooked house.. I hope more of Soji Shimada-san's works get translated in English.
続きを読む
1人のお客様がこれが役に立ったと考えています
役に立った
フィードバックを送信中...
フィードバックをお寄せいただきありがとうございます。
申し訳ありませんが、お客様の投票の記録に失敗しました。もう一度試してください。
違反を報告
レビュー を日本語に翻訳する

Anne Whight
5つ星のうち3.0 Can you solve the cold case?
2015年12月7日にオーストラリアでレビュー済み
Amazonで購入
This is a clever locked room style murder mystery in which the reader is invited to try to solve an old cold case. Personally I found it a bit too dry and sterile for my liking. It lacks the action that is characteristic of more modern crime writing and so it seemed to lose some of the the momentum. That said, I did finish the book and it was an interesting story, well written and smoothly translated. The ending was unexpected but made sense so it was a satisfying read.
続きを読む
役に立った
フィードバックを送信中...
フィードバックをお寄せいただきありがとうございます。
申し訳ありませんが、お客様の投票の記録に失敗しました。もう一度試してください。
違反を報告
レビュー を日本語に翻訳する