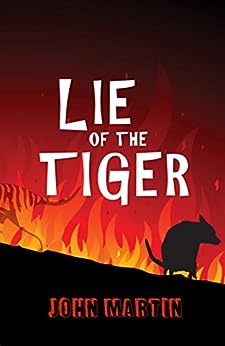 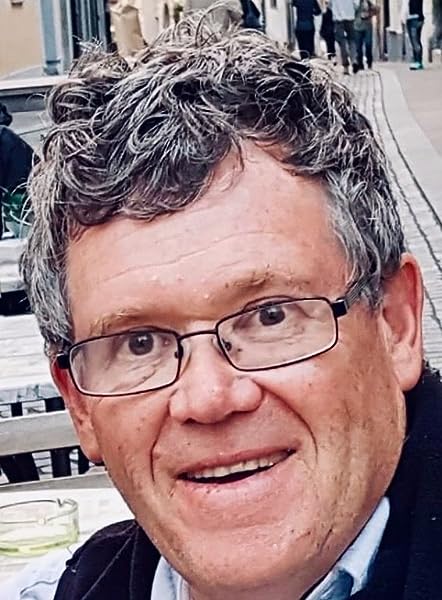 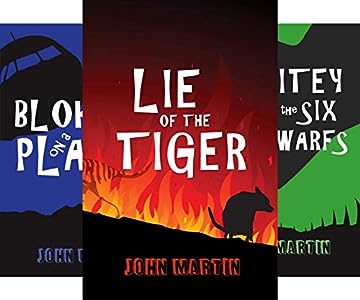 Jennifer
5つ星のうち4.0 ‘The huge Irishman wound down his window and squinted.’
2017年5月22日にオーストラリアでレビュー済み
Amazonで購入
Welcome back to Windy Mountain, back to the Tasmanian Tiger Museum (established in ‘Do Tasmanian Tigers Eat Apples’, and now seriously in need of repair. Paddy O’Brian is to be the new manager. But, before he even reopens the museum, he’s told that he has two weeks to make it work, and that he’ll have to raise the entrance fee to nineteen dollars. Otherwise, the building will be demolished and replaced with a dozen wind turbines.

Is this possible? Even in idiosyncratic Windy Mountain where only mayors and former mayors are allowed to own dogs? Hmm.

‘This was one of the problems with getting old. You had no choice but to mix with whoever was still alive.’

Thus begins a funny tale, with more than a few twists, with more than a few laugh-out-loud moments as well. Is anyone in this town who they pretend to be? There are secrets and hidden agendas to be uncovered, as well as a couple of mysteries to be explained.
Read it, laugh and then, like me, wait for the next instalment! I do hope that Mr Martin can write quickly.

Kathy Carney
5つ星のうち4.0 A Little Mystery, a Little Supense and a Lot of Laughs
2017年6月25日にアメリカ合衆国でレビュー済み
Amazonで購入
Irishman Paddy O’Brien has just arrived on Windy Mountain with the daunting task of reopening the Tasmanian Tiger Museum and making a go of it in a few short weeks. Unfortunately for Paddy, he looks like Moose Routley, who terrorized the mayor in the first Windy Mountain book, “Who Knew Tasmanian Tigers Eat Apples!” Paddy is assisted by Wish-Wash and Oodles (decidedly older and crankier than they were in the first book) and the two old men come up with a scheme for a new exhibit that just might save the museum.

“Lie of the Tiger” has mystery (who are the two shady characters who have hired Paddy to reopen the museum and why are their goons after Oodles?) and suspense as a bushfire consumes the countryside, but most of all it has laugh-out-loud-until-you-can’t-help-but-feel-good humor. John Martin’s forte is his funny, quirky characters and there is one around every corner of Windy Mountain.

Will the Tasmanian Tiger Museum be saved? “Scat” right out and buy this book to find out!
続きを読む
4人のお客様がこれが役に立ったと考えています
違反を報告
レビュー を日本語に翻訳する

Kindle Customer
5つ星のうち4.0 Bundles of Fun
2021年3月29日にアメリカ合衆国でレビュー済み
Amazonで購入
Everything about this tale amuses. From the mixed up names to the relationships that are strictly suspect. Little bits of romance bring delight, and the disasters are so creative.
続きを読む
違反を報告
レビュー を日本語に翻訳する

JeffDH
5つ星のうち3.0 quirky story
2021年2月18日にアメリカ合衆国でレビュー済み
Amazonで購入
As the author put it, a zany story... not serious or intense, just a quirky story that I was really caught up in. Amusing but not riveting mystery - just light reading for entertainment.
続きを読む
1人のお客様がこれが役に立ったと考えています
違反を報告
レビュー を日本語に翻訳する