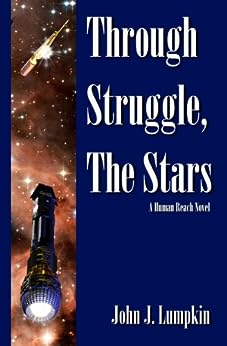 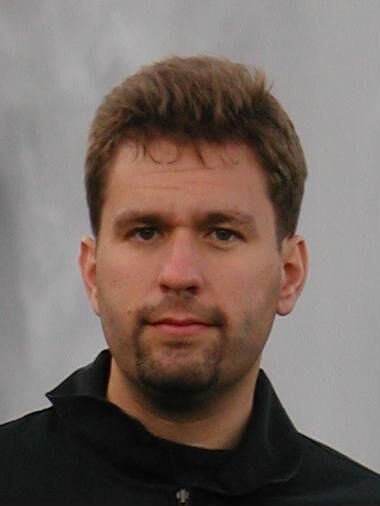 In 2139, a network of artificial wormholes has allowed humanity to reach nearby stars, where nations fiercely compete to settle new colony worlds. War is imminent between Earth’s top powers, China and Japan, for reasons that no one entirely understands.

Neil Mercer, a freshly commissioned officer in the United States Space Force, is assigned to shepherd a senior spy on a covert mission that risks drawing America into the conflict. In a story featuring high adventure, interstellar intrigue and some of the most scientifically realistic space combat depicted in fiction, Neil and his comrades must face difficult questions about duty, citizenship and national interest as they struggle to discover why the war threatens to engulf every nation on Earth.

A hard science fiction novel by a former Pentagon and CIA reporter for the Associated Press. Recommended for fans of Tom Clancy, Patrick O’Brian, and Robert Heinlein. 115,000 words. 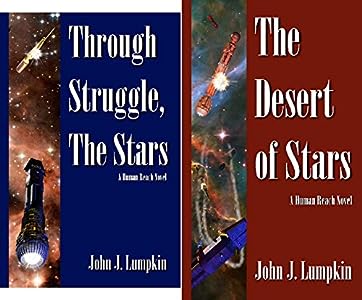 D. R. Cantrell
5つ星のうち3.0 Good value entertainment
2012年5月8日に英国でレビュー済み
Amazonで購入
... or, as I immediately thought, Per ardua ad astra. An apt title for this story, and the Latin version even shows up in the text, with the institution bearing it being a direct descendant of the Royal Flying Corps, who are congratulated on their far-sightedness.

It's a tale of a young man who enlists in the military with all kinds of gung-ho ideas about what he wants to do, but who ends up, sulkily and largely by accident, as an intelligence officer - and finds that he thoroughly enjoys it. The world-building is intriguing and largely consistent, but the characters are a little flat. But for less than two quid I can't complain. It was enjoyable, and even if it's a bit of fairly mindless cheese, it's good value for money.
続きを読む
1人のお客様がこれが役に立ったと考えています
違反を報告する
レビュー を日本語に翻訳する

Ms. Ashley R. Pollard
5つ星のうち4.0 High Fidelity Space Romp
2019年9月17日に英国でレビュー済み
Amazonで購入
I wasn't totally convinced when I started reading this novel, but by the end I was hooked and wanted to read more. Finding out that there's a sequel was good, but given the third book has yet to come out is disappointing. Hence 4 stars.
続きを読む
違反を報告する
レビュー を日本語に翻訳する

The written world (and space) in this story's universe are well conceived and believable right from the get-go. The technical description of the abilities of Human-kind's endevour into colonising space is well detailed, but not complex - so it is easy to take on board.

The space battles are highly gripping, and you can almost feel the heat from the lasers scoring the hulls of the ships in the combat. Again for the ground combat - you can easily put yourselves in the boots of the men and women fighting.

I'm looking forward to getting the next one in the series.
続きを読む
違反を報告する
レビュー を日本語に翻訳する

Nick
5つ星のうち5.0 A great read
2015年4月9日に英国でレビュー済み
Amazonで購入
brilliant sci-fi novel, with a focus on space military and politics. I can only imagine how difficult it must have been to conjure future military tactics and weaponry, as well as extrapolating the development in global powers based on our current world.

If you're into space battles, power conflicts, or simply wonder what awaits us among the stars, I would recommend this book.
続きを読む
違反を報告する
レビュー を日本語に翻訳する

Tully Elliston
5つ星のうち5.0 If you like hard Sci-Fi, you should read this.
2015年3月16日に英国でレビュー済み
Amazonで購入
This is excellent hard military sci-fi. Your immersion will not be broken by the science within. The space combat is excellent, Newtonian and similar to that seen in Aurora 4x (a space combat simulator). The focus is as much on politics as warfare and comes across as extremely intelligent and well thought out, very true to life. There is a sequel which is also excellent. Well worth a look!
続きを読む
1人のお客様がこれが役に立ったと考えています
違反を報告する
レビュー を日本語に翻訳する
すべてのレビューを参照します
問題を報告
この商品には、不適切な内容が含まれていますか?
報告
この商品は、著作権を侵害していると思いますか?
報告
この商品には、品質または書式設定の問題が含まれていますか?
報告