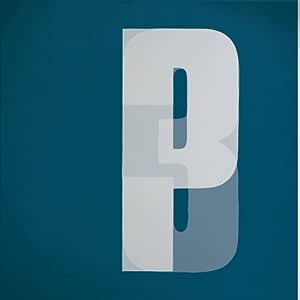 Portishead's Third has been a long time coming, the result of a lengthy creative torpor following 1997's dark, distinctly underrated album Portishead. Importantly, though, they've shaken it. While the core trio of Beth Gibbons, Geoff Barrow, and Adrian Utley remains, this is quite a different band to Portishead's 90s incarnation: gone is the slo-mo turntable scratching and smoky jazz feel, replaced by heavy, brooding rhythms, vintage-sounding electronics, and spindly guitar. Still present, though, is that sense of emotional fracture and deep gloom. "Silence" opens with a dense drum loop which suddenly falls away to reveal Gibbons' voice, cold but magnificent: "Wounded and afraid, inside my head/Falling through changes". "Nylon Smile", meanwhile, is a fine example of Third's occasional folksy edge, an acoustic song reminiscent of Leonard Cohen that, around its midpoint, lifts off on a propulsive electronic rhythm, Gibbons holding one clear, hard note as synthesisers bubble beneath. At times, it's a harsh and foreboding listen: the electronic drums of "Machine Gun" might put off the listener hoping for smooth dinner party fare. But Third is a brave and forward-thinking return, and one great enough to justify its lengthy gestation. --Louis Pattison

Hugely anticipated 2008 from the UK Electronic outfit. It's been ten long years since PNYC and the wait is over! Third is the 2008 album from Portishead. They are a trip-hop group from Bristol, England, named after the nearby town of the same name. 11 tracks.

T. Schoon
5つ星のうち4.0 Portishead's Third on Vinyl
2013年3月8日に英国でレビュー済み
Amazonで購入
This is a review of the Limited Edition 2LP Vinyl version.

If you've got this far (reading reviews on Amazon) then you may as well just add it to your basket now. I seriously regret not having heard this album when it was released in 2008. I am, however, pleased to have waited and heard it for the first time in the excellent vinyl edition.

The album is split across 2x 12" running at 45rpm.
The quality of the gatefold package and audio is top-notch. I must admit to getting a thrill seeing the Portishead 'P' logo spinning round the turntable too!

Musically the album is excellent and a return to form, in my humble opinion. Portishead's self-titled second album had some great tracks on it but wasn't quite as earth-trembling as 'Dummy' for me. 'Third' is fresh, smooth, harsh, brave and stunning. From the opener on side A to the closing drones on side D it's an album you can sit and digest or have on for a bit of a down-tempo boogie. Whatever your surroundings, it is an album to be heard and demands attention.
The production is the best out of all three albums, in my opinion. Portishead have worked together and apart and now are in such a groove with themselves that back together again they sound tighter than ever.

If you've never heard it but are looking for something new and enjoy Portishead's 90s efforts along with those of Massive Attack and Tricky (to use but two examples) then listen to it on vinyl first, you won't regret it. If you've got the CD rattling around and have a turntable, convert the CD into a coaster and get this on vinyl, you really won't regret it!

P. R. HALIDAY
5つ星のうち5.0 A huge artistic leap
2014年5月3日に英国でレビュー済み
Amazonで購入
Portishead's third album was a terrible shock when I first head it, but leaving it a few years and then watching them at Glastonberry perform it live I realise it was a huge artistic leap that was too great for some including myself at the time.

Go back and listen again if you hated it first time round, it makes more sense now.

Never have I heard something so barren, moving and yet beautiful at the same time.

Beth's vocals exhibit a vulnerability that most of us feel, yet perhaps we are not able to admit to ourselves.

SamusAranOwns
5つ星のうち5.0 Third - Portishead - 2008
2013年2月22日にカナダでレビュー済み
Amazonで購入
After more then ten years since their last release, Portishead returned to the spot light with their third album properly titled Third. But Portishead returned with a totally different sound, while retaining the overall dark atmoshere they would be known for from their 90's efforts. The use of samples is much more agressive on this album, most notably on the song "Machine Gun" which has Beth Gibbons screaming vocal harmonies over crashing machinery. "The Rip" is a beautifull acoustic balled that turns into a euphoric landscape of synth. Beth Gibbons vocal delivery throughout this album is truely chilling, and you won't hear her doing any of that weird Sean Connery stuff like on the last Portishead album. The song "Magic Door" shows off a unique percussion hook, and the song "Threads" is a sneaky peice that builds into a loud and vigorous roit where Beth is screaming over crashing percussion and roaring synths. I'd say that this is the best that Portishead has ever sounded, and further that this is one of the best albums of 2008.
続きを読む
役に立った
フィードバックを送信中...
フィードバックをお寄せいただきありがとうございます。
申し訳ありませんが、お客様の投票の記録に失敗しました。もう一度試してください。
違反を報告
レビュー を日本語に翻訳する