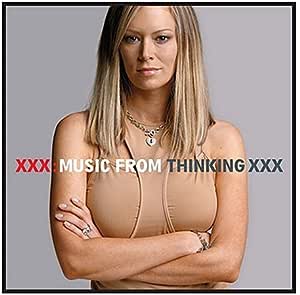 kitty pryde
5つ星のうち4.0 Only AA but...
2004年11月22日 - (Amazon.com)
Recently a book called XXX came out. In the book, there were several intimate portraits of various adult film stars along with lots of information about them. Then HBO made a documentary about the book. And so finally here I am, reviewing the soundtrack to a documentary to a book. At first, I found the very idea of this soundtrack to be excessive and sort of obnoxious. That is until I realized that I really liked a lot of the music on the soundtrack. Basically, this is a really good collection of tunes. I, of course, already had the Velvet Underground song and was already familiar with the infamous Peaches. Her song "AA XXX" seemed to be a inspiration for the documentary's title or perhaps just a great coincidence. But all the songs on the CD are really great! It turned me on to Princess Superstar, who I'm going to be checking out very soon. Tiga and Heather Hunter (adult firm star turned musician!) both contribute certified party bombs to this collection. Also the exclusive Ladytron track ("Sugar") is a winner. Sometimes you want a fun mix of songs to put on and this soundtrack is shockingly satisifying and worth your dollars! Check it out if you get the chance.
続きを読む
10人のお客様がこれが役に立ったと考えています
レビュー を日本語に翻訳する