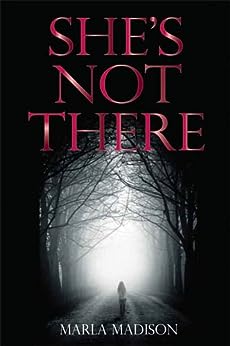 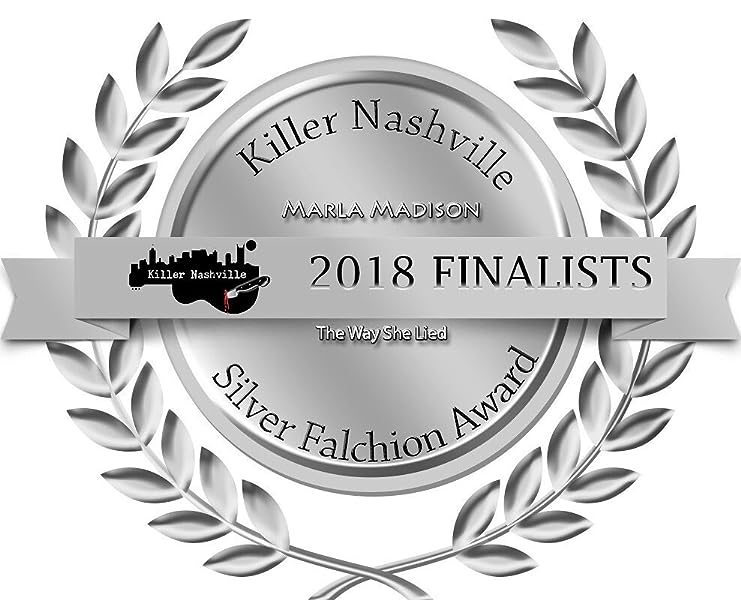 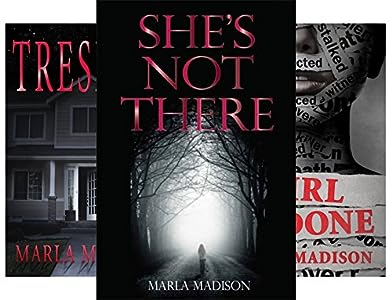 Marla Madison is a retired Federal Mediator, now working as an Arbitrator for the state of Iowa and the Federal Mediation Service. She's Not There is her debut suspense novel and has been followed by Relative Malice. Marla is working on a third in her home on Prairie Lake in Northwestern Wisconsin where she lives with her significant other, Terry, a beloved shelter-dog, Skygge, and Poncho, an opinionated feline from the same shelter. Contact her at: mam887@yahoo.com http: //marlamadison.blogspot.com --このテキストは、paperback版に関連付けられています。

Amazon Customer
5つ星のうち3.0 You could do better
2016年3月17日に英国でレビュー済み
Amazonで購入
Women who have suffered domestic violence are going missing. Psychologist Lisa investigates. A reasonable premise, which was why I downloaded it. Unfortunately the book is so slight it's easier to say what it isn't than what it is.

First of all it doesn't thrill, which I thought was the point of this genre. No suspense. Hold your breath and turn the page? Nope. The horror, claustrophobia and sheer controlling nastiness of domestic violence is entirely absent.
Then there aren't any memorable characters. There's TJ, the sassy black woman, who I kind of remember as she's a bit of a caricature. Couldn't tell you anything about what motivates Lisa or the others. They just seemed quite cold privileged people that I didn't get to know or sympathise with.
The writing itself is OK, but rather pedestrian. There is a lot of mundane detail, he said, she said, then they. My old dad used to call this type of prose: 'and then we put the cat out' writing.
So why give it three stars, rather than two? It's well formatted and unlike a lot of Kindle books, has been properly proofed. Would I recommend it? Not really. It's not bad, but it's not terribly good either.
続きを読む
3人のお客様がこれが役に立ったと考えています
違反を報告
レビュー を日本語に翻訳する

pollyanna
5つ星のうち2.0 The author was obsessed by men's hair!!
2014年11月23日に英国でレビュー済み
Amazonで購入
Thiis was a rather ordinary sort of book -not really believable- and I didn't like any of the characters much. The way TJ alternately spoke 'Jamaican' and American was a bit strange.I found the author's obsession with how men's hair looked to be very off-putting!! As soon as a new man was described,it was hair first!! I also found Lisa the therapist having an obession with a younger man after a series of unstisfactory affairs very strange. She came over as needing sex no matter who with!!
The story was based around the fact that there were a lot more than the average number of missing women who had a history of being abused by their partners. Lisa the therapist, TJ , a PI and 2 of the husbands came together to 'investigate' the case. It was so very unlikely and the outcome also unrealistic it just didn't do it for me. I found all the unpronouncable place names made for jerky reading too. I won't be reading anything else by this author. I'm just glad it was a freebie.
続きを読む
5人のお客様がこれが役に立ったと考えています
違反を報告
レビュー を日本語に翻訳する

Hullabaloo22
5つ星のうち4.0 This book gets it's title from an old Zombies song ...
2016年3月22日に英国でレビュー済み
Amazonで購入
This book gets it's title from an old Zombies song of the same name. Lisa Rayburn, a volunteer counselor, runs a course called 'How To Prevent Domestic Abuse'. She becomes concerned when Jamie Denison misses an appointment with her, especially when Jennifer Hansen produces a thesis revealing the large amount of domestic abuse suffers that have vanished. Lisa joins forces with TJ, formerly with the police now a PI; and Eric and Jeff, two men whose wives are amoung the missing to try to find out what is really happening to these women. There is a lot of suspicion between the four at first, but as they get to know each other they develop a trust and reliance on each other that becomes tested as deaths begin to happen around them. 4 stars.
続きを読む
1人のお客様がこれが役に立ったと考えています
違反を報告
レビュー を日本語に翻訳する

Amazon Customer
5つ星のうち4.0 Intriguing premise
2013年2月13日に英国でレビュー済み
Amazonで購入
I read this book to this end and enjoyed it. The premise is good - if a woman vanishes and the police records show reports of abuse by that partner then he will be the obvious suspect.
We follow our protagonist Lisa, a psychologist, who begins to suspect that perhaps a killer is preying on abused women knowing their partner will get the blame. Unable to convince the police she embarks on an investigation that becomes increasing dangerous as the killer is alerted.

The location is real and the story is dotted with names of local places but I had difficulty visualising them because there wasn't enough description. I also didn't find the characters interesting enough for the amount of time we spent with them. Too much credit was given to plastic surgery, imo, and I was disappointed with the way Lisa dealt with her suspect.

Karen's World
5つ星のうち4.0 Who is the killer?
2016年7月31日に英国でレビュー済み
Amazonで購入
This gets you from the very beginning and you just cannot put it down. For a police and private investigator story this has it all also keeping you guessing for a long time who the actual killer is and I must say I did not guess who it was at all, so that always makes a great story. Abused women would normally make you sad but this kept you looking for the reasons and then why would anyone want to kill them. This is the first book I have read from this author and I really enjoyed it so much that I read it in a day! Looking forward to reading the next one by Marla Madison.
続きを読む
1人のお客様がこれが役に立ったと考えています
違反を報告
レビュー を日本語に翻訳する
すべてのレビューを参照します
トップへ戻る
Amazonについて
Amazonでビジネス
Amazonでのお支払い
ヘルプ＆ガイド
日本語ショッピングのための言語を選択します。 日本ショッピングのための国/地域を選択します。
© 1996-2020, Amazon.com, Inc. or its affiliates