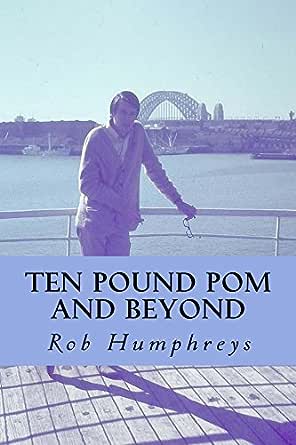 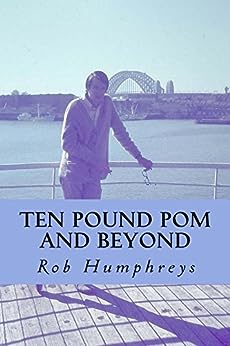 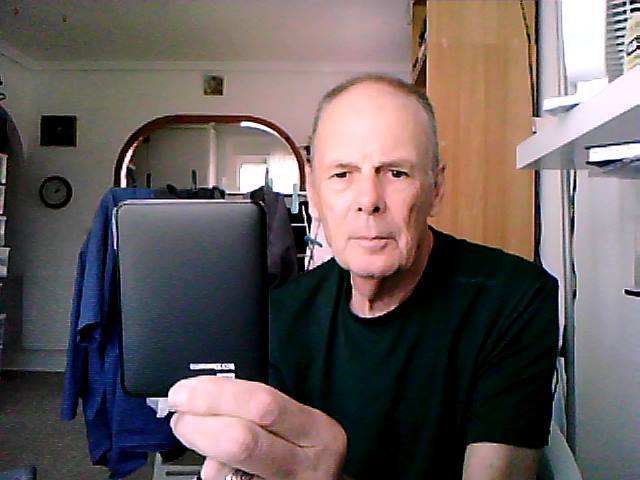 In 1970 I sailed as a Ten Pound Pom from Southampton to Sydney, Australia.
I was keen on the idea of working overseas and was determined to make things happen. At the time there were lots of opportunities overseas. Newspapers carried adverts for overseas jobs like Hong Kong Police or British Antarctic Expedition. Also the Commonwealth countries – Canada, Rhodesia, South Africa, Australia and New Zealand always wanted new people and tempted people with adverts for the chance of a new life.
So I decided to apply for them all and the first to accept me I would go. I was not really fussy – they were all unknown but abroad and that was all that mattered. I was 27, single and no ties. I had no real trade and came from an office background. Australia was the first to reply and accept me, so that's where I went.The only stipulation was you had to stay for two years to take advantage of the ten pound fare. Should you return before then you had to refund the fare – not the ten pounds fare but the full unassisted fare - and of course pay your own fare back. For ten pounds you could choose between a flight or a sea passage. The Australian Government also threw in a week's stay in a hostel in Sydney with meal tickets. Quite a bargain. I was in my twenties, single and anxious to travel so it was an easy decision to make.
This book covers the voyage, my stay in Australia – work, travel and play and also travels beyond. Realising half way around the world was not that far really and with so much more to see I made a return to the UK. From there I went to work in Germany, Saudi Arabia and Algeria.
The book also includes my experiences of travelling in the USA, Canada and Mexico mainly by Greyhound buses.

Born in Upney, near Barking Essex in 1942. Travelled to Australia as a Ten Pound Pom in 1970 and spent the rest of the decade working overseas. Took up freelance writing in the nineties and also worked on Internet Music Forums before getting into web site design and maintenance. Retired in 2007 to live in Spain. I love writing about nostalgia and the past. Music is one of my great passions - mainly americana, folk, country and rock'n'roll. I am also a great cat lover and owned cats most of my life. I currently share the house with three Norwegian Forest cats.

Jax
5つ星のうち4.0 Ten Pound Pom
2015年5月28日に英国でレビュー済み
Amazonで購入
Really enjoyed this book. When you meet Rob you just think of him as a quiet man living with his cats. After reading his book you realise that this man has packed more into his life than everybody else you know put together. As a rule I don`t read biographies but for such an exceptional life as his I am prepared to make an exception.
続きを読む
1人のお客様がこれが役に立ったと考えています
役に立った
フィードバックを送信中...
フィードバックをお寄せいただきありがとうございます。
申し訳ありませんが、お客様の投票の記録に失敗しました。もう一度試してください。
違反を報告
レビュー を日本語に翻訳する

Belinda
5つ星のうち4.0 Easy to read and interesting
2016年7月15日に英国でレビュー済み
Amazonで購入
This was the authors second book and I enjoyed it much better than the first as I could relate to it being a Ten Pound Pom myself.
It was easy to read and felt disappointed when I had finished it as I was so interested in what his next job and travel would be.

michael
5つ星のうち5.0 Give it a try.
2016年7月15日に英国でレビュー済み
Amazonで購入
A good book this, a pleasant, easy read full of memories of times gone by. I would have loved it to be longer and look forward to another publication from this author. Give it a try.
続きを読む
役に立った
フィードバックを送信中...
フィードバックをお寄せいただきありがとうございます。
申し訳ありませんが、お客様の投票の記録に失敗しました。もう一度試してください。
違反を報告
レビュー を日本語に翻訳する

It was really enjoyable to read about your adventures. I never realised that you had done so much.

SandyC
5つ星のうち5.0 Whether you're an Aussie, a Pom, or neither ... highly recommended
2019年5月19日にオーストラリアでレビュー済み
Amazonで購入
Loved it. As an Aussie, it was so interesting to see my country from an Englishman's perspective.Rob's experiences were fascinating, his observations perceptive, and his writing style so easy to read. I wasn't intending to read his previous book, Class of 1957, as it was about his English schooldays, but having found Ten Pound Pom so enjoyable I have his earlier one ear-marked to be next in line. Highly recommended, whether you're an Aussie, a pom, or neither.
続きを読む
役に立った
フィードバックを送信中...
フィードバックをお寄せいただきありがとうございます。
申し訳ありませんが、お客様の投票の記録に失敗しました。もう一度試してください。
違反を報告
レビュー を日本語に翻訳する

Sunshine
5つ星のうち3.0 Interesting tale
2015年6月12日にオーストラリアでレビュー済み
Amazonで購入
I too was a 'ten pound pom' so I was looking forward to reading about Rob's experiences. While his story was interesting, it was more about the twists and turns his life took, rather than his experience as a ten pound Pom. I arrived as a young person, while Rob was in his twenties - so maybe that's why I was a bit disappointed. That's not his fault of course, but I was hoping for memories of school, hostel life etc. In fact, relatively little of his story concerns his early days in Australia.
He has certainly had an interesting life, and I read the book to the end. It would benefit from a good editor as there were a few annoying grammar and spelling mistakes. So, in summary - it's the story of an interesting life but I would have liked more on his early experiences in Australia.

Charles E Simonds
5つ星のうち4.0 Good book well written
2015年6月11日にオーストラリアでレビュー済み
Amazonで購入
Good book well written, very interesting life of a person who has done a lot in his life. He has lived in the sort of places where most of us could never imagine, very good word pictures.
続きを読む
役に立った
フィードバックを送信中...
フィードバックをお寄せいただきありがとうございます。
申し訳ありませんが、お客様の投票の記録に失敗しました。もう一度試してください。
違反を報告
レビュー を日本語に翻訳する