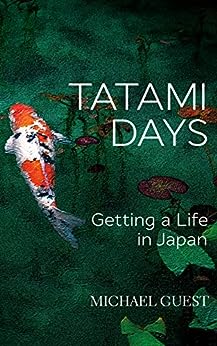 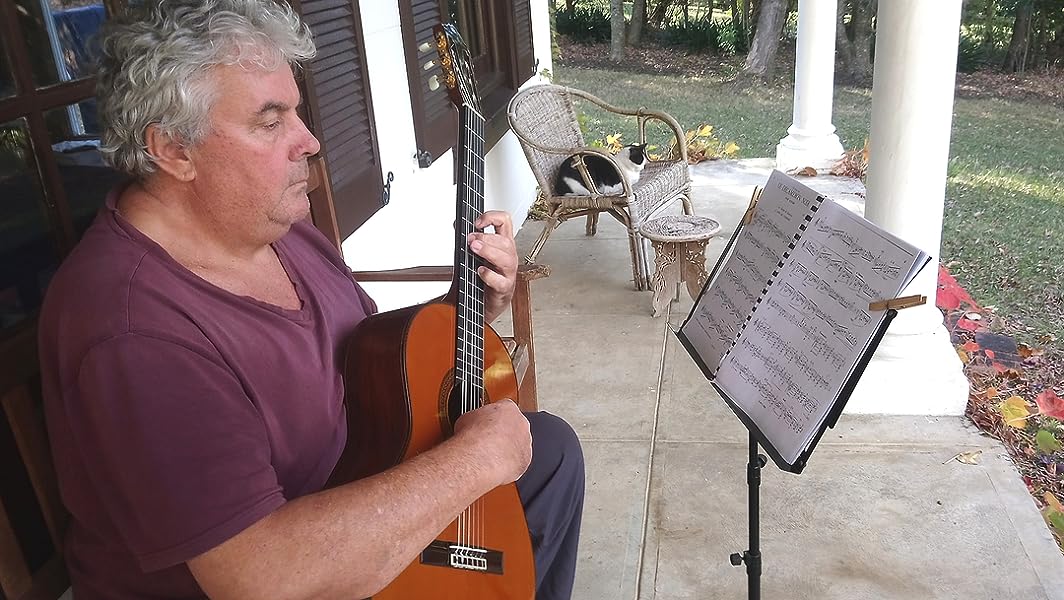 Tatami Days: Getting a Life in Japan (English Edition) Kindle版

"Rarely is a reader granted such enlightened insights into the people and culture of Japan. Guest takes us into the Japanese psyche, exploring social mores, the underlying meanings of simple actions, and the historical and religious fabric that knits the people together. . . ."--Brian Armour, author of Future Crime

"He draws his tight literary portraits from his experiences living and tertiary teaching in Japan. I was enchanted to learn the micro-details of a culture of micro-details."--Gloria Lee McMillan, editor of Orbiting Ray Bradbury's Mars.

"Tatami Days is about an Australian gaijin (the author) who moves to Japan to take a teaching position with no particular plan to stay. It's an adventure, the kind we all relish. The story takes him all over Japan (Tokyo, Shizuoka, Nagoya, Kyoto) with which he provides detail how each of these places differ again educating me that Japan is of many different regional cultures, a place of diversity yet always girded by the overall culture of quiet civility, minimalism, and humility. That I am from America, this can only make me laugh at my own country, so profoundly opposite. He also juxtaposes history against his current experiences, making this book multi-layered and rich.

"The book permeates your psyche . . . . his calm, poetic, detailed writing style, always with a touch of light irony, full immersion. The book is, indeed, very Zen. It is an absolute must for anyone going to Japan. It will make for an excellent primer."--Virginia Arthur, author of Treed and Phat('s) Chance for Buddha in Houston

Son of a Hong Kong WW2 refugee father and Scottish-Australian mother, Michael Guest was born in 1954 in the coal mining town of Lithgow, Australia. He lived, worked and studied in Sydney and the south coast of NSW, taking his PhD in modern literature (Samuel Beckett) at the University of Sydney. He moved to Japan in 1991 to teach English at business school in Nagoya, before accepting a position at Shizuoka University, where he would become a full Professor in media and cultural studies and a founding member of Japan's first national faculty and graduate school of informatics. He published many academic and media articles, some of which have appeared in The Australian newspaper, Australian Book Review, Australian Society, Journal of Beckett Studies, and Education about Asia. Michael recorded broadcasts as a freelance researcher and commentator on Australian Broadcasting Corporation (ABC) Radio National and co-edited the book Essentially Oriental: R.H. Blyth Selection (Tokyo: Hokuseido Press, 1994), alongside Kuniyoshi Munakata, Leader of the Noh Shakespeare Company of Japan. He lectured at prominent international conferences in Australia, Japan, the United States, Germany, Thailand and Taiwan on literature, theory, culture and education, retiring from his professorship and relocating to Australia in 2006, where he worked as a university lecturer. --このテキストは、hardcover版に関連付けられています。

Virginia Arthur
5つ星のうち4.0 The Next Best Thing to Being There
2018年9月21日にアメリカ合衆国でレビュー済み
Amazonで購入
I dreamed of Japan when I was reading this book and I have never been there, which illustrates the way Guest's book permeates your psyche. Even prior to reading this book, I was surprised and intrigued that Anthony Bourdain's favorite place “to die” was Tokyo but then again, maybe not since he was soothed by the Buddhist culture of Japan, it's serenity, mindfulness, depth. Point being, I was already thinking about Japan when I was introduced to this book.

Tatami Days is a diary about an Australian gaijin (the author) who moves to Japan to take a teaching position with no particular plan to stay. It's an adventure, the kind we all relish. The story takes him all over Japan (Tokyo, Shizuoka, Nagoya, Kyoto) with which he provides detail how each of these places differ again educating me that Japan is of many different regional cultures, a place of diversity yet always girded by the overall culture of quiet civility, minimalism, and humility. That I am from America, this can only make me laugh at my own country, so profoundly opposite (even as I type this, a commercial is showing a giant red truck maneuvering over giant boulders, the quintessential deep male voice booming that this is real freedom). He also juxtaposes history against his current experiences, making this book multi-layered and rich.

If you have been to a real Japanese restaurant, you know Tatami—removing your shoes, the rattan wall coverings, furniture you sit on the floor to use, subtle Buddhist designs of palm trees and lotus...as Guest says, “people tend to behave more gently, with better grace and humility, as if complementing the tatami.”

Guest starts out at a Japanese business college with a somewhat strict working culture that includes cleaning the building, and yes, this is in the job description, the context Buddhist, not meant to be demeaning as in western culture though Guest struggles with this. From this college he moves on to a more prestigious college, with all the hob hobnobbing of academia and a more loosely structured subculture.

Guest struggles with belonging throughout the entire novel, periods of loneliness leading him to wander around, something I think all foreigners may feel time to time. For awhile he adopts as his social home, a dive referred to as the bar owner as the “Fantastic Shop” where they engage in “nommunication” and drink copious amounts of sake, a little goes a long way. Here Guest meets other ex-pats, foreigners, locals, and your general weirdos that go with with any bar. He describes an acid type experience regarding a rat...and a little too much sake, the 'gloves are off' in other words with this “cultural experience”...The way he describes the whole scene, you feel as if you are there, staring at the rat, cockroaches, and not saying a word, not one word, after all, it's just an illusion...

The scene were he is practically forced (at pen point) to proofread a colleague's paper is almost shocking, a side of the academic culture for that time I did not anticipate.

“The traditional tea ceremony is supposed to have an effect of making the events that surround it in time assume significance: in retrospect, it is as though everything leads up to and radiates out from it. That was how I felt then: each incident had an auspicious glow.”

“The alienating spectacle – channeled flows of bodies and the all-pervasive Japanese speech – stimulated in me a new sense of my own ethnicity, of being one among a tiny but visible minority.”

“The quaint neighborhood had a dusty, honest humility. Lurid neon signs adorned its nightspots. Apart from the one word JOY, they glowed and sparkled with Japanese text.”

“Shouldering a soft leather briefcase on a strap, I walked alone and silent amid the conversation and laughter.”

“Generally, I like to try whatever is going. I ate fugu (blowfish) once, which can be fatally poisonous unless a specially qualified chef prepares it and removes the toxic organs. But I’ve drawn the line with dolphin and whale, though I’ve had the opportunity – it’s simply not necessary. Anyhow … this variety of sashimi has a philosophical edge for me,” I said, mesmerized again by the fish’s round black eye.”

“From our elevated position (a pun?), a view of the coastal plain stretched to Suruga Bay, the deepest bay around the archipelago and among the deepest in the world. From the windows on the other face of the building we could see the Southern Alps in the distance, snow-covered in wintertime; and then too, breathtakingly close, snow-capped Fujisan stood out crystal clear against the sky. She was our Mount Fuji and, as the official university symbol, figured prominently on our crest.”

“In spring, the media chart the progress of the blossoming cherry trees, as the front of warmer weather moves northward; everyone holds outdoor hanami parties for a week or so when the cherry blossoms reach full bloom in their town.”

“Young women wearing pink in imitation of their merchandise stood by the highway to encourage drivers to stop. They held in their hands balloon-sized inflatable plastic strawberries attached to string, which they would twirl around in front of them to catch the drivers’ attention.”

“I had planned two more stops for the day: Sensoji Temple at Asakusa and the electronics district of Akihabara. Riding the immaculate subway cars and treading the broad footpaths alongside affluent Tokyoites, first-time visitors are sometimes forced to reevaluate some inherited Eurocentric biases. My new friends were well-traveled, progressive thinkers, but mingling with the Japanese populace can have a humbling effect. Japan does not present Westerners with evidence to support ingrained, if unwitting, ethnocentric illusions.”

Concomitant with being a foreigner is the pull from 'back-home' that often requires a long-distance relationship and Guest has one of these, a Russian partner named Isabella, and neither of them seem to know what to do. Isabella visiting Guest in Japan, Guest going back to Australia, they finally come to a compromise. This is thread throughout the entire story.

Rather than the sometimes tedious nuts and bolts of Guest's working relationships, that did become a bit dull, almost boring, what I enjoyed the most were his experiences out of the collegiate realm, his explorations to sacred or significant Japanese sites in which he juxtaposes history against his current experience. Living next to an older Japanese widow, what happens to the 'jungle' after she dies, perhaps a tale of what happens everywhere these days, is bittersweet. And after all that, the bluster of moving up in the world, academia, the trials and tribulations, adventures, history, the end of the story comes down to something surprisingly simple and real.

Tatami Days could have been and possibly should have been more than one book. Guest tries to cover it all which makes it a bit unfocused, rambling, and sometimes dull in some places. The preface is clunky and verbose...but be assured, the book itself flows far better. Even so, I enjoyed his calm, poetic detailed writing style (including about the food), always with a touch of light humor or irony, full immersion, so much so, I felt like I was in Japan with him (and like all trips, there are those boring, tedious periods). The book is indeed, very Zen. It is an absolute MUST for anyone going to Japan. It will make for an excellent primer. Overall, I enjoyed it, was educated by it, and know it will prove to be a very memorable book throughout my life.