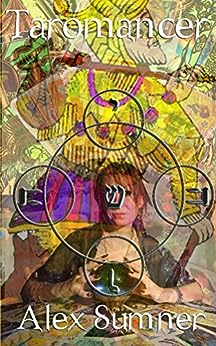 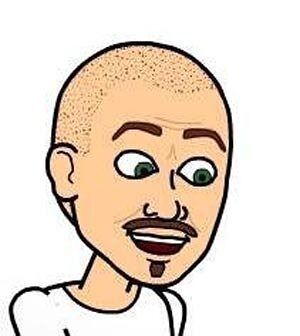 Alex Sumner is a novelist and writer on the occult. After having written several non-fiction articles for the Journal of the Western Mystery Tradition, he came out with his first novel, The Magus, in 2009. Alex is also an astrologer, tarot reader, and ceremonial magician. He lives in Essex, England. --このテキストは、paperback版に関連付けられています。

Robin
5つ星のうち4.0 An interesting view of another's experience
2014年3月29日に英国でレビュー済み
Amazonで購入
I finished this a couple of weeks ago but had to think about it before writing a review. This is fundamentally a 'loose' tale built around the Qabalistic experience of the main character. It starts of with a Tarot reader (Miranda) who is 'losing her faith' (for want of a better phrase). She meets the ubiquitous Nicodemo (who's name is doubtfully an accident chosen by the author at random), who kickstarts her journey though the Qabalistic 'Tree of Life'.

To start with she performs rituals which are described in great detail in order to consecrate her new Tarot deck. While I don't use all the ritual used in the book, I have used some of it and it is obviously Golden Dawn. However as with any description of ritual, it is extremely difficult to describe the experiential aspect of the ritual, and what I felt was missing in some instances was the 'feeling' for what the practitioner should/would be contemplating at each stage.

The story then moves on to Miranda being initiated into a 'secret society'. Apparently vaguely masonic, although the impression I get is that the author doesn't consider masons in general to be entirely at one with the purpose of the establishment to which they belong. Personally, having had a minor brush with what I shall simply describe as 'organisations', I find them somewhat elitist so avoid them like the plague and cannot really comment on the ritual that Miranda undergoes.

She then goes through a process that I am thoroughly familiar with, although hers is somewhat different from mine in nature, the 22 paths of the Qabalistic Tree of Life. Each path is represented by a Tarot Trump card, and Miranda meditates on the underlying symbolism, but concentrating on the meaning of a specific psalm for each path. It is never stated that these are 'Tree of Life' paths, but if that isn't the intention then this is a parallel approach to pathworking.

Where this differs from my own experience is the speed which which it takes place. The principle put forward is that the 22 paths should be taken over successive days leading up to specific date, whereas my own pathworkings were very much the opposite. In my own case each pathworking was to be prepared well in advance so that I knew exactly what I would be doing, and a few days left afterwards to allow the effects to 'sink in' and be mulled over.

The final part of the book deals more with the story, where the main characters meet up and reach a sort of conclusion in their dealings with each other.

Overall, I don't really know what to say about this book. In many ways it's a bit 'girlie' (the references to Tarot readers in general nearly always use 'her' and 'she') and much of the 'story' revolves around the relationship between two female Tarot readers, one who moves towards using her gifts for material purposes while Miranda uses the Tarot to develop her spiritual advancement.

I would mention that the book does appear to make the point that Christianity and Qabalah are not mutually exclusive. In fact at one point Miranda makes the point (this is my precis of it) that if more Christians spent more time understanding and contemplating the meaning of Biblical teachings, than they do getting involved in the politics of religion, there might well be a lot more enlightened Christians. My personal view is that this also applies to other religions. My perception is that the popular conception of Qabalah (thanks to the press) is that Qabalists, Satanists and Black Magicians all go hand in hand, whereas the reality is entirely different. While (as Taromancer demonstrates) the principles of Qabalah can be easily adapted to belief in Christianity, it does not sit well with the goals of these darker belief systems.

However to summarise, I find it difficult to be more objective about this book since much of its direction is something I already understand. I'd be interested to know what someone without any prior knowledge of Qabalah would make of it.

Oliver St. John
5つ星のうち5.0 Taromancer, by Alex Sumner: Review
2013年12月18日に英国でレビュー済み
Amazonで購入
This is a very entertaining, joyful and quite often hilarious read, especially for those that have an interest in the Western Hermetic Tradition. The book will enthral those new to the occult subject as much as it will delight those with a vested interest in it. I found the story to be full of surprises, indeed, by the time I read beyond chapter 5 it had turned out to be quite unlike anything I had imagined. Sumner seems to have made the book serve several purposes at once; while it works well as the witty tale of a reluctant fortuneteller, trying to find her way - with increasing desperation - through the vulgarity and self-obsessed nonsense of 'spiritual well-being' professionals, it is also a veritable grimoire, a completely workable system of Initiation. (I prefer to avoid use of the oxymoron, "self-initiation", since that term completely excludes one or two vital components in the operation.) It could also be regarded as an instruction manual in the art of Tarot divination. I can guarantee that no other book on Tarot divination or Initiation will give you as many laughs!

As a system of Initiation, it seems complete, and to his credit Sumner has avoided the vanity of deliberate 'blinds' and the like. Although the method and its terminology, steeped as it is in the Judaeo-Christian tradition, might be a little unpalatable to some of those that prefer their gods to wear darker clothing, there are some real (and very useful) 'secrets' disclosed here. For example, I suspect that very few people are aware that the systematic working of the paths of the Hermetic Tree from Aleph to Tav - in descending order, following the way called the Lightning Flash, the way that actually works! - is to culminate in the creation of an astral double, 'Golem', or, put in other terms, a resurrected Ka. Without keys like this, so-called 'pathworkings' are fairly useless. I should also mention that Sumner's explanation of the Dweller on the Threshold - something that must be encountered and dealt with by anyone that dares to cross the hazardous bridge from theory into practice - is the clearest and best that I have ever read. If only I could have read this book 20 years ago...

Towards the end of the story there is a very amusing exposé concerning the television production company that taromancer Miranda Warren's friend Tansie intends to use as a lever to fame and fortune as a TV psychic. Anyone that has any experience of the way that television production works will know there is no exaggeration here - it is difficult to parody a business where lying and deception are built in, by default. Perhaps I am cynical - one of the more sensitive elements of this novel is to show that professionals, busily engaged in the business of making profit from mass delusion, are nonetheless fragile, vulnerable human beings.

Those who simply want to read a good story, and that have no interest in the Hermetic tradition whatsoever, might find the details of the masonic-style Initiation ceremony (fictional for the most part, I would imagine) and the 3-week operation of the 22 paths (completely workable) are a little too, well, detailed. On the other hand, for readers such as myself, that are already consigned to eternal damnation for presuming to interpret scriptures in the light of knowledge as opposed to blind faith, all the detail of the working is more grist to the mill.

About me: I have written several books on the occult, including  The Ending of the Words - Magical Philosophy of Aleister Crowley , which is available from Amazon as a perfect bound paperback as well as Kindle. See also,  Hermetic Qabalah , and  Ritual Magick - The Rites and Ceremonies of Hermetic Light .
続きを読む
1人のお客様がこれが役に立ったと考えています
違反を報告
レビュー を日本語に翻訳する

A.
5つ星のうち5.0 Wonderful
2017年7月4日に英国でレビュー済み
Amazonで購入
I have thoroughly enjoyed reading this book, the storyline was engaging and the esoteric content has proved to be very insightful, i have touched on inner concepts that i have been unable to before. I shall definitley commit to the working in the appendix.

Angel P
5つ星のうち5.0 Meat for men.
2018年8月14日に英国でレビュー済み
Amazonで購入
This is a profound read. Mr Sumner is clearly a seasoned practitioner of the magic he writes about. This book is worth multiple visits and is also an excellent introduction to the actual practice itself. Simply Awesome
続きを読む
違反を報告
レビュー を日本語に翻訳する

Hervé Solarczyk
5つ星のうち4.0 Good novel!
2014年2月8日にフランスでレビュー済み
Amazonで購入
Easy to read, telling a pleasant story with an attaching character, this story is an initiatic path that will take the reader within the mysteries of modern Western occultism. For those who already know them, the perspective is somewhat refreshing; for those who don't, they will discover a magical world.
続きを読む
違反を報告
レビュー を日本語に翻訳する
すべてのレビューを参照します
トップへ戻る
Amazonについて
Amazonでビジネス
Amazonでのお支払い
ヘルプ＆ガイド
日本語ショッピングのための言語を選択します。 日本ショッピングのための国/地域を選択します。
© 1996-2020, Amazon.com, Inc. or its affiliates