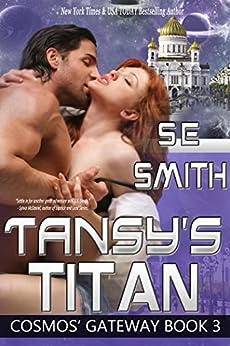 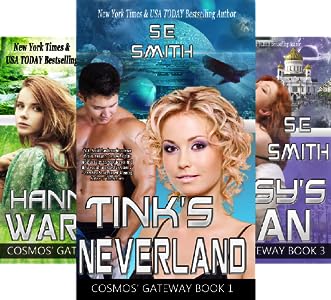 S. E. Smith is a storyteller who enjoys sharing the the worlds of her characters with others. She enjoys camping, traveling, and spending time with her family when she is not writing. --このテキストは、paperback版に関連付けられています。

"Settle in for another great adventure with S.E. Smith."--Sylvia McDaniel, Author of Lipstick and Lead Series.

Mak is the biggest of the brothers of the ruling family of Baade but he's also the most vulnerable. His size has intimated those around him all his life and as his brothers find their bond mates he longs for the same. But what woman, let alone a frail human one, will not cringe from him? Tansy Bell is the one he feels is meant to be his, and when she's in danger he goes after her prepared for her disgust. What he gets is a dream come true. Tansy protects herself after a love affair that ended in death for her lover. In the world of espionage she's immersed herself. She knows her life span is going to be short and when she achieves her goal she'll have nowhere to run on this planet. But what about another one? I loved this third book in the series the most. Mak and Tansy are the most damaged of the couples, in my opinion, and benefit the most from having a mate. It brings them both back from the edge of despair and gives them something to live for - each other. With more teasing glimpses of future stories and delightful updates on Tink and Hannah and their growing families, this is a series I will follow as long as the author keeps writing. - Night Owl Reviews --このテキストは、paperback版に関連付けられています。

Mrs Miller
5つ星のうち5.0 Another great installment
2012年11月30日に英国でレビュー済み
Amazonで購入
This book is a little darker than the other two, because the danger and pain goes through the whole book, rather than being an interlude in the romance. Mak because of his size, can't get a girl - the women on his planet are all terrified by him. Tansy, as well as being his bond mate is also the first female other than his relations, to stand up to him and not be afraid. However, there are lots of speed bumps on the road to happiness, which is littered with villains and mob bosses all trying to kill Tansy. The book is almost entirely set on earth, and we also see some developments in Cosmo's story which comes next after this one. I've actually given this book 4.5 stars as there are still plenty of grammatical errors cropping up in Smith's books. You would think that after all the books published by this author and numerous comments by reviewers that a little more care would be taken in the editing. I would happily pay more for this book if the author would spend more time polishing it up! I would also be more than happy to edit the book for the author before publishing!
続きを読む
2人のお客様がこれが役に立ったと考えています
違反を報告
レビュー を日本語に翻訳する

S. Wilson
5つ星のうち2.0 Not that good.
2015年10月23日に英国でレビュー済み
Amazonで購入
What on earth happened at the end? We have this incredibly tough character, Tansy, who's on a mission to extinguish the cruelty dished out by powerful and disgusting people. But as soon as the hero, Mac, comes into the picture, he wants to control her, even invading her dreams and molly coddle her. His first character assessment described him as a scary, but gentle giant, I actually think the guy was obsessive and controlling and wouldn't have been a good fit with the female heroine. The first clue was how their first hook up went down, that was a tad brutal, in fact S.E. Smith needs to work on her sex scenes as they are just not that sexy. The final chapter where it all suddenly goes BDSM was completely unnecessary and I would think really painful. I think SE Smith lost her way with this one.
続きを読む
違反を報告
レビュー を日本語に翻訳する

Kindle Customer
5つ星のうち5.0 wow
2014年4月26日に英国でレビュー済み
Amazonで購入
I found this author by accident, my current bank account might regret my find, but i totally don't. i'm going to give a broad review here. as i'm going to add this review to every book of S E Smith i have ever bought, I've got them all now. every book of hers i'm assuming here that S E Smith is a woman (it could be a man!) i read the dragon lords books first and went on from there, i'm only just getting around to putting up a review and because of the amount i books i'm just beginning to realize i had just bought, i don't have the time to write individual ones, i'm not a writer i'm a reader. lol
the fact that i preceded to spend the amount of money i spent on to buy all of her books, should tell you what i think of her/his writing. i just wish i had them all to read again for the first time. :)
続きを読む
1人のお客様がこれが役に立ったと考えています
違反を報告
レビュー を日本語に翻訳する

Hanbarn
5つ星のうち4.0 Good read
2018年9月12日に英国でレビュー済み
Amazonで購入
If you like the escapism of a sci fi book then this is for you. Hysterically funny and sexed up human family who end up on another planet. All part of a series which is highly entertaining.
続きを読む
違反を報告
レビュー を日本語に翻訳する

carrosvoss
5つ星のうち5.0 Another brilliant instalment in the series
2015年4月16日に英国でレビュー済み
Amazonで購入
It sucks to head every review of Smith's book 'another brilliant book/story/tale' but what else can you do when it's exactly that?!
Each book is full of interesting characters, enough action to keep you captivated but not overloaded with details so you loose the focus on what's important.
I laugh, I cry, I smile, I giggle and I continue with next book. What else can you do when the story sucks you in?
続きを読む
違反を報告
レビュー を日本語に翻訳する
すべてのレビューを参照します
トップへ戻る
Amazonについて
Amazonでビジネス
Amazonでのお支払い
ヘルプ＆ガイド
日本語ショッピングのための言語を選択します。 日本ショッピングのための国/地域を選択します。
© 1996-2020, Amazon.com, Inc. or its affiliates