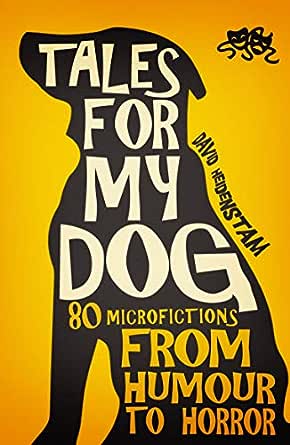 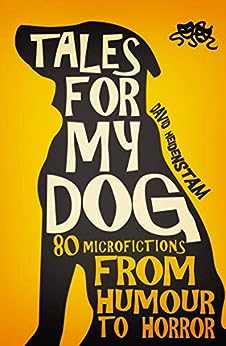 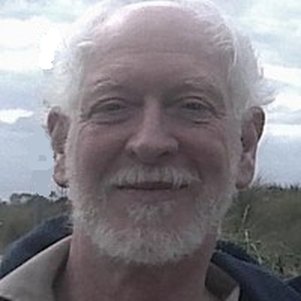 Tales for my dog: 80 microfictions from humour to horror (English Edition) Kindle版

No, NOT - mostly - tales ABOUT dogs!
**Shortlisted for Self-Publishing Review 2018 Book of the Year**
“Wonderful stories: remind me of shorter versions of Aesop's Fables or the Persian stories of Mullah Azrudin.” Editor of a long-established UK literary journal
“Really worth reading.” Peter Finch, UK poet, author, critic
“..highly original.. [The] writing is extraordinary.. I was staggered by some of the lines...” Philippa Donovan, founder of SmartQuill.
“...amusing, poetic, evocative, strange... a hugely enjoyable read” SPR Book Awards.
And from the reading public:
“really fun to read” (USA)
“some of it reminds me of the very clever Czech and Russian writers I studied” (UK)
“subtle and intelligent stories” (Germany)
“a work of high imagination” (France)
“very interesting way of describing the world” (Germany)
“I love it” (Serbia)

N.B. Not suitable for:
- Christians
- optimists
- those whose political correctness forbids irony & satire
- those hoping for nice stories about dogs.

David Heidenstam was born in Grimsby and grew up in Norfolk, UK. Trained as a political scientist, he has worked as a labourer, security guard, park-keeper, editor, house renovator, village postman, yacht-delivery cook/crewman, EFL teacher, and warden of backpackers' hostels in Ireland. As an occasional writer/editor for the Diagram Group in the 1970s and '80s, he was one of those responsible for the series of Body books (Man's Body, Woman's Body, Child's Body) that together sold several million copies in 16 languages, and in many cultures brought a dramatic shift in health and body awareness for ordinary men and women. His journeys have included hitch-hiking through Iraq just after the Ba'ath party had come to power, two Atlantic crossings on sailboats, and taking his father travelling for the last years of his life.

Jeremy Angelo
5つ星のうち5.0 Easily Relatable
2019年4月16日 - (Amazon.com)
In reading Tales for my Dog, I can relate to many of these short fables. For instance, throughout my life I have regretted not re-upping in the military to further support my brothers in arms and become an ingredient in the President’s omelette. In reading Learning the Language, I understand that if I changed that part of my life, I may have paid the ultimate sacrifice for my country and that if I changed one thing everything else would have changed. I think it is cute that not only does the title mention Tales for a Dog but there is also a fable in the book about keeping a dog. Cultural Exchange is funny but true. In How Things Became Ordinary, we all probably have a different idea of what the lion portrays. For me, it portrays human rights. The stories for the younger dogs (I.e., generations) are spot on in the author’s writing. I enjoy true stories and Part 2 makes you think what stories are true while you read the short stories. The Letter is really funny and reminds me of socialism in its modern form. One can almost hear the author’s sarcasm in his writing. I would love to know if that one is true. The author’s locations for writing these fables over the course of years is extremely impressive.

Note: I received a complimentary copy of this book, but this review is based solely on my own opinion.
続きを読む
レビュー を日本語に翻訳する

Riley
5つ星のうち4.0 Great book
2019年6月23日 - (Amazon.com)
This was an interesting collection of something between random thoughts, bits of dreams, and poetic ramblings. Some are amusing, some a little morose, some a bit cynical, yet all are entertaining and suitable to be read to our dogs as well; However mine has a sensitive soul and might not appreciate a few of the snippets. She highly approved of the cover, though.

I received a free copy of this book via Booksprout and am voluntarily leaving a review.
続きを読む
レビュー を日本語に翻訳する

H. Bane
5つ星のうち5.0 Really enjoyed
2019年6月26日 - (Amazon.com)
This was a good book. I enjoyed all the different little stories. The stories are well written. If you love short stories and fables you will love this book.