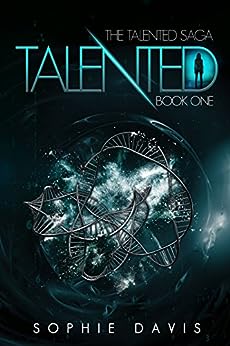 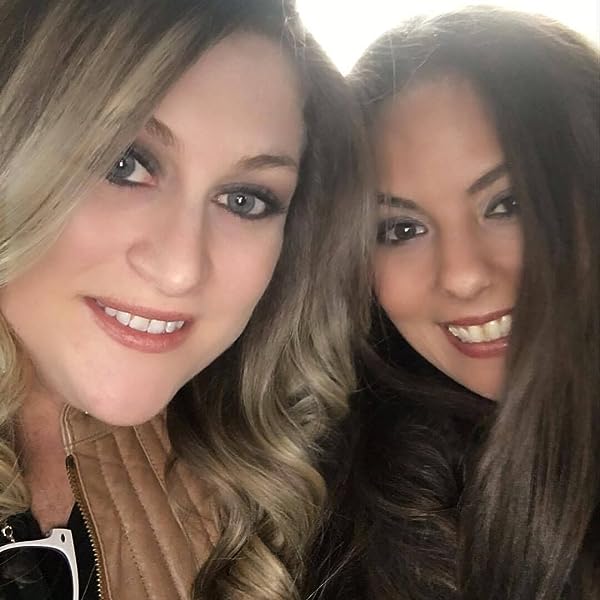 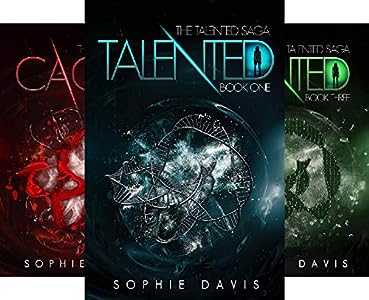 Cana
5つ星のうち5.0 Incredibly moreish book!
2014年5月5日に英国でレビュー済み
Amazonで購入
It has seemed quite a while since I have read a book that I just didn't want to put down, one of those ones that you wish life would stop, just so you could keep reading and reading. Well, this is one of those books for me. I absolutely loved it. The actual story was quite unique which was superb, well written and although I think there was a couple of editing mistakes (spelling and maybe the wrong word here and there - although being British this might have been the problem), it certainly didn't detract from the book. I liked how Sophie, put in such detail to describe what TOXIC was about, the different levels and people and their roles. She didn't expect you to learn all this on the go, it was there near the beginning of the book narrated by Tal. I found this a really good way of including it. I think there is some predictability within the story, although you haven't reached that bit yet, I am finding myself wondering if Mac is as good hearted as he seems, or maybe is he the bad guy, not Crane. Obviously i don't know yet, and maybe it is the twist or not, but it seems like that is where it is heading. I do prefer books that this kind of jumps out and really surprises you but at the same time I think it is an incredibly difficult thing to achieve and very rarely does that happen to me.
Having said that I simply cannot wait to get the next book, I am on tenterhooks. The characters are very well written, so much so that you either love them or hate them, or sometimes you switch it about as you can't really decide. Oh and Penny, really not sure about her, I think she is going to prove an interesting character in the later books. She seems a bit too good to be true! Definitely read this book.
続きを読む
違反を報告
レビュー を日本語に翻訳する

Laura Greenwood
5つ星のうち4.0 a trips down imagination road review
2014年9月29日に英国でレビュー済み
Amazonで購入
I received a copy of Talented from Netgalley in exchange for my review.

When she was 10 years old Talia saw her parents killed in front of her, and didn't know the reason why. She was then approached by a man called Mac who took her under his wing and took her to a school where her 'Talents' would be enhanced upon. After radiation poisoning the world changed completely, and some children are born with Talents, whether that is morphing into different animals, controlling minds or higher reasoning. As the only Elite Level Mind Manipulator, Talia's Talent is highly sort after, and upon joining the Hunters for her Pledge year, her last year of school, Talia joins Henri and Erik's team. Working together is difficult at first, especially when it becomes clear that Erik doesn't like Talia's boyfriend Donovan. For the first time in her life Talia finds herself making friends, and participating in Hunts brings her a new focus and sense of purpose. But not everything is as it seems and Talia's life is about to come crashing down.

Link to Goodreads
Link to amazon
I've read some great reviews about this book and some bad ones (and yes I know I don't normally even read reviews before reading a book) and I have to say I agree with the good reviews. This book really captured my imagination and I couldn't put it down, even though I really should have to have gotten some sleep! There were a couple of moments when the writing was a tad repetitive, but overall that didn't bother me and the strength of the story carried the book along.

What really interested me was the way that the love interests played out. Technically there is a love triangle, but actually I didn't feel that it was such (mainly because one of the boys shot himself in the foot so badly that it just isn't a contest). Plus it is different that Talia (which is short for Natalia by the way, loving the fact that the characters had normal names, makes such a change!) had a boyfriend at the start of the book, though to my mind there was something off about it. To me Donovan really seemed more like a habit than a boyfriend. Which does place me firmly in the Talia and Erik camp, their chemistry and connection was well developed and by the point that they actually both showed an interest in one another I was thinking 'FINALLY!'

There was plenty of action in Talented, mainly on the Hunts that Talia and the boys participate in, though these ranged from simple to complicated. I liked the fact that though Talia was female she was treated the same as the boys (though she wasn't when there was something else going on that was making her more vulnerable in general) and was just as kick ass as them. Though there was a moving moment between Erik and Talia when one of their Hunts didn't go quite to plan.

I didn't quite know what to make of Talia and Mac's relationship. Talia saw him as family but there was something about him that made me feel off, particularly with his interactions with Talia. I don't think that this is down to bad writing, in fact I do think that it is supposed to be like that and that just makes me question the whole society that Talia is a part of (which is most definitely the idea based on the epilogue). It also makes me very interested to see what happens next!

There was a clearly developed culture and history to the story, which Talia explains (first person narrative) at the beginning of the book. I thought that this was an interesting way to do it in contrast to if the author had used a prologue because then you do get Talia's perspective on the history and some of the politics that played a part.

This was a good read, had me turning pages til the very end, and I'm definitely intrigued as to what comes next!
続きを読む
1人のお客様がこれが役に立ったと考えています
違反を報告
レビュー を日本語に翻訳する

Red Ribbon
5つ星のうち4.0 Completly hooked
2013年10月13日に英国でレビュー済み
Amazonで購入
When Talia Lyons was six years old she watched the murder of her parents and the only thing that got her through the pain was the thought of one day taking her revenge on the man that killed them. She is taken in by a family who work for the government and helps her develop her talent which happens to be the ability to read and influence the minds of others around her. Everyone who is `talented' is taken to a military school and taught how to use their talents to benefit the agency and help them fight against the rebellion.

I really liked this story, it gripped me from the very beginning once I got over the idea that nuclear contamination would develop these talents and not actually kill and maim. It felt a little like the x-men at first but on a bigger scale. All children are forced to take a test at a young age and then if a talent is found, are moved to a school in order to develop their talent. Of course there were those who hated the idea of being taken away from the family and used in a war that they thought was wrong. For me it showed a wider story but as the MC is a teenage girl, we see the development of her relationship with Donavan and her team mates Eric and Henri.

I did feel that it spent a little too much time on her inner turmoil over the men in her life rather than the story of war but that said it still kept my interest. I just wanted her to question things a little more, I know she lived within the agency walls for a long time and she had never thought to question but even at the end in the middle of her solo mission, she still didn't think to question what she had been told and if there was something more out there. From the beginning when it was mentioned what the government do to you once you were tested positive, I just waited for the questions to arise, for people to ask what was really going on, though I think I might be a rather cynical woman who doesn't trust authority.

With all that being said, it was a good read, it hooked me and I read it quickly wanting to know what happened. Talia is a strong character and this first book only scratches the surface of what she can do and I can't wait to find out more about what is next for her and what her past really holds.
続きを読む
違反を報告
レビュー を日本語に翻訳する

Ashawoods
5つ星のうち5.0 Love at first page <3
2015年11月5日に英国でレビュー済み
Amazonで購入
I'm currently reading Created, the 4th book in the series. I was suffering from a "book hangover" and could not get into anything I read, I'd given a number of books chapters of chance, and they hadn't grabbed me. I picked up this book expecting the same thing to happen, boy, was I mistaken! It grabbed me from the very first page, and I haven't been able to put any of them down, I won't be happy when I finish them! I love the twists and turns that occur in the books, constantly kept on your toes. Sophie (author) has a fantastic ability to make sure the reader genuinely feels every emotion Talia (protagonist) feels, and I feel myself feeling the same way after I've returned to the real world. The only thing I would say could do with looking at is the editing! Some very silly mistakes, such as missing words or letters, but I haven't reflected this in my review. Overall, I love the series!
続きを読む
1人のお客様がこれが役に立ったと考えています
違反を報告
レビュー を日本語に翻訳する

EllaNoel
5つ星のうち4.0 Well Written and Emotionally Charged
2014年1月7日に英国でレビュー済み
Amazonで購入
I found myself drawn very quickly into this book. For those who like sci-fi/fantasy there is definitely lots going on. Children have been born with various 'abilities' resulting from a nuclear contamination and have developed special powers or 'talents'. This story is centred around the lives of those who are confined to a special academy - from those who can read minds, to others who can shape shift into various different forms. They are taught how to use their various powers and sent on missions. In an early part of the story, Talia has witnessed the murder of her parents, which is something which kept me interested, hoping she would seek justice.

The book is very well written with some beautiful phrases and is also emotionally charged. I did however, find the story content a little lacking. This novel tends to focus more on the relationships between the students. I liked the characters, but was hankering for a moment when the central characters, Talia and Donavon, might finally get their act together! But Donavon has a rival, in fellow student, Erik, who displays frequent outbursts of jealousy, giving rise to a slightly predictable 'love triangle' scenario. I personally, would have liked a little less 'relationship stuff' and a bit more action, but for anyone who enjoys YA romance, you will definitely love this story! Fantasy fans, even more so!
続きを読む
違反を報告
レビュー を日本語に翻訳する
すべてのレビューを参照します
トップへ戻る
Amazonについて
Amazonでビジネス
Amazonでのお支払い
ヘルプ＆ガイド
日本語ショッピングのための言語を選択します。 日本ショッピングのための国/地域を選択します。
© 1996-2020, Amazon.com, Inc. or its affiliates