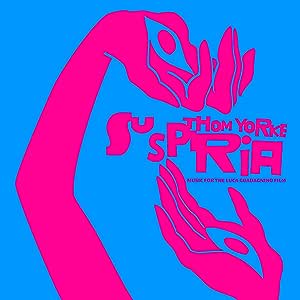 Coincidence Vs Fate
5つ星のうち5.0 Wonderful Soundtrack
2019年9月20日に英国でレビュー済み
Amazonで購入
I'm certainly no Radiohead fan, but I am a fan of soundtracks on vinyl and buy as many as my wallet will allow. I bought this for a bargain £7 - worth following CheapVinyl on Twitter who lets you know all about bargain buys.

This soundtrack can be both spooky and beautiful and I have to say even after only a few weeks it has become one of my favourites. I tend to like stuff by Cliff Martinez and in a way this reminds me of his work or the more strange soundtrack by Zimmer such as Dunkirk or Blade Runner 2049.

You do get some vocal tracks, some sweeping synth stuff and even some choirs. Lovely. A particularly good listen on headphones when I'm in bed drifting off to sleep.

Whatley
5つ星のうち2.0 Spooky
2018年11月17日に英国でレビュー済み
Amazonで購入
To be fair I’ve only listened to this album once so far (& I was in and out doing chores n stuff during its time in the CD player) so reviewing it accurately and with any real insight or opinion is not going to happen. I only actually bought it because it’s Thom Yorke, as I didn’t rate the original film and have no interest in the remake. One of my children commented when he passed by that it was “spooky”, so there’s your review.
続きを読む
4人のお客様がこれが役に立ったと考えています
違反を報告
レビュー を日本語に翻訳する

Mr. B. Richardson
5つ星のうち5.0 Another Thom Yorke masterpiece
2020年4月23日に英国でレビュー済み
Amazonで購入
This album is beautiful. Thom Yorke reworking the Suspiria soundtrack is a stroke of genius. He just continues to add strings to his bow and show his talent. A great addition to a collection with Radiohead and other Thom Yorke records.
続きを読む
1人のお客様がこれが役に立ったと考えています
違反を報告
レビュー を日本語に翻訳する