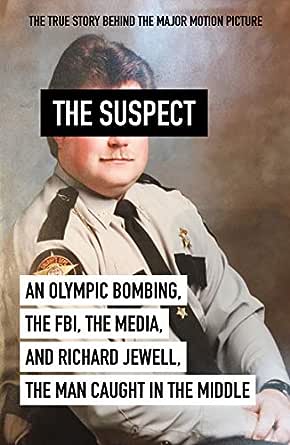 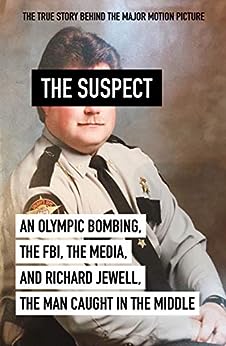 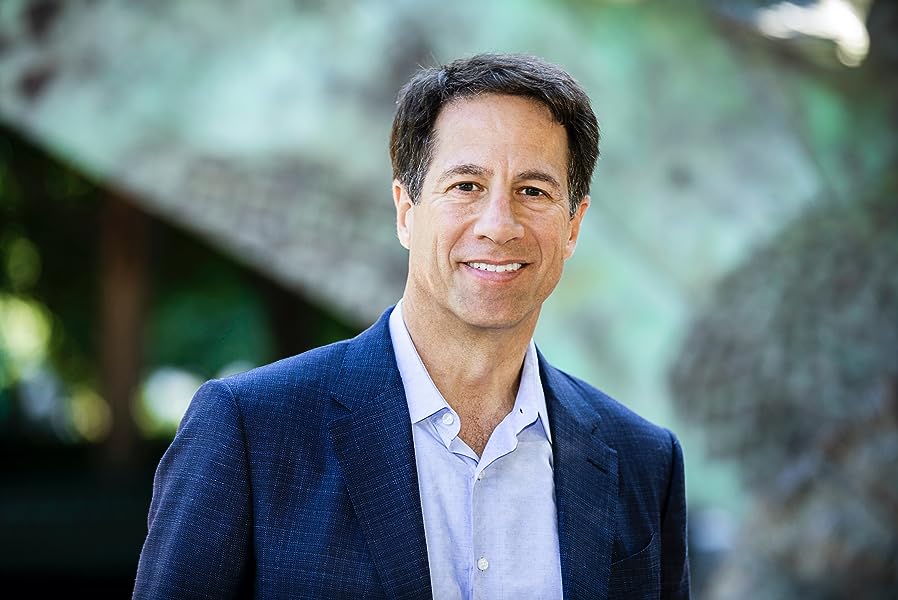 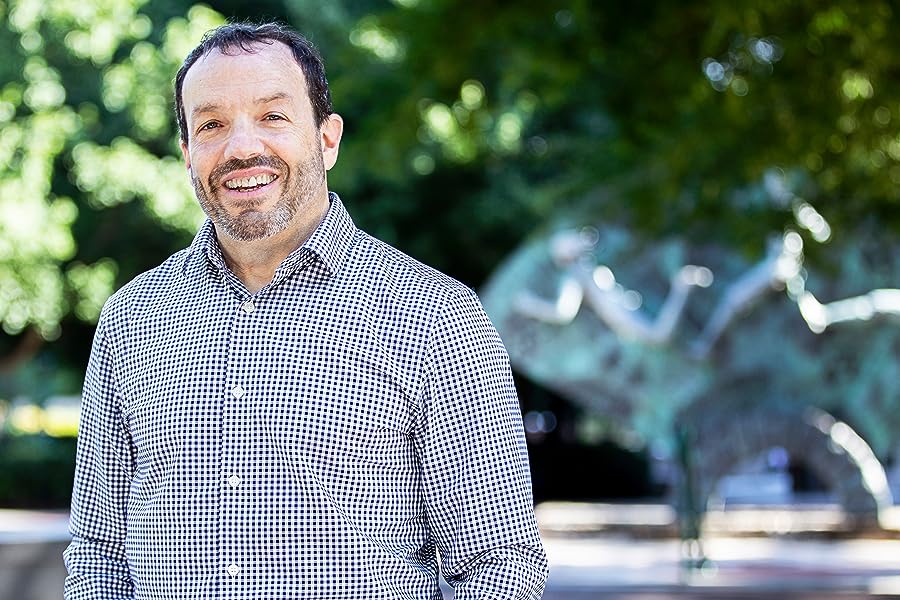 The Suspect: A contributing source for the film Richard Jewell (English Edition) Kindle版

**A contributing source for the film Richard Jewell, directed by Clint Eastwood**

On July 27, 1996, a hapless former cop turned hypervigilant security guard named Richard Jewell spotted a suspicious bag in Atlanta's Centennial Olympic Park, the town square of the 1996 Summer Games. Inside was a bomb, the largest of its kind in FBI and ATF history. Minutes later, the bomb detonated amid a crowd of fifty thousand people. But thanks to Richard Jewell, it only wounded 111 and killed two, not the untold scores who would have otherwise died. With the eyes of the world on Atlanta, the Games continued. But the pressure to find the bomber was intense. Within seventy-two hours, Richard went from the hero to the FBI's main suspect. The news leaked and the intense focus on the guard forever changed his life. The worst part: It let, Eric Rudolph, the true bomber roam free to strike again.

What really happened that evening during the Olympic Games? The attack left a mark on American history, but most of what we remember is wrong. In a triumph of reporting and access in the tradition of the best investigative journalism, former U.S. Attorney Kent Alexander and former Wall Street Journal reporter Kevin Salwen reconstruct all the events leading up to, during, and after the Olympic bombing from mountains of law enforcement evidence and the extensive personal records of key players, including Jewell himself.

The Suspect, the culmination of more than five years of reporting, is a gripping story of the rise of domestic terrorism in America, the advent of the 24/7 news cycle, and an innocent man's fight to clear his name.

"The Suspect is a fascinating reconstruction of the Neo-Gothic tale of Richard Jewell, the security guard who was memorably and unjustly implicated in the 1996 bombing at the Atlanta Olympic games. Meticulously reported, bracingly written, full of memorable and bizarre characters, the book casts a wary eye on the worlds of law enforcement and journalism, and their multiple failures in this tale. It's a story with no winners - except for readers of this terrific book."--Jeffrey Toobin "bestselling author, staff writer at the New Yorker, and senior legal analyst at CNN "

"Domestic terror, white nationalism, FBI profilers, a trial by punchline in the infancy of twenty-four-hour news cycle--what happened in Atlanta's Centennial Park during the ?96 Olympics still echoes like a bomb blast today in this engrossing and meticulously researched ticktock about the railroading of Richard Jewell and the killer who almost got away."--Charles Graeber "New York Times bestselling author of The Good Nurse and The Breakthrough "

"From questionable FBI tactics to the role of the press, The Suspect lays bare how Jewell became their unwitting victim in the rush to solve the biggest and most public crime of the era. It is a cautionary tale that reminds us that criminal investigations are often lengthy and painstaking, ill-suited for today's media frenzy. The Suspect is an important, highly relevant book."--Janet Napolitano "President of the University of California, Former United States Secretary of Homeland Security, and "

"Intensively reported and fluidly written, 'The Suspect' details the years-long search for the real killer...It is a cautionary tale about the fallibility of the storied feds, the role of luck in breaking big cases, and the conflicted choices faced by the media even at the dawn of the digital age."--The Wall Street Journal

Pen mightier than sword
5つ星のうち5.0 Guilty until proven innocent
2019年11月20日 - (Amazon.com)
Amazonで購入
“The media has descended upon us like vultures upon prey. They have taken all privacy from us, they have taken all peace. They have rented an apartment which faces my home in order to keep their cameras upon us around the clock. They watch our every move. They watch and photograph everything we do. We wake up to photographers, we go to sleep to photographers. We cannot look out the window.” — Richard Jewell’s mother, Barbara “Bobi”

Richard Jewell saved hundreds of lives. As a security guard at Centennial Olympic Park in Atlanta in 1996, he did what he had been trained to do. He became familiar with his surroundings so that he would know if anything was out of place in the small section of turf he was assigned to guard. One day, spotting a backpack, he began asking people in the area if it belonged to them. The answer was no, so he reported his suspicions and helped move the crowd away when it was discovered the pack contained a bomb.

There is something so sad and compelling about the story of Richard Jewell, a genuine hero turned suspect, and then left to live the rest of his life as “the former suspect”. I knew the general outline, bits and pieces of this story, but I greatly appreciated the details that were filled in by this book. I couldn’t put this book down.

The real bomber was arrested and pled guilty years later. Sure the media can try to hide behind the excuse that it was only reporting a fact - that the FBI did consider Jewell a suspect shortly after the bombing. But the truth is the media went further than that, ridiculing and shaming Richard Jewell. It helped that he was white and Southern; it is still socially acceptable to ridicule this group.

He was fat shamed. Described in the New York Post as a “fat, failed former sheriff’s deputy.” Jay Leno asked, “What is it about the Olympic Games that brings out big, fat, stupid guys?

He was job shamed. A security guard is apparently just a cop wannabe.

He was shamed for living with his mother. Even though this was a temporary arrangement while he looked for a permanent job. Even though in many parts of the world, that’s what unmarried adults do - live with their parents.

Most disgusting of all to me was the writing of a columnist at the Atlanta Journal Constitution, who compared Richard Jewell to Wayne Williams, the man convicted of the Atlanta child murders.
In addition to the media, there’s the FBI. Jewell was lured into an interview, under the ruse that the FBI was creating a training video. What happens during the interview, the conflict between the agents at the scene and the higher-ups at the FBI, is described in detail in this book and is very interesting. But for Jewell, it must have been a nightmarish scenario, as he began to wonder why an agent was reading him his Miranda rights.

While I was reading the book, I became curious and searched Youtube for previous news reports on the case. I found a clip from live news coverage when the FBI was searching Richard Jewell’s apartment. Jewell was sitting outside on the stairs, his back to the cameras that zoomed in on him. He was apparently on those stairs for hours, caught between his two tormentors - the FBI and the media. Not allowed any dignity or privacy.

Because the bombing happened in 1996, the authors of this book are able to tell us what happened afterwards in the lives of the main players. Jewell continued serving the public after finding a job in law enforcement, and saw another officer killed on the job.

“Overzealous.” That’s a word that was used to describe Jewell by some who had worked with him before the bombing. Perhaps it is that very trait that saved a lot of lives at Olympic Centennial Park in 1996.

O'Neill Williams
5つ星のうち5.0 The true role of the media and law enforcement in the 'trial' of Richard Jewell.
2019年11月14日 - (Amazon.com)
Amazonで購入
Wonderfully researched, fair, informative and written in a very agreeable form and pace. I met Richard after all this was completed in 1996 and he became friends with me and my wife. Details of our meeting is in the book but that's not the reason for my comment. IN MY OPINION, Richard suffered mightily because of malicious, misdirected and selfishly continued actions by Atlanta Journal Newspapers and FBI personnel. As I read it, those two entities new very well that Richard could not have made the call and been at his station that night to perform as he did and saved so many lives. Too, the Newspapers and the FBI new this well ahead of the proceedings but chose not to publish nor to suspend directing their focus on Richard. As I heard at the book introduction last night, pressure was from 'on high' at the FBI to continue so their 'image' for diligence could be maintained. What a shame.
続きを読む
36人のお客様がこれが役に立ったと考えています
レビュー を日本語に翻訳する

PJN
5つ星のうち3.0 Strictly Accurate or Dramatic Interpretation?
2019年12月10日 - (Amazon.com)
Amazonで購入
I've read the early reviews as well as some of the critiques, centering mostly on depictions of several prominent figures. I don't have an opinion yet but found one jarring discrepancy that makes me leery of taking anything as fact. At the end of Part One, in the immediate aftermath of the bombing on July 27, 1996, Chief Operating Officer A.D. Frazier is awakened by the explosion and "his mind flashed to the movie Saving Private Ryan, with its vivid brutal scenes..." Except Saving Private Ryan was released until July 24, 1998. Minor point of course, but makes me wonder where else the facts have been stretched, distorted or made up entirely.
続きを読む
10人のお客様がこれが役に立ったと考えています
レビュー を日本語に翻訳する

Fran Moreland Johns
5つ星のうち5.0 A fascinating, well-told tale
2019年11月21日 - (Amazon.com)
Amazonで購入
This meticulously researched and well organized account of the 1996 Olympic bombing and the man wrongly accused of the crime is one of those truth-is-stranger-than-fiction books that will appeal to any lover of a well-told tale. By choosing several of the key players in this years-long drama through whom to tell the story, the authors offer fascinating insight into the people and the time. Even if you skim a paragraph or two when you're in a hurry to pursue the action, you'll be rewarded with some happy moments for the ill-starred hero-turned-victim, and a gripping account of the eventual capture of the real culprit.
続きを読む
7人のお客様がこれが役に立ったと考えています
レビュー を日本語に翻訳する

Youtah
5つ星のうち5.0 Compelling read to a story you thought you knew but didn’t
2019年11月15日 - (Amazon.com)
Amazonで購入
A story that you thought you knew but till you read the book you soon realize that you only new a small fraction. Great story about our justice system or injustice system and how it effects a “suspect”. Fabulous research and a very compelling read. 20 years ago but reading through this very well written and research book it seems like yesterday. Can’t wait to see the movie next month.
続きを読む
8人のお客様がこれが役に立ったと考えています
レビュー を日本語に翻訳する
Amazon.comのカスタマーレビューを見る(114) 5つ星のうち4.9
click to open popover
Amazonプライム会員ならお急ぎ便、日時指定便が使い放題
さらに、映画もTV番組も見放題。200万曲が聴き放題 。クラウドに好きなだけ写真も保存可能。
> プライムを無料で試す