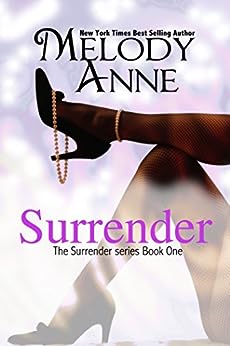 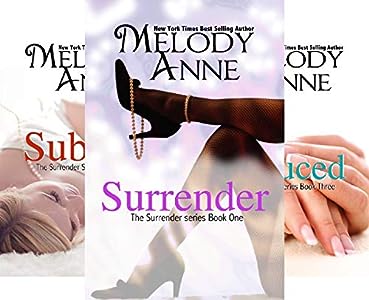 Melody Anne is the "New York Times "bestselling author of the Unexpected Heroes series a spin-off of her wildly popular Billionaire Bachelors novels featuring the handsome Anderson men as well as the Tycoons series and the Surrender series. She lives in the Pacific Northwest. --このテキストは、kindle_edition版に関連付けられています。

Abi
5つ星のうち2.0 Not happy
2014年12月5日に英国でレビュー済み
Amazonで購入
Honest review - The book is a slow. I've read her other books which I like but this book didn't feel modern and had a strange style of writing. It felt like it was written 50 years ago with the words she used to describe things - especially with the intimate scenes.
I wasn't fond of the male lead at all - he was too controlling and intimidating to the point of disgust...sometimes No just means No!
The female lead was just too confusing and slightly immature for her age.
Both characters are hard to relate to or like.
I won't be buying part two or three as it just wasn't exciting.

Knocked an extra star off my rating because the book finished at 85% which is absolutely ridiculous, authors need to show their readers more respect!
続きを読む
2人のお客様がこれが役に立ったと考えています
違反を報告
レビュー を日本語に翻訳する

Topsy
5つ星のうち1.0 Dont bother
2016年8月3日に英国でレビュー済み
Amazonで購入
This book is awful. I bought it for £0.99 and, frankly, even that was too much. I'm all for a good seduction, a hate-to-love romance, a rich man falling in love with the poor woman, a dom/sub sexual theme, but to be honest all of this was non-existent. It actually came across as near enough rape. The main character repeated said no and yet Rafe continued his advances. The final straw was when he walked in on her asleep in the bath and decided that he would teach, not only her how good it would be between them, but also how to follow his orders. Might I add that she had been drugged and nearly violated two nights before. Now imagine you're her, you awake to find a man hovering over you, a man you're trying to get to leave you alone, who's taken you from your home (fair enough to look after you) after recently being given a date rape drug and nearly raped. Would you then sit on his lap and kiss the ever loving hell out of him after he plucked you from a bath without your permission? Yeah, didn't think so.
Clearly I haven't finished this book, but from what other have said, it's unfinished. The writing is mediocre at best and topics, such as date rape drugs, are not properly researched. The author rambles and repeats herself over and over. Of the little I actually bothered to read, the majority of that was merely skimmed over. If you can read three full sentences on each page and still managed to figure out the story, you know what's bad writing.
I wouldn't recommend this to any reader. Don't waste your time and money. There's much better writing out there.
続きを読む
2人のお客様がこれが役に立ったと考えています
違反を報告
レビュー を日本語に翻訳する

Bongiovisgirl
5つ星のうち3.0 FSOG Wannabe
2016年3月3日に英国でレビュー済み
Amazonで購入
This book is clearly jumping on the FSOG bandwagon which is a shame as the author seems to be relatively strong, even though there is a lot of repetition throughout and it feels as though she could have written a good story without having to write such an unlikeable character as Rafe. However, when the author allows you glimpses of Rafe with his guard down, he's utterly likeable and vulnerable. Shame she doesn't show that side of him to Ari, as it would make the way she reacts to him more realistic.

Parts of the book feel unrealistic: How hooked Rafe gets on Ari and ok, he might be a billionaire, but the control he has over everyone and thing in town is a bit over the top.

I didn't like the idea of having to buy another 2 books to continue the story so will leave it at this one. I wouldn't be recommending it to friends/family as I wasn't quite comfortable with the very graphic sex scenes.
続きを読む
違反を報告
レビュー を日本語に翻訳する

Meet Raffaello (Rafe) Palazzo. Rafe takes what he wants with no regrets. Then Rafe meets the lovely Arianna (Ari) Lynn Harlow. Ari has led a charmed life until tragedy struck her family hard. Rafe is looking for a no-emotions attached, no strings attached mistress. Ari’s looking for redemption. Possibly something more.

Rafe and Ari are not a pair that should even work. They have undeniable attraction and the devastating tragedies bring them together, in the city by the bay. Rafe fights to keep their relationship nothing other an enjoyable way to meet his needs. Ari battles to not lose herself in Rafe. Rafe is trying to not spend time with Ari. Ari is starting to cracking the hard exterior that Rafe has built successfully around his heart. Rafe tries to deny the effect Ari has on him. Until it’s too late to stop the inevitable. The conclusion is that their relationship is headed for more.

Rafe once believed in happily ever after. Rafe is from a large Italian family. Rafe’s got the Midas touch, since every endeavor he touches turns to gold. That all ended when his wife walked out and left him blindsided. Rafe's devastation quickly turns to steel. When Rafe has since decided that no woman will fool him again. From that point on he treats any relationship as nothing more than any other business transactions this is where both parties come out mutually benefited.

Just when Ari could sink to the lowest that she’s ever been. Ari finds an ad in the paper announcing a job that’s probably too good to be true. It turns out Ari’s right. Ari makes it through the intense rounds of interviews just to find out the job is for a mistress to the masterful and powerful Rafe Palazzo, the handsome owner of Palazzo Enterprises. Rafe only gives Ari a day to make up her mind to see if Ari wants the position or not. After that Ari’s sent on her way. Only to find out her mother’s near-terminal position's taken a turn for the worse. Ari mom’s only in the hospital because Ari messed up big time. Ari's mother’s the one who paid the consequences. Can Rafe be Ari's savior? Or will Rafe take Ari with him straight to the deathly depths of hell?

The actual unfinished story could have been finished in 20 pages as the author is so repetitive. The sort of half books really ignore because a truly good author does no need these gimmicks, look at Charlaine Harris. It dies not make a series when you write. A book and then cut it into 3.