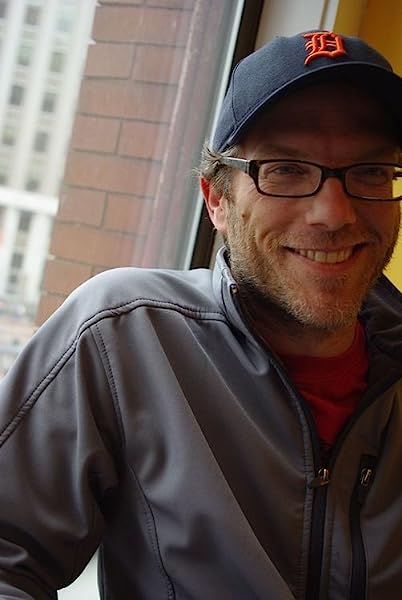 Alex Irvine is the author of seven novels, including The Narrows, A Scattering of Jades, and Batman: Inferno, and two collections of short stories, most recently Pictures from an Expedition. He has also written a Marvel Comics series, Hellstorm: Son of Satan, and online narratives. His fiction, which has been translated into nine languages, has won the Locus, Crawford, and IHG awards and been nominated for the Pushcart Prize and the World Fantasy Award. In 2005, he was awarded the New England Press Association's top prize for investigative journalism, and that same year was part of a writing team that won a Webby and the International Game Developers Association Innovation award.

Instead of Latin knowledge, an index will be helpful to get the informations, John!
Firstly I had a browse through all, secondly I picked up brother's birthdate columns.
Different way to read produces such a joy :)

67Impala
5つ星のうち4.0 Highly Recommended
2015年3月18日に英国でレビュー済み
Amazonで購入
A great read. Don't need to recommend it to SUPERNATURAL fans as they will buy it anyway. But for anyone interested in urban legends or myths it is also a good read as the SUPERNATURAL team are very meticulous in their research for the show and any of the creatures or ghostly entities can be found on line in various cultures, as can the Latin incantations. I gave it 4 stars because the look of the book disappointed me. I didn't expect to see "typed" text. I thought the publishers would put a handwriting font on the text to really mimic John's journal; reading it in typed form spoilt it for me a little, as did some of the sketches. John's stick figure of a Wendigo is visually "famous" in the on screen journal but in this book it's a real artists kind of sketch. Minor points really but it mattered to me. Notwithstanding it sits proudly in my bookcase and is a great pick up and read kind of book and outlines the origins of the Winchesters as hunters very well.
続きを読む
6人のお客様がこれが役に立ったと考えています
違反を報告
レビュー を日本語に翻訳する

Catarina Mestre
5つ星のうち5.0 Loved it
2020年5月22日に英国でレビュー済み
Amazonで購入
As a Supernatural fan, I had to have this book. It's John's journal as everybody already knows, so there's a lot of information that will link to the show and things that you thought you understood, will be further explained.
Not gonna lie, I cried a bit whenever he referenced Dean. I mean, it's about a family that was destroyed and he father who's trying to do the best he can (or what he thought was the best). I'm not going to leave any spoilers, except thatI loved it. Not only the "family drama", but all the information about the monsters.
I would recommend it to any fan.
続きを読む
違反を報告
レビュー を日本語に翻訳する

KatieKosplay
5つ星のうち5.0 i loved it
2014年2月12日に英国でレビュー済み
Amazonで購入
it fills in a lot of holes, and if you watch the show -and are an avid fan like me- you can pick up a few references, like when Sam "doesn't want to go bow hunting". I loved it, though there are some passages that confused me, must be in latin or something like that, but there is also info on different monsters, some that aren't on the show. You can also tell how John changes, over the course of his different journal entries, for example he writes a whole page on his feelings on Marys' death on the day their anniversary a year later but they get smaller and more focused on 'what killed her' and revenge rather than 'the boys' or his own well being, which i think describes his character in the show well. It also ends the same way it did on the show, when John goes missing. I recommend this book for anyone who is a huge fan!
続きを読む
違反を報告
レビュー を日本語に翻訳する

Chantelle
5つ星のうち5.0 Highly recommended
2020年11月6日に英国でレビュー済み
Amazonで購入
So I bought this as a Christmas present for my partner, I had to have a proper look at it before wrapping it up and I can honestly say that I am more than happy with it. It's got so much content inside of it, I really wasn't expecting it to contain the pictures of Sam and Dean too. My partner is going to love this so much.
続きを読む
違反を報告
レビュー を日本語に翻訳する

Book lover
5つ星のうち5.0 Before Supernatural there was John Winchester
2014年11月13日に英国でレビュー済み
Amazonで購入
Have read this book and love it. This book follows John Winchester and his two son's Sam & Dean just after the death of his wife John knew that something was out there and it killed her he goes hunting for the thing that did it but on his way he comes across other supernatural creatures. John takes the boys along with him and he meets some other hunters like Bobby Singer. Must read for all die hard Supernatural fans if you want to find out the before story behind the boys we see on our screens today then get this it is his journal that shows up in the first episode of Supernatural
続きを読む
1人のお客様がこれが役に立ったと考えています
違反を報告
レビュー を日本語に翻訳する
すべてのレビューを参照します
Amazonプライム会員ならお急ぎ便、日時指定便が使い放題
さらに、映画もTV番組も見放題。200万曲が聴き放題 。クラウドに好きなだけ写真も保存可能。
> プライムを無料で試す