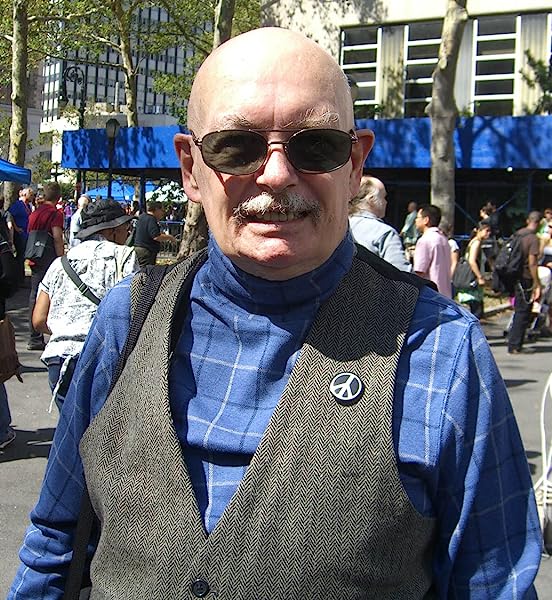 Dennis O'Neil began his career as a comic book writer in 1965 at Charlton, where then-editor Dick Giordano assigned him to several features. When Giordano moved to DC, O'Neil soon followed. At DC, O'Neil scripted several series for Giordano and Julius Schwartz, quickly becoming one of the most respected writers in comics. O'Neil earned a reputation for being able to "revamp" such characters as Superman, Green Lantern, Captain Marvel, and Batman, whom O'Neil brought back to his roots as a dark, mysterious, gothic avenger. Besides being the most important Batman writer of the 1970s, O'Neil served as an editor at both Marvel and DC. After a long tenure as Group Editor of the Batman line of titles, he retired to write full-time.

Neal Adams was born June 6, 1941 in New York City. He attended Manhattan's High School of Industrial Art and, while still a student, found work ghosting the Bat Masterson syndicated newspaper strip and drawing gag cartoons for Archie Comics. Neal received his own comic strip based on the popular TV series Ben Casey in 1962. The strip ran until 1965 at which time Neal made the move to comics for Warren Publishing and DC Comics. Neal's realistic style on Deadman and Green Lantern/Green Arrow, at odds with the more cartoony comics of the day, made him an immediate star. He became DC's premier cover artist, contributing radical and dynamic illustrations to virtually the company's entire line. Neal's work has also appeared in Marvel's X-Men, The Avengers, and Thor, on paperback book covers, and on stage, as the art director for the Broadway science fiction play, Warp. In the 1970s, Neal and partner (and frequent inker) Dick Giordano started the art agency Continuity Associates out of which came, in the 1980s, Continuity Comics. Neal is the winner of several Alley, Shazam, and Inkpot Awards, and was inducted into the Harvey Awards' Jack Kirby Hall of Fame in 1999.

Almighty Jambon
5つ星のうち5.0 Two legendary figures meet for the first time in this spectacular adventure
2016年8月22日に英国でレビュー済み
Amazonで購入
Great little book for fans of old school Superman and of the greatest of all time Muhammad Ali!!!
Ridiculous and fun, with a greater emphasis on fun. The key to the book's success is keeping the story simple so that the characters can shine. I tend to dislike when comic books take earth-bound characters into space because it feels both cheesy and overkill on suspension of disbelief, but it doesn't bother me in this book because, despite the ridiculous premise, the rest of it doesn't get tangled in details related to outer space or aliens. It is fairly transparent that the only reason the story goes to space at all is to support the founding idea of having Muhammad Ali and Superman compete in a boxing match.

Aliens come to earth to have earth's greatest fighter go up against the best fighter of their alien race. Superman and Muhammad Ali have a spat about who is better, concluding they must compete against one other, to be fair, in an environment where Superman's superpowers do not work. Ali teaches Superman the art of boxing; the often overly goody-goody Superman even echoes Ali's cocky trash talk he deals out to the aliens. Ali's voice feels genuine at times, dated jive-talking (written by white people trying to "write black") at others.
A must have for collectors and DC / Ali fans alike

Lee Harraway
5つ星のうち5.0 Amazing re-issue of the seventies classic!
2017年6月7日に英国でレビュー済み
Amazonで購入
Amazing re-issue to the 1970's classic! It also contains ever before seen concept artwork of the time. The colour has also had a 21st century makeover and it's stunning, way superior to the 70's original. Well worth the buy 10/10
続きを読む
違反を報告
レビュー を日本語に翻訳する