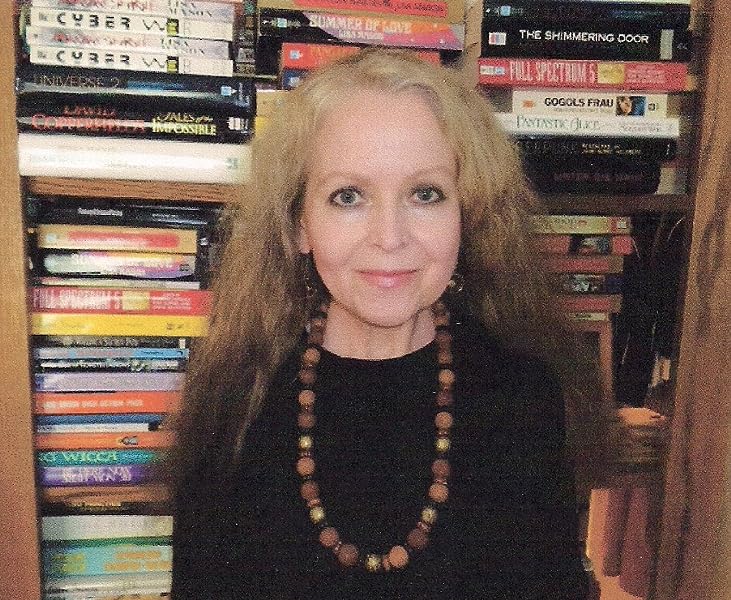 Kent Peterson
5つ星のうち5.0 A Fine Story
2015年2月10日にアメリカ合衆国でレビュー済み
Amazonで購入
Summer of Love, A Time Travel is a fine story. Lisa Mason takes three interesting characters, a time traveller from a future 500 years hence, a 14-year-old midwestern runaway flower child, and hip shopkeeper and places them all in the fascinating place and time that was San Francisco's Summer of Love, 1967.

Mason has certainly done her homework. You can almost smell the pot and patchouli, see the painted faces and hear the sounds of Janis and the Grateful Dead as Chi, Starbright and Ruby fight to hold on to what really matters at a time when everything seems possible and even the smallest things can have huge consequences.

The time travel plot is nicely (if a bit predictably) done and the glimpses from Chi's future world are fascinating, frightening and ultimately hopeful. Starbright is 100 percent convincing as a confused, loyal, idealistic, moody teenager who really could hold the key to what is to come. And Ruby Maverick, the shopkeeper who reluctantly gives the two young strangers shelter and strength in a strange and wondrous time is strong and smart and the kind of friend you'd want holding your hand or watching your back when the trip starts going strange.

Summer of Love, A Time Travel is not a rose-colored look backwards. It's is a kaleidoscopic look at a time of both darkness and light, of confusion and clarity. It's scary and beautiful, a strange trip where maybe all you need is a little love and some flowers in your hair.

Ed Luhrs
5つ星のうち5.0 Calling All Fans
2002年3月7日にアメリカ合衆国でレビュー済み
Amazonで購入
Summer of Love is an important American literary contribution that may very well have a strong and viable fan base. Where are you? Join us!
This novel is loads of fun to read. The majority of the characters are hippies from the 1960s who meet a stranger from the future who's looking to save his world. This fellow, Chiron, needs to find a troubled adolescent teen named Susan Stein (a.k.a. Starbright) for a very compelling reason. The book has a great deal to offer: swift action, lovable characters, spiritual insight, and well-chosen primary documents such as essays, poems, and news articles which round out the reader's understanding of the worldview of the novel.
I think Summer of Love has excellent potential for a wider audience. I hope it continues to enjoy a healthy amount of sales in the used books market on this site. I wish even more for it to be in wider circulation. Some books talk about the sixties. This novel IS the sixties, thanks to the spirit and scholarship of its author. And, as one reader aptly put it, "the sci-fi stuff is just plain off the hook." Get a copy. Most people who have read it seem to respect it and enjoy it every bit as much as I do.

Kindle Customer
5つ星のうち3.0 Summer of Love is an amazing read. The Kindle Edition has been CHANGED
2011年10月30日にアメリカ合衆国でレビュー済み
Amazonで購入
The three-star rating is for the Kindle Edition. The original story gets a five-star.

This has been one of my favourite books for a very long time. I picked up when it came out in paperback in the mid-nineties, and have re-read it many, many times. I love the story, the descriptions of the characters and the description of the Haight-Ashbury scene in the late-sixties. I lost my paperback copy some years ago, and having switched to a Kindle, I really, really wanted this novel in the Kindle format. I was thrilled (ecstatic, actually) when I discovered it listed as a Kindle Edition. I started re-reading it the same night that I got it; despite the fact that I was in the middle of another, very good, book. I started noticing that things were different almost right away. Names have been changed, much has been left out, and other things have been added. IT IS NOT THE SAME STORY! Granted there is a page in the Kindle Edition that notes "This is an ebook adaptation of Lisa Mason's classic Summer of Love", but I am of the opinion that this is not enough of a warning to fans of the original story that this IS NOT THE SAME STORY.

Professor Zoom's "real" name in the book is Arnold, in the Kindle Edition (K.E.) it is Harold. Chiron's descriptions of "hot dim spots" and the data missing from the Archives has been whittled down to the point where that fact is not even a plot point. Starbright's Granma has died (K.E.) and not her Grandpa. It is now the Grandmother Principle (K.E.) not the Grandfather Principle. Venus Rising has had her name changed to Venus Blue (K.E.). These, and many other little changes, were fairly annoying during my re-reading of the K.E., but things that I could get used to (maybe...). What really got to me, however, is how the author/publisher, or whoever, decided that it would be a great idea to change the nature of the relationship between Starbright and Chiron. In the K.E., Chiron and Starbright fall in love and he decides that he will stay in the past! Starbright then talks him out of it.

The Kindle Edition has taken a well written, many dimensional story and turned it into a bland Novella. If you love the original, do NOT read the Kindle Edition and have that change for you.
続きを読む
11人のお客様がこれが役に立ったと考えています
違反を報告
レビュー を日本語に翻訳する
すべてのレビューを参照します
Amazonプライム会員ならお急ぎ便、日時指定便が使い放題
さらに、映画もTV番組も見放題。200万曲が聴き放題 。クラウドに好きなだけ写真も保存可能。
> プライムを無料で試す