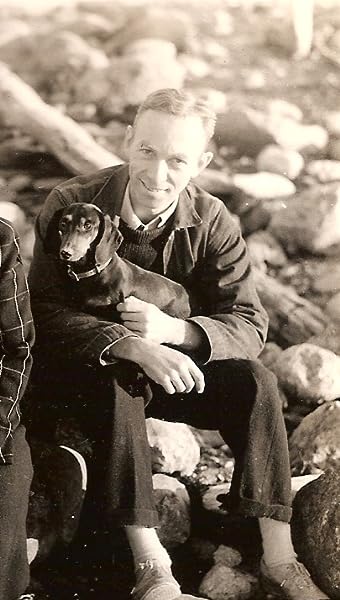 “Endearing for young and old, full of wit and wisdom and amusement.” -- The Horn Book

E. B. White, the author of such beloved classics as Charlotte's Web, Stuart Little, and The Trumpet of the Swan, was born in Mount Vernon, New York. He graduated from Cornell University in 1921 and, five or six years later, joined the staff of The New Yorker magazine, then in its infancy. He died on October 1, 1985, and was survived by his son and three grandchildren.

Mr. White's essays have appeared in Harper's magazine, and some of his other books are: One Man's Meat, The Second Tree from the Corner, Letters of E. B. White, Essays of E. B. White, and Poems and Sketches of E. B. White. He won countless awards, including the 1971 National Medal for Literature and the Laura Ingalls Wilder Award, which commended him for making a "substantial and lasting contribution to literature for children."

During his lifetime, many young readers asked Mr. White if his stories were true. In a letter written to be sent to his fans, he answered, "No, they are imaginary tales . . . But real life is only one kind of life—there is also the life of the imagination."

Garth Williams is the renowned illustrator of almost one hundred books for children, including the beloved Stuart Little by E. B. White, Bedtime for Frances by Russell Hoban, and the Little House series by Laura Ingalls Wilder.

He was born in 1912 in New York City but raised in England. He founded an art school near London and served with the British Red Cross Civilian Defense during World War II. Williams worked as a portrait sculptor, art director, and magazine artist before doing his first book Stuart Little, thus beginning a long and lustrous career illustrating some of the best known children's books.

In addition to illustrating works by White and Wilder, he also illustrated George Selden’s The Cricket in Times Square and its sequels (Farrar Straus Giroux). He created the character and pictures for the first book in the Frances series by Russell Hoban (HarperCollins) and the first books in the Miss Bianca series by Margery Sharp (Little, Brown). He collaborated with Margaret Wise Brown on her Little Golden Books titles Home for a Bunny and Little Fur Family, among others, and with Jack Prelutsky on two poetry collections published by Greenwillow: Ride a Purple Pelican and Beneath a Blue Umbrella. He also wrote and illustrated seven books on his own, including Baby Farm Animals (Little Golden Books) and The Rabbits’ Wedding (HarperCollins).

ShayneyH
5つ星のうち2.0 Left me disappointed after wanting to read it for so long
2020年3月9日に英国でレビュー済み
Amazonで購入
I have been so excited to read this book and it’s been on my list ever since I read and LOVED Charlottes Web, but it was such a let down for me. Possibly because I went into it with such high expectations or because I grew up with the Stuart Little films, so I had those in my heart while reading it and the book is so different.

I wasn’t a fan on the writing or the story and was just hoping that it was going to improve as I continued reading. It was so disappointing.
続きを読む
3人のお客様がこれが役に立ったと考えています
違反を報告
レビュー を日本語に翻訳する

Adelle
5つ星のうち5.0 Stuart Little Book Review
2016年2月17日に英国でレビュー済み
Amazonで購入
This book of adventure is one of the best books I've ever read! I especially like Stuart himself,his character, how he accepts life,if things doesn't go his way,he immediately accepts the situation he takes advantage of it. I also like the twists and how E.B.White writes,she makes me feel like I'm standing there watching it happen. Its a story that includes a variety of feelings and lots of Metaphors such as "Stuart felt like he was in a hurricane being shipwrecked by a giant octopus"
I would buy this book if you like adventure and curiosity
続きを読む
2人のお客様がこれが役に立ったと考えています
違反を報告
レビュー を日本語に翻訳する

SHVD
5つ星のうち5.0 Beautiful Story!
2018年6月18日に英国でレビュー済み
Amazonで購入
My 7-year-old absolutely loved this book. She read it in one sitting! Such a beautiful classic story - one that should be in every child's room.
続きを読む
3人のお客様がこれが役に立ったと考えています
違反を報告
レビュー を日本語に翻訳する