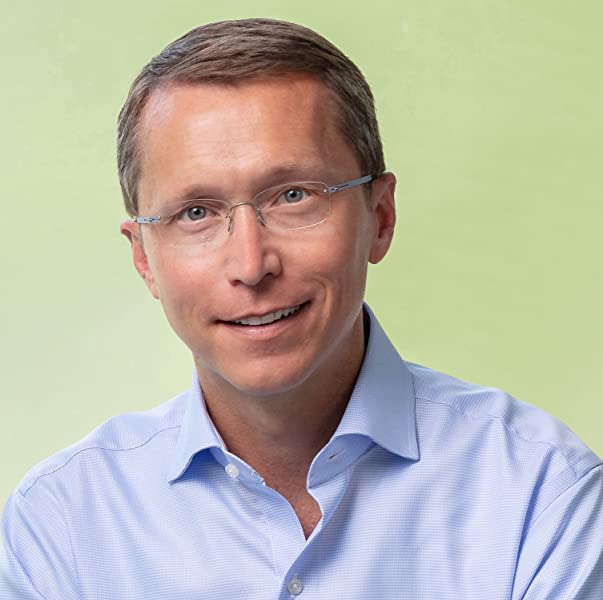 DO YOU HAVE AN OPPORTUNITY TO USE YOUR STRENGTHS EVERY DAY?

Chances are, you don’t. All too often, our natural talents go untapped. From the cradle to the cubicle, we devote more time to fixing our shortcomings than to developing our strengths.

To help people uncover their talents, Gallup introduced the first version of its online assessment, StrengthsFinder, in the 2001 management book Now, Discover Your Strengths. The book spent more than five years on the bestseller lists and ignited a global conversation, while the assessment helped millions discover their top five talents.

Now, Gallup unveils the new and improved version of its popular assessment, language of 34 themes and much more. While you can read this book in one sitting, you’ll use it as a reference for decades.

Loaded with hundreds of strategies for applying your strengths, this book will change the way you look at yourself — and the world around you — forever.

Gallup is a global analytics and advice firm that helps leaders and organizations solve their most pressing problems.

Nicholas Miller
5つ星のうち1.0 Access Code for Top 5 Strengths Only
2020年4月16日に日本でレビュー済み
Amazonで購入
The access code only grants you access to your top 5 strengths and you have to pay again to get all 34. And it doesn't look like the 34 are discounted either.
続きを読む
2人のお客様がこれが役に立ったと考えています
役に立った
違反を報告
レビュー を日本語に翻訳する

Robbie
5つ星のうち5.0 Genuinely transformative
2015年10月17日に英国でレビュー済み
Amazonで購入
Ok, let's be clear. What you're really buying access to is the fantastic online psychometric test. I bought the kindle version of this as it's slightly cheaper. The book itself is fairly short: it contains an intro (about a fifth of the book) which explains the Gallup point of view. This is basically that if we all understood and focussed on our strengths rather than our weaknesses, we would be happier and far, far more productive (after decades of work on this, they have the research to back this up). It's articulated really well, and is really convincing.

The rest of the book is a summary of each of the different strengths, including how people with that strength might want to make the most of that strength, and how to work with people like that. But the truth is you don't need to read that for yourself, because when you take the test (relatively short) you get a personalised report on each of your strengths (ok, it's not totally personalised, but it adapted for exactly *how much* you have each strength, and the mixtures you have). And here's where the transformative bit comes in.

This personalised report really affected me. When I read some of it, I welled up. I hadn't felt that *got* for ages. And it opened up all sorts of things: I understood why I had left a particular job, which had mostly been a great job, I understood why I was so attracted to the career path I am developing into. And I just know that I will be able to use this going forward.

I work as a coach now, and I often recommend this to clients. Mostly they don't do it, because it costs £10 or so, and you can get free psychometric tests about strengths online. But the ones who take it find it transformative, too. It's WAY better than the free ones, and for me the £10 is one of the best £10s I've ever spent. Go on, get it!
続きを読む
89人のお客様がこれが役に立ったと考えています
違反を報告
レビュー を日本語に翻訳する

S. Ward
5つ星のうち3.0 Not a bad example of its kind
2016年1月11日に英国でレビュー済み
Amazonで購入
Bought this as part of an initiative at work. You are essentially buying an enthusiastic introduction and an access code for an online quiz. The quiz follows the usual pattern in which each of the 177 questions asks you to choose somewhere between two statements that are mostly related but not mutually exclusive (e.g. 'do you like fish or fishing?'). You are given 20 seconds for each question, you may miss questions if you run out of time so make sure you have an undisturbed half hour. You may only take the quiz once. This stops you from checking their assertion that the outcomes remain reasonably stable over time (unless you buy another book). The results are processed in about 2 minutes on line into a report that comes in long and short versions and which you can save in PDF. The report highlights five (out of about 35) strengths that your answers indicate that you think you have. The report is fluently written which somewhat conceals the rather obvious fact that it is an automated assemblage of pre-prepared statements. It also includes some pre-prepared suggestions for what kind of work would suit you, some interesting, some hilarious.

So is it any good? Well you need to bear in mind that the report is simply reflecting back at you what you have 'told' the machine through your choices. So it is not really surprising that you will probably agree with most of it. If you are deluded in thinking that you are outgoing or analytical or empathetic or whatever then you will answer accordingly and you will then agree with your deluded self when you read the report; it will not independently reveal any hidden inner truth, how can it? At work, we hope simply to use it as a way to beginning conversations about what we are good at, or being able to say "I really enjoy X type of work" with a veneer of independent analysis. For that, it is probably good. For anything more, you will need proper psychoanalysis by a real person who pretends to care.
続きを読む
60人のお客様がこれが役に立ったと考えています
違反を報告
レビュー を日本語に翻訳する

Dreamidok
5つ星のうち3.0 If you buy the Kindle Version you WILL RECEIVE the Code
2017年12月1日に英国でレビュー済み
Amazonで購入
I purchased the KINDLE version but was slightly anxious it didn't have the code included. It DOES! You are sent it in a separate email.
However, I purchased this specifically for the Strength test as part of a coaching scheme I am on, having already done Myers Briggs and TMS quite extensively. However you are only provided with a report of 5 strengths. The others you have to unlock for a further 60-90 USD! Maybe this is sufficient, but the test then doesnt give you the full benefit and 360 of your strengths to fully utilise this strength based approach.
Every book and approach gives you new insights, food for thought and something to build on, so still worthy of following through if you are keen to find out more on your strengths
続きを読む
30人のお客様がこれが役に立ったと考えています
違反を報告
レビュー を日本語に翻訳する

Ankh
5つ星のうち5.0 I read pretty much all the reviews before I purchased it
2018年5月12日に英国でレビュー済み
Amazonで購入
I read pretty much all the reviews before I purchased it. And yes I wanted it for the test. Yet another one, shall I say. For over the years I tried many. I've got a degree in Education, Pedagogy and Social Work. I'm a qualified life coach. Tests are created by people and well, we don't always know it all. So I always take it with a pinch of salt. Like someone before said - all the tests give you some food for thought. Some of them puzzle you - how the hell I'm going to start working in broadcasting after being in a completely different career for so many years??? But this test put a big smile on my face. Why? I'm just trying to figure it out myself. Probably because it really does focus on your strengths whilst cleverly and tactically provides the insight into making the best out of them. I love the way it explains things - both videos and reports gave me a ready to use wording how to talk (and think!) about myself. And an action plan, too. It basically vocalised things I struggle to vocalise myself - giving me confidence that I'm going in the right direction and valuable answer as to - against all the logic - I choose what I choose to do and where to be (in life and career). I've got a kindle version (on android) and it came with a code straight away. Allocate about half an hour, focus and enjoy. I hope you get out of it as much as I did.
続きを読む
22人のお客様がこれが役に立ったと考えています
違反を報告
レビュー を日本語に翻訳する

Roundy
5つ星のうち1.0 Beware hidden charges, not just a book
2018年12月10日に英国でレビュー済み
Amazonで購入
Beware ! I ordered this book on the recommendation of another business. There is a self test within the book that you have to take on the computer, a unique password is obtained in the back of your copy. The access code takes you to a page which asks for an email, address, phone number, place of work and position, all apparently important imformation required to proceed with the test. Alarms bells really started ringing when it asks for consent to terms, being a little sceptical I thought I would take a look and not just tick the box. They are lengthy and very unclear, by ticking the box you are agreeing to further courses and participation. Please be carefull
続きを読む
17人のお客様がこれが役に立ったと考えています
違反を報告
レビュー を日本語に翻訳する
すべてのレビューを参照します
Amazonプライム会員ならお急ぎ便、日時指定便が使い放題
さらに、映画もTV番組も見放題。200万曲が聴き放題 。クラウドに好きなだけ写真も保存可能。
> プライムを無料で試す