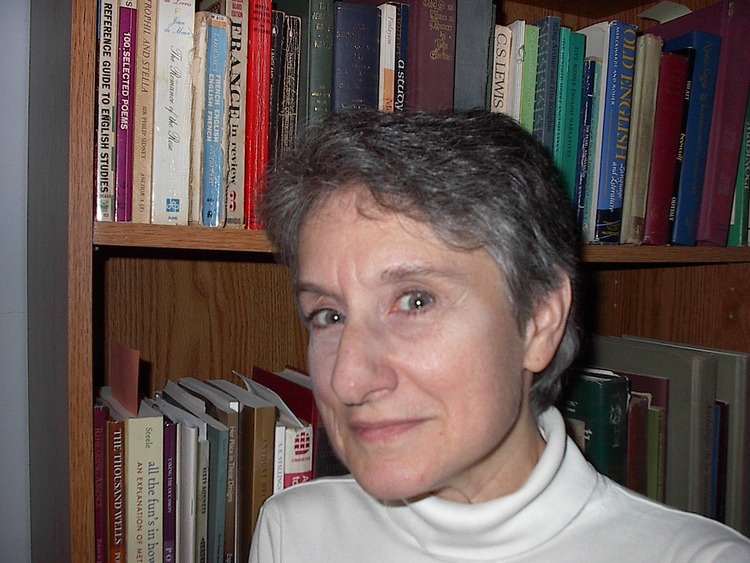 Assaulted, as we all are, by relentless, restless noise-throbbing subwoofers, urban construction, cynical marketing and violent news, even our own banal chitchat-Maryann Corbett "strafe[s] back with the whole Roget/ and gun[s her] engine to its own rough strife. . . ." Though her weapons, her engines, are stillness, insight, and rhythm, there is indeed a sense in which the poems in Street View wallop their subjects with language, blasting us and our pedestrian thoughtlessness with not only wit, but wisdom also. What a boon to have our ears blitzed by Corbett! The exquisite, seemingly effortless grace of these poems with their penetrating music and humor deserve a commendation like that the poet gives Veronese: "This is the catechesis/ we need now, for the kind of sight we work with/ here, where the world kabooms."
-George David Clark, author of Reveille

In Maryann Corbett's new book, we are given a Street View on the world, from Minneapolis to Jerusalem, a portrait of our constructions beautifully constructed in metrical form. And yet this is not the dry poetry of portraiture and architecture. These streets are populated with a variety of town characters, from the vagrant to the dangerous academic "Weirdo" with his void-sucked soul who makes one think of mass killings. It is metrical poetry infused with gorgeous imagery and the vernacular of our scientized world, from neurotransmitters to hydrology. And it takes seriously Wallace Steven's assertion in "Of Modern Poetry" that not only must it face the men of the time and meet the women of the time but "It has to think about war/ And it has to find what will suffice." Suffice it to say that the street view might be uglier than the view onto the mountains or the ocean, but in that ugliness can be found a clearer view on the truth of how we live today.
-Tony Barnstone, author of Pulp Sonnets

Given her gift with detail, Maryann Corbett is the perfect person to offer a view, but an even more perfect person to offer a "street view," the title of her new collection. While Corbett has made a career of being precise, she can be whimsical as well, right down to the "Northrop Mall . . . as fixed and formal as an English sonnet" ("Campus and Dinkytown"). Yet perhaps her greatest strength is that, unlike many poets, she is not afraid to be the quiet steady gaze that takes in everything: all the things most people would miss.
-Kim Bridgford, author of Undone

Maryann Corbett takes the ode less traveled (not to mention the terzanelle less tried and the dactylic hexameter almost unheard of) to oddly familiar destinations: the West Side Y in New York City, Grand Avenue in St. Paul, the dentist's clinic. Her poem "Reburial Rite" starts with the unearthing of Richard III's skeleton in a parking lot and ends with her acceptance of the unknowability of even her own parents' prehistory. She is a rhapsodist of times past and places lost or endangered, but she also lives very much in the present, hearing in the booming, profane rap from the car beside her a "beatbox Marvell" seizing the day. "Stoplight, with Winged Chariot" may be a terza rima sonnet, but demanding poetic forms and erudite allusions never get in the way of her colloquial voice speaking in the here and now. Her tone ranges from elegiac to wry, her subjects from defibrillators to Ted Williams's cryogenically frozen head. She examines experiences with shrewdness and fascination, crafting them into poems that are breathtaking in their intelligence and brio.
-Susan McLean, author of The Whetstone Misses the Knife

Maryann Corbett was born in Washington, DC, grew up in McLean, Virginia, and has lived in Minnesota since 1972 and in Saint Paul since 1986. Trained as a medievalist and linguist, she earned a doctorate in English from the University of Minnesota and spent almost thirty-five years working for the Minnesota Legislature as an in-house writing teacher, editor, and indexer. Her poetry is widely published and has won such awards as the Willis Barnstone Translation Prize and the Richard Wilbur Award. She is the author of the books CREDO FOR THE CHECKOUT LINE IN WINTER: POEMS also from Able Muse Press (2013), Breath Control, Mid Evil, as well as the chapbooks Gardening in a Time of War and Dissonance. Her latest book is STREET VIEW (NYQ Books, 2017).