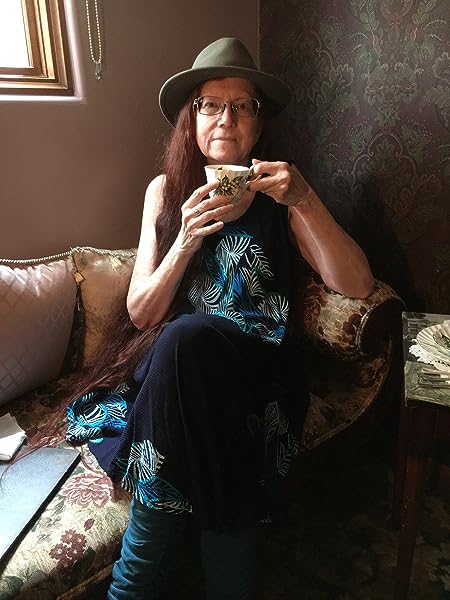 april
5つ星のうち4.0 almost really good...
2016年6月5日に英国でレビュー済み
Amazonで購入
starts well, intriguing premise, but bogs down in the middle, pacing is off, the plot threading water, silly boy-girl romance, teenage angst, but picks up pace again, so keep reading, it gets better...the plot is left unresolved, waiting for the next book, maybe?
not bad, just uneven, and with many threads dangling...mildly amusing, but needs tighter editing, and resolution...

Chris
5つ星のうち5.0 As ususal: the best
2010年10月17日にドイツでレビュー済み
Amazonで購入
I have yet to come across a book form Sherwood Smith that is not catching my interest. This one is a prequel to Crown Duel and I found it especially entertaining since I had just finished the INDRA series and read Crown Duel as follow up. Both A stranger to command and crown duel can be read completely independent and out of order to be great reads.

The only question I have is Why EVER did they choose such a milksop face for the cover of this book?

Swuun
5つ星のうち4.0 I never want to leave Sartorias-deles!
2017年9月18日にアメリカ合衆国でレビュー済み
Amazonで購入
The Inda series captivated me to such a degree that I've been wanting to extend my stay in Sartorias-deles, and after finishing Crown Duel I was eager to read more about the Marquis of Shevraeth.

At this point - five books deep into the wonderfully crafted world of Sartorias-deles - it's difficult to really react to individual volumes rather than how they tie in with everything else. For example, it's so fascinating to be back where Inda started - in the royal capital's Academy barracks - centuries later and see how much has changed, and how much is still the same. And reading about Vidanric's training and struggles to accept the political reality of his home in Remalna is made all the more poignant by knowing what his future has in store for him.

But those same things that were highlights for me might be confusing for newcomers - in the same way that I found the ongoing background plot with characters that clearly have their own stories that I have not yet read to be strange pitfalls. Or maybe not pitfalls - more like teases, piquing my interest without revealing much of anything. I wish there had been more of the Norsunder/Sartor plot intertwined with Vidanric's tale, rather than available in separate books.

I also missed the casual references to queer characters and relationships that were such a key part of the Inda series.

Squirrel Geek
5つ星のうち4.0 More serious than Crown & Court Duel, and ties to the Inda series
2011年9月26日にアメリカ合衆国でレビュー済み
Amazonで購入
Disclaimer/Spoiler: This review assumes that the audience has read the Crown Duel and Court Duel book(s).

This prequel is a surprisingly different novel than the Crown and Court Duel books for several reasons:

1. The original Crown Duel & Court Duel (CCD) was written adventurously and romantically to be understood by young adults, but A Stranger to Command is decidedly more adult, serious and complex though still simple enough for a younger audience.

2. The undertones of a Stranger to Command are more sinister from an unseen threat--perhaps because a lot is hinted rather than plainly stated in Crown Duel. It plays out in military style more of the subterfuge of Court Duel without any of the romance.

That said, it's a fascinating novel about Vidanric's teen years in that there is a pleasantly surprising link to the Inda novel series world.

While this book has some romance, it is nowhere nearly as romantic as Court Duel, but it gives a lot of interesting context to the person that Vidanric becomes in CCD.

My recommendation for the order in which to read the novels is below:

3. Inda (which has four books, but you can get away with reading the first and last, or the first two to three of the four books as long as you check the online wikis to catch summaries of the rest of them.)

5. A Stranger to Command (preferably the electronic eBook/Kindle version, which the author stated in September 2011 has the most completed scenes and recent revisions.)

6. The electronic version of Crown Duel published in 2010, because it contains both Crown and Court, and there are significant variations from the original hardcovers, as well as some extra chapters and scenes that the author added.

7. Then go to Sherwood Smith's website and livejournal blog to read all the extra short stories related to the world of these novels.

Yes, I realize that means re-reading Crown Duel multiple times, but most of us reading this review will have already read CCD recently, so it's really a matter of laboring through the complex adult series, Inda, and then refreshing our minds about CCD, and then reading it again after A Stranger to Command because it's those final reads in which the reader is delighted to discover the richly complex world that author Sherwood Smith has created and revel in what it all means.
続きを読む
16人のお客様がこれが役に立ったと考えています
違反を報告
レビュー を日本語に翻訳する
すべてのレビューを参照します
Amazonプライム会員ならお急ぎ便、日時指定便が使い放題
さらに、映画もTV番組も見放題。200万曲が聴き放題 。クラウドに好きなだけ写真も保存可能。
> プライムを無料で試す