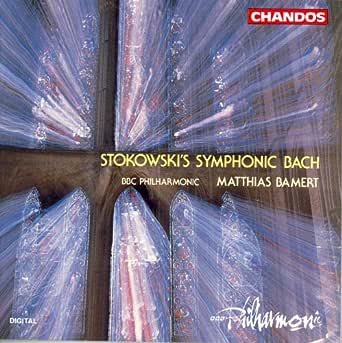 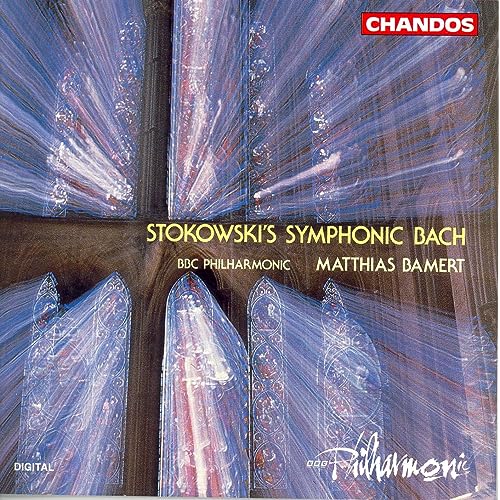 Ludwig VB
5つ星のうち5.0 Baroque works given a spectacular orchestral treatment
2018年2月24日に英国でレビュー済み
Amazonで購入
At the risk of offending many Bach purists, I find much baroque music somewhat inaccessible (as I suspect many classical music fans do). I also have an interest in transcriptions and alternative versions of works. I found this disc to be wonderful, instead of listening to scratchy chamber music and organ works the pure beauty of the music comes to the fore here (please don't shoot me down in flames you authentic fans).

As well as some familiar works there are many that I simply would not listen to in their original format, but for me are given new life by the symphonic forces here. The works are played with passion too; when comparing the Toccata and Fugue on this disc with the Sawallisch version I have the latter seems lifeless and uninspiring in comparison. With Stokowski's clever transcriptions some of the grander works sound almost Wagnerian, but the works are not changed beyond all recognition and much praise must go to this master composer.

A word on the digital recording; the sound quality is outstanding and helps much detail to come out when some of the orchestration could otherwise sound cluttered. The conductor marshals his forces wonderfully well. Bravo!

Philoctetes
5つ星のうち5.0 Not his true colours but the reimagining pays dividends
2016年6月19日に英国でレビュー済み
Amazonで購入
I recently sat through most of an organ recital and was bored to frenzy, and it was mostly Bach. This redressing by Stokey is just the thing for those of us who find it all too churchy otherwise.
続きを読む
1人のお客様がこれが役に立ったと考えています
役に立った
フィードバックを送信中...
フィードバックをお寄せいただきありがとうございます。
申し訳ありませんが、お客様の投票の記録に失敗しました。もう一度試してください。
違反を報告
レビュー を日本語に翻訳する

Here we have one of a pair (so far) of CDs featuring the famous, if not infamous, transcriptions by Leopold Stokowski of the works of Johann Sebastian Bach, played by the BBC Philharmonic with great panache, recorded in the latest sparkling digital stereo sound by Chandos, and conducted, as if his life depended on it, by Matthias Bamert.

Bamert, a composer/conductor in his mid-sixties, studied with Boulez and Stockhausen, amongst others, apprenticed under Szell, later was an assistant conductor under Stokowski himself, and was named Resident Conductor of the Cleveland Orchestra under Lorin Maazel. He has served as Music Director of the Swiss Radio Orchestra, Principal Guest Conductor of the Royal Scottish National Orchestra and Director of the Glasgow contemporary music festival Musica Nova from 1985 to 1990. He has conducted the world premieres of works by many composers, including Toru Takemitsu, John Casken, James MacMillan and Wolfgang Rihm. As Director of the Lucerne Festival from 1992 to 1998, he was responsible for the opening of a new concert hall, instituted a new Easter Festival, a piano festival, expanded the programme and increased the festival's activities.

All this is by way of explaining that Maestro Bamert is a conductor of impeccable credentials, which can only cause one to wonder as to why he has decided to record the oh-so unfashionable transcriptions of Leopold Stokowski (there are also CDs with Bamert/BBC performing Stokowski's transcriptions/orchestrations of the music of Mussorgsky, Wagner, Handel, and Vivaldi, amongst others).

Has he gone mad?

Or, perhaps, has he discovered that these old chestnuts, these testaments to Leopold Stokowski's egocentricities, these musical war horses, long thought dead, might just be something more? In this era of the never ending quest to perform "authentic" renditions of music exactly as we think the composer might have heard it (assuming, of course, Bach, Handel, Mussorgsky, Wagner and the rest owned the latest CD players), has Bamert discovered that sometimes music must be experienced merely for the sheer joy of it? Has Bamert discovered that perhaps "Stokie" knew what he was doing after all?

Beats me. But I can tell you this: I find these exhumations to be absolutely delightful, great, great fun and, yes, I'll say it, good music making as well. I find this, and its' companion CDs, to be thoroughly convincing and absolutely delightful. And in this era of political correctness to the 'nth degree, I find these naughty reminders of our not-so-distant musical past to be absolutely delicious!
続きを読む
16人のお客様がこれが役に立ったと考えています
役に立った
フィードバックを送信中...
フィードバックをお寄せいただきありがとうございます。
申し訳ありませんが、お客様の投票の記録に失敗しました。もう一度試してください。
違反を報告
レビュー を日本語に翻訳する

C. Nielsen
5つ星のうち4.0 Another way to enjoy Bach's music
2016年12月17日にアメリカ合衆国でレビュー済み
Amazonで購入
If you like Bach's famous organ music then you may also like this orchestrated versions on this album. It certainly adds another dimension to the classics many of us love so much.
続きを読む
役に立った
フィードバックを送信中...
フィードバックをお寄せいただきありがとうございます。
申し訳ありませんが、お客様の投票の記録に失敗しました。もう一度試してください。
違反を報告
レビュー を日本語に翻訳する