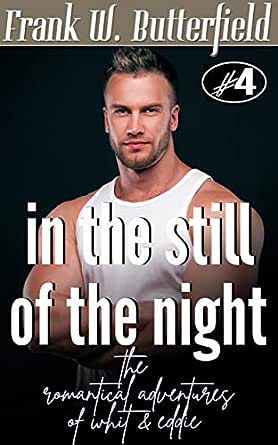 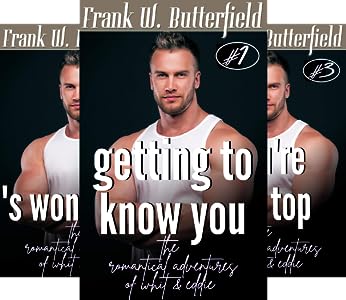 Howdy! I'm Eddie Smith and this is the story of my fourth romantical adventure with my new husband, Whit Hall.

We bought a house that's in the middle of Daytona Beach, as a matter of fact. It's over a hundred years old but, as far as I can tell, there aren't any ghosts, so that's good.

Also, Whit and I both love the place.

There's been a weird glitch, though.

Seems like the contractor Whit hired to install a smart home system used a guy in Romania to do all the programming and, um, we woke up one morning and the heater was on. It's late August in Daytona Beach and that's not cool... so to speak. Someone also cleaned out the contractor's bank account and that really sucks.

Did I mention there's a hurricane heading our way? Well, there is. And it's looking like a monster. My intuition says we can stay put even though the city will probably want us to evacuate.

But we never do anything the way we're supposed to, so... we may be in for a wild and windy ride!

We'll be fine. Or, at least, I think we will. Whit had the contractor install two generators. So that's good.

Ooh! Gotta go. Whit wants to put all the outdoor furniture in the garage before it gets too windy here on the beachside.

I'll keep you posted on how things go down with Dorian...

That's the name of hurricane, by the way, not my friend in Orlando. That's Darío... He and his husband are doing great, also by the way.

As always, I can't wait to find out what happens next!

Geoff Whitwell
5つ星のうち5.0 A MUST READ
2019年10月18日 - (Amazon.com)
Amazonで購入
This book just keeps throwing punch after punch as it explodes into an incredible free fall of intrigue and suspense. It marries together an incredible change, yet again, in Whit and Eddies lives together with more about Carter and Nicks demise. It is an emotional roller coaster but oh so good.
続きを読む
3人のお客様がこれが役に立ったと考えています
レビュー を日本語に翻訳する

Leigh
5つ星のうち5.0 This series just keeps getting better and better
2019年10月21日 - (Amazon.com)
Amazonで購入
I have a HUGE TBR list, but Frank's books never make it to my list. Why? Because I always read them as soon as they come out. This one was no exception. A lot of exciting stuff happening (understatement), Whit and Eddie's relationship growing, checking back in with Nick. Loved it.
続きを読む
2人のお客様がこれが役に立ったと考えています
レビュー を日本語に翻訳する

Amazon Customer
5つ星のうち5.0 I Love This Series!
2019年11月10日 - (Amazon.com)
Another great edition to this growing series. I am in love with Eddie and how much realism his character brings to these stories. He is funny and sweet and caring but still makes mistakes and has flaws and can feel inadequate at times. He is relatable and I love cheering him on in his successes just as much as I root for him to grow from his mistakes. I am excited to see where this series goes as the characters continue on in the footsteps of Nick and Carter and Bob and Mario. This series is still full of mystery and suspense (as are all the books this author has penned) and at its heart is a great love story. My favorite book so far!
続きを読む
レビュー を日本語に翻訳する

C
5つ星のうち5.0 What a great story!
2019年10月21日 - (Amazon.com)
What a great story, Whit and Eddie are just fun to read. With all the twists and turns this adventure takes you to, you never see whats coming. I would really suggest reading these books in order to truly understand the journey Frank Butterfield takes you on.
続きを読む
2人のお客様がこれが役に立ったと考えています
レビュー を日本語に翻訳する
Amazon.comのカスタマーレビューを見る(7) 5つ星のうち5.0
click to open popover
Amazonプライム会員ならお急ぎ便、日時指定便が使い放題
さらに、映画もTV番組も見放題。200万曲が聴き放題 。クラウドに好きなだけ写真も保存可能。
> プライムを無料で試す