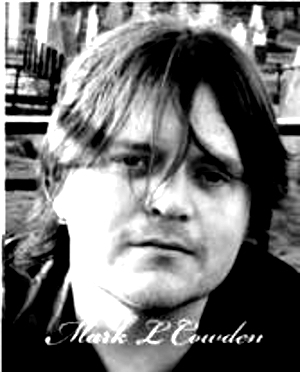 Mark L. Cowden is the audio-visual technician who recorded what is believed to be the first ever documented case of a live, two-way conversation with the spirit world. In early 2010, at an apparently haunted hotel in Northern Ireland, Mark was part of a small team of people who were filming a television documentary series about ghost stories when something incredible happened. While a medium and a psychic investigator sat on a bed in the next room and attempted to contact the spirit of a ghost in the hotel, Mark was able to record not only the medium's side of the conversation-and her report of the responses she was receiving from the spirit-but the spirit's replies directly as well! With camera's rolling, an independent television crew documented the whole process. Not only is this believed to be the first time anybody has ever managed to record a whole conversation between this world and the next, it was also a first for television. SPIRIT VOICES documents Mark's work in the field of paranormal forensics and details the technology and methods he developed to achieve such groundbreaking results.

John G.
5つ星のうち5.0 Paranormal Research Without All The Hype
2016年8月30日 - (Amazon.com)
Amazonで購入
I’ve interacted a few times with the author in social media (Twitter). It wasn’t until recently that I discovered “Spirit Voices” was even written by Mark L. Cowden. I don’t often read a person’s profile or have the time to retweet/respond to those who engage with me. But, one day I did take a look – and I’m pleased I did.

A big turnoff to me is social media has become like a garage sale. So many are pushing a book, a product, a service, you name it. I’ve long been interested in the paranormal and so this book peaked my interest. It was actually Mark’s demeanor that got me to purchase the book. He's a no hype kind of guy from what I can tell.

My enthusiasm for the paranormal had actually declined due to what I’ve experienced on television. It’s obvious that it’s all about ratings, revenue, and yes, even hype. What truly endeared me to the book and the author himself is his respect for spirit themselves and spirituality. It really is all about the common good or it should be.

Nowadays, many run around with equipment in hand and they are a paranormal investigator.There was certainly interest in the departed as a person and not with the sickening sensationalism that appears to be the norm. In the paranormal world, mediums/psychic investigators are often brought in to collaborate with the rest of the investigative team. Honestly, I can’t be sure what to believe.

I felt as though I knew what a psychic/medium experiences. Often times, it’s their word as no one can really substantiate what they indicate is being said, the torment the disembodied soul is experiencing, and even the identity of the person. This reader felt like I was right there. It was so cool to “hear” the replies to the mediums’ questions.

This book was written in almost a conversation style. It felt like I sat down with Mark having a few drinks. I asked him what was new and he proceeded to tell this incredible story. I’ve never been to Northern Ireland but I have been to Europe. In the book, Mark does talk of history and very old buildings. He visualizes that he’s walking where others walked centuries before. I’ve considered the same both in my visit to Europe and even in the oldest city in America - St. Augustine, Florida near where I live.

I’ve always believed there is more to life than just our short time on Earth. This book validated that even further. Imagine, if this was an audio book! If the paranormal is your thing, I highly recommend this book!

Mark Newbold
5つ星のうち5.0 Between Two Worlds
2011年7月6日 - (Amazon.com)
Amazonで購入
The pioneers of EVP research include Jurgenson, Raudive, Macy and Estep, among others. To this list we may now add Mark L. Cowden, former Oklahoman now resident of Northern Ireland. His 'Spirit Voices' is perhaps the most exciting book on psychical research and EVP I have read in some time, culminating in what may be the most groundbreaking event in EVP research. The actual real time capture of a conversational exchange caught on video as well as audio tape of questions and answers between investigators and disembodied entities in an alleged haunted hotel in Northern Ireland.

This conversation is the denouement of the book, but prior to that Cowden shares with us in a warm, engaging and open style his journey from electronic specialist to paranormal investigator. Along the way he shares his inner development in embracing this quest for evidence of after death survival, providing a chapter 'A Moral Dilemma' in which he provides sound arguments for those seeking to reconcile a Judeo-Christian belief system to the implications of parapsychological study. For those readers like myself who have no such qualms, you may skip over this chapter with no loss of continuity, this is even suggested by the author himself. Along the way Cowden shares his adoption of the dowsing pendulum as one of his investigation tools (shades of T.C. Lethbridge).

He provides simple and concise suggestions to readers on how they might also adopt the pendulum if they wish to pursue similar investgations. This accompanied by the practice of meditation and protection before engaging in such pursuits is sound advice for all new to this field. Under the mentoring of the engaging calirvoyants, 'Christine' and the delightful Marion Goodfellow, Cowden becomes adept at spirit rescue- releasing 'trapped' souls from physical location entanglement and allowing them to move toward the light and freedom. My hope is twofold- that this book will become well known, read and discussed and that this is the first of many books from Mr. Cowden.

I must also offer kudos to Anomalist Books, they remain the cutting edge publisher of works on the paranormal and Fortean phenomena today as exemplified for publishing this and other fascinating titles. Long may they thrive!
続きを読む
4人のお客様がこれが役に立ったと考えています
レビュー を日本語に翻訳する
Amazon.comのカスタマーレビューを見る(8) 5つ星のうち4.2
Amazonプライム会員ならお急ぎ便、日時指定便が使い放題
さらに、映画もTV番組も見放題。200万曲が聴き放題 。クラウドに好きなだけ写真も保存可能。
> プライムを無料で試す