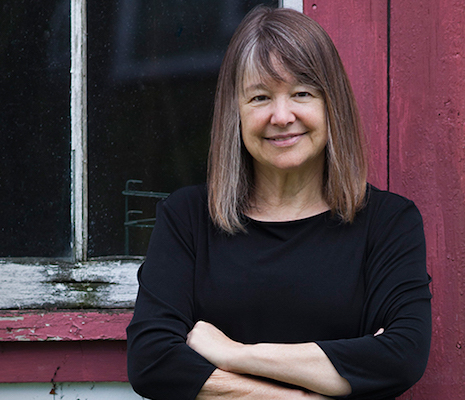 The Spirit Catches You and You Fall Down: A Hmong Child, Her American Doctors, and the Collision of Two Cultures (英語) ペーパーバック – 1998/9/28

１分以内にKindleで The Spirit Catches You and You Fall Down をお読みいただけます。

Anne Fadiman is the editor of The American Scholar. Recipient of a National Magazine Award for reporting and a John S. Knight Fellowship in Journalism, she has written for Civilization, Harper's, Life, and The New York Times, among other publications. She lives in New York City.

Anne Fadiman is the author of two essay collections, At Large and At Small and Ex Libris, and the editor of Rereadings: Seventeen Writers Revisit Books They Love. The Spirit Catches You and You Fall Down received a National Book Critics Circle Award, an L.A. Times Book Prize, and a Salon Book Award. Her essays and articles have appeared in Harpers, The New Yorker, and The New York Times, among other publications. She is the Francis Writer-in-Residence at Yale.

KKM
5つ星のうち5.0 A thorough introduction to Hmong culture and history
2000年12月4日に日本でレビュー済み
The book alternates between historical chapters and chapters about Lia Lee, the child born in the US to Hmong immigrants who had epilepsy (the title of the book is the translation of what the Hmong call epilepsy). This "Fish Soup" method of writing offers the reader the chance to learn the background of the Hmong people, helping the reader to try to understand the reasoning behind some of what Lia's parents believed and why they acted/reacted as they did to Lia's doctors and treatments. It is a very fair, well-researched and well written investigation into why Lia's illness progressed as it did, what the cultural differences were that may have caused some of the misunderstandings and miscommunications, and what we can take away from this (best for those involved in working with the Hmong, but a good takeaway for anyone involved in working across cultures),
続きを読む
1人のお客様がこれが役に立ったと考えています
役に立った
コメント 違反を報告
レビュー を日本語に翻訳する

Miss Jade
5つ星のうち5.0 Really readable
2020年1月14日に英国でレビュー済み
Amazonで購入
I read some of this for my social anthropology class and then decided to buy it because it was so accessible and readable. I've learned so much from this book and I really recommend it.
続きを読む
役に立った
フィードバックを送信中...
フィードバックをお寄せいただきありがとうございます。
申し訳ありませんが、お客様の投票の記録に失敗しました。もう一度試してください。
違反を報告
レビュー を日本語に翻訳する

Kindle Customer
5つ星のうち5.0 Everyone should read this book
2015年6月6日に英国でレビュー済み
Amazonで購入
Brilliant and thought provoking. Everyone should read this book. All medical and nursing students should read it.t is especially of relevance to anyone working with people from a different cultural back ground whether in medicine, education or the workplace in general. However even those with similar backgrounds can be on different "wavelengths" and many misunderstandings arise because of this. If we are more open to other people's view of the world we can understand us and them more!
続きを読む
2人のお客様がこれが役に立ったと考えています
役に立った
フィードバックを送信中...
フィードバックをお寄せいただきありがとうございます。
申し訳ありませんが、お客様の投票の記録に失敗しました。もう一度試してください。
違反を報告
レビュー を日本語に翻訳する

william stern
5つ星のうち5.0 Should be compulsory reading in medical schools
2014年10月21日に英国でレビュー済み
Amazonで購入
When a doctor sees a patient for a consultation, it is easy to assume that everyone wants the same thing. The patient wants help with their ailments. The doctor wants to provide that help.

But sometimes things can get in the way. We have all experienced it to some degree.

This book, researched over 8 years, takes a massively in-depth look at this problem, crystallised in the relationship between a family of Vietnamese Hmong immigrants in California, and their doctors, when one of their daughters develops life-threatening epilepsy. The doctor-patient relationship is massively challenging. The family don’t speak English, but even once the language barrier is overcome (to an extent) with interpreters, they have unrealistic expectations from the American medical system, and a completely different set of beliefs about illness. The doctors believe epilepsy is a pathological process in the brain, while the family believe “the spirit catches you and you fall down”.

Aside from the medical parts, which are described carefully and objectively, and without portioning any blame, this book is a very touching story of a family coping with adversity in a brave and dignified way, as well as a simple history of the Hmong people of Vietnam, covering some of their early history, their legends, their beliefs, their tragic involvement in the Vietnam war, and their forced immigration.

The three tales are woven into a coherent narrative. There is certainly an element of drama in Lia’s repeated admissions to hospital, prolonged seizures and brushes with disaster. The odds are stacked up against Lia, her family and her doctors, all of whom have the child’s interest firmly at heart.

Some of the doctor-patient interactions are terrifying. For the first few visits to the emergency room, the doctors and the family have no means of communication whatsoever. Since the seizures had generally finished by the time Lia reached hospital, the entire reason for her visit to hospital was missed. It was only after being sent home several times that she arrived at hospital still having a seizure and the doctors realised she had epilepsy.

Later, despite complex treatment regimes, Lia would repeatedly turn up at hospital with no anti-epileptic medication in her bloodstream. Her parents believed the drugs were not working, or even made Lia worse; this may have been true, or it may not have been, and none of the protagonists could really be sure.

The book skates carefully through some of the dilemma’s faced by the officials trying to care for Lia – the doctors, nurses, social workers, lawyers and translators. At one stage, Lia is forcibly removed from her loving family and placed in foster care, a decision which is easy to understand but hard to justify knowing the full facts.

The end of the book revolves around a particularly severe episode.

Could this story have had a different ending? The events of the book occurred in the 1980s – how would this play out 30 years later? Maybe the ending would be no different – medicine does not have all the answers. But some things have changed for the better. Researchers have studied compliance (now correctly called “adherence”). Doctors are less paternalistic, more open to allowing alternative “healers” to be involved, and there would hopefully now be more dialogue around treatment decisions. Translators are more widely available, either in person or by phone, and modern doctors would hopefully find it easier to communicate with Lia’s family. Hopefully they would also make more of an effort than featured in some of Lia’s early encounters with doctors. But failures like this still occur today.

This book is far more than just a case history. I defy anyone to read this without caring about Lia, her indomitable parents, and even her doctors, who tried their hardest to fight for her and her family when others might have given up.

Attitudes and standards have changes in the 30 years that have passed, and this book was one of the catalysts for change. It is compulsory reading in some medical schools, and I think all doctors should read it.
続きを読む
3人のお客様がこれが役に立ったと考えています
役に立った
フィードバックを送信中...
フィードバックをお寄せいただきありがとうございます。
申し訳ありませんが、お客様の投票の記録に失敗しました。もう一度試してください。
違反を報告
レビュー を日本語に翻訳する

Travel Ecstasy
5つ星のうち3.0 Interesting but difficult to read
2017年3月29日に英国でレビュー済み
Amazonで購入
Fascinating insight into the Hmong culture and the clash with modern paternalistic medicine. Not the easiest book to read though. The writing style is quite verbose and I think some brutal editing would have made for better flow. Definitely not the sort of book you can read in one go.
続きを読む
役に立った
フィードバックを送信中...
フィードバックをお寄せいただきありがとうございます。
申し訳ありませんが、お客様の投票の記録に失敗しました。もう一度試してください。
違反を報告
レビュー を日本語に翻訳する

Alan B
5つ星のうち5.0 Among the Hmong
2013年11月29日に英国でレビュー済み
Amazonで購入
This is a wonderful book about the clash between two cultures. it's beautifully and sympathetically written and there is an excellent afterword, looking back at the time it was first published, It's mainly a very sad story with a few heroes; but even the villains are doing what they think is right.
続きを読む
1人のお客様がこれが役に立ったと考えています
役に立った
フィードバックを送信中...
フィードバックをお寄せいただきありがとうございます。
申し訳ありませんが、お客様の投票の記録に失敗しました。もう一度試してください。
違反を報告
レビュー を日本語に翻訳する

Alice Castle
5つ星のうち4.0 Enjoyable
2013年9月14日に英国でレビュー済み
Amazonで購入
This book really broadened my knowledge of the Hmong culture and how different cultures can become assimilated into an existing one and the problems which can occur with this. I would recommend this to anyone who wishes to learn about different cultures and assimilation, particularly those people in the medical community.
続きを読む
1人のお客様がこれが役に立ったと考えています
役に立った
フィードバックを送信中...
フィードバックをお寄せいただきありがとうございます。
申し訳ありませんが、お客様の投票の記録に失敗しました。もう一度試してください。
違反を報告
レビュー を日本語に翻訳する

Cherry
5つ星のうち5.0 Moving book
2020年4月10日にカナダでレビュー済み
Amazonで購入
I bought this book in hopes of learning more about my boyfriend and his culture. This book gives you a lot of insight and as a nursing student, I feel that I can relate to both sides of the story. Highly recommend.
続きを読む
役に立った
フィードバックを送信中...
フィードバックをお寄せいただきありがとうございます。
申し訳ありませんが、お客様の投票の記録に失敗しました。もう一度試してください。
違反を報告
レビュー を日本語に翻訳する