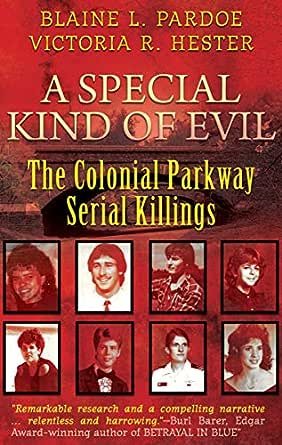 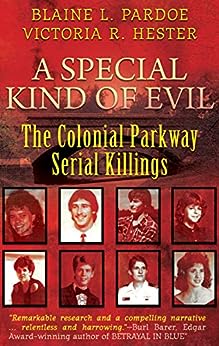 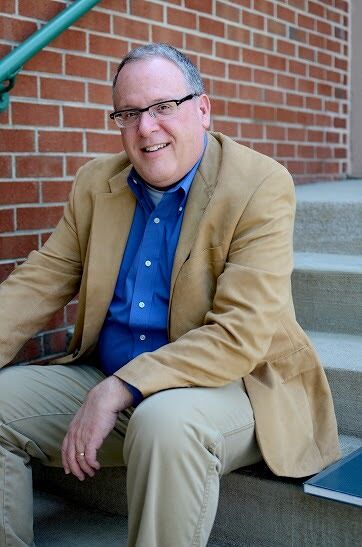 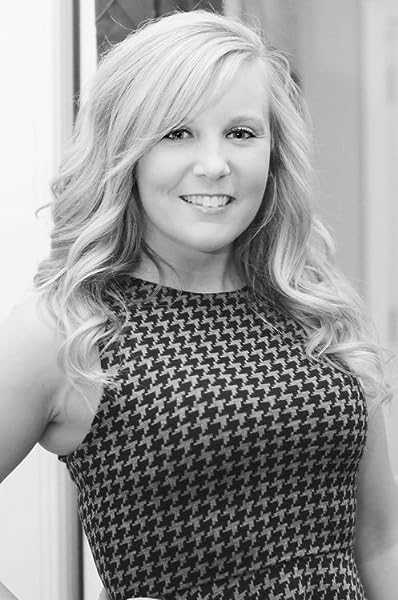 "Pardoe is the master of atmosphere and setting the scene. Pardoe and his daughter Victoria, put you inside a DeLorean time machine with a flux capacitor ... Once you're taken back to that time and place, you want to stay there and look around for a while. Peer over the investigators shoulder as they examine the crime scene." - Historical Crime Detective

"Pardoe and Hester, a father-and- daughter writing team, have presented a well-organized and highly entertaining examination of a puzzling case that's still rife with unanswered questions." - The Lansing State Journal

"... this is no fictional work of fevered imagination; it's the real thing. Blaine Pardoe nimbly explores his story of murder, sex, and psychopaths in what makes for a crackling good read. This is a real 'can't put it down' page turner!" - Arnie Bernstein, author of Bath Massacre: America's First School Bombing

Victoria Hester is an award-winning and accomplished author of three true crime books - with a concentrating on cold cases. A Registered Nurse by night, author and investigator by day, she co-authors with her father - making them the only father-daughter duo writing in the true crime genre. --このテキストは、kindle_edition版に関連付けられています。

Bill Thomas
5つ星のうち5.0 Outstanding True Crime Book on the Colonial Parkway Murders
2017年7月18日にアメリカ合衆国でレビュー済み
Amazonで購入
Highly recommended: the new book on the unsolved Colonial Parkway Murders, 'A Special Kind of Evil: The Colonial Parkway Serial Killings' by true crime authors Blaine Pardoe and Victoria Hester, out now. Well worth reading, it explores how four young couples were killed in lovers' lanes in and around Williamsburg, Virginia from 1986 to 1989, four double homicides that remain unsolved. Blaine and Victoria spoke with a number of friends and family of the eight victims, together with knowledgeable journalists and reporters who have been covering the case for decades, as well as first responders and law enforcement investigators who worked the case, both on and off the record.

The authors capture the frustration of a group of family members still waiting for answers, pushing back against bureaucratic responses from agencies who often seem more interested in protecting their institutional interests than helping the families, including the FBI, National Park Service, and Virginia State Police. Amazingly, they even manage to get former FBI agents to speak with them, a rare feat. Blaine and Victoria use a conversational style, backed up by in-depth research, which paints a strong picture of the time and place and makes the sometimes heartbreaking details of young lives cut short a bit easier to take. Their contrast of the beauty of the Tidewater area of Virginia, home to historic sites Williamsburg, Jamestown, and Yorktown and a major military complex in Norfolk, with the terrible crimes that occurred along these lovely back roads is particularly striking. If you enjoy true crime or historical fiction, you will enjoy 'A Special Kind of Evil.'

Rose Pardoe
5つ星のうち5.0 An in depth insight into the victim and their families.
2017年7月17日にアメリカ合衆国でレビュー済み
Amazonで購入
This was a different twist on the unsolved murders. The authors brought every facet of each victims lives into focus for the reader. It's a book that makes one think of the people left behind. I would recommend this book to any true crime reader. The hope is that the killer or killers be found.
続きを読む
13人のお客様がこれが役に立ったと考えています
違反を報告
レビュー を日本語に翻訳する

Shebug39
5つ星のうち5.0 Buy this book!
2017年7月27日にアメリカ合衆国でレビュー済み
Amazonで購入
I read this book in less than two days. I just couldn't put it down. Buy This Book! You wont be disappointed!
I grew up in N.N.,Va. when these murders took place. I knew one of the victims. September 1987 is when our innocence was stolen. A life changing event...
Blaine & Victoria fill in holes and gaps that weren't reported in the newspapers during that time. They write like opening a time capsule back to the '80's. Even if you dont know the area, the authors put you there.
There are eight victims, eight different roads to travel, eight life journeys, that all end with the same fate... and alot of unanswered questions.
This book is beautifully written, chapters are set up so they're easy to read, and follow.
続きを読む
18人のお客様がこれが役に立ったと考えています
違反を報告
レビュー を日本語に翻訳する

Pamela S. Simone
5つ星のうち5.0 The Mystery Lingers
2017年10月29日にアメリカ合衆国でレビュー済み
Amazonで購入
I thought this was a well-organized and thoughtful work on these murders and I recommend it for anyone interested in this case.
What I took way from this book is that the handling that delayed the investigations played a critical part failure to solving these murders.
Each time the agencies made rush judgements that eventually were disproven. The failure of various agencies to pool evidence and work together allowed opportunities to fully research the evidence and make essential connections between the cases.
It should be a textbook case on the reasons for agencies to work together.
I'm not so sure it had to be two people working together. There have been multiple cases of a single killer murdering multiple victims. This person who did these crimes thought out methods to gain and maintain control of the victims. If the victims thought the person was an officer, they may have initially cooperated thinking they could clear up the situation and realized too late that they were dealing with a killer.
I wonder if the killer in the first case may not have realized until he got a better look at his victims that he was dealing with two women. By that time he could not let them go free because they would likely report the incident and they may have gotten a good enough look to identify him.
A drug deal gone wrong does not sound likely in one case does not ring true either. It seemed like a convenient conclusion because of the reputation of the area rather than the evidence and facts of the case. It seems like a lot of violence for a small amount of drugs and so little money.
I wonder if the killer spotted the victims elsewhere and figured out a way to herd them onto the parkway by flashing lights like a police car. Then the nature of the area made everything else necessary to commit the crimes fall into place, especially in the case where both victims were known to hate this area and avoided it as often as possible.
May be the book will inspire more discussion and encourage the development of a cold case task force that pools the evidence from all agencies to solve the case.
I really feel a sadness for the families. I have two close friends who lost family members to murder. One was the nephew of a friend who was the victim of an unsolved murder in a sting effort to shut down a major drug operation. The other was my friend's sister who was the victim of a serial killer. The case remained unsolved for 17 years. I also was friends in high school with two girls whose brother and his friend disappeared almost 45 years ago and the case remains unsolved. So I have seen first hand the suffering of family members and what a toll crimes like these take on families.
Hopefully this book will shake things loose on these cases and the families will get answers and some justice.
続きを読む
6人のお客様がこれが役に立ったと考えています
違反を報告
レビュー を日本語に翻訳する

John Franklin Green Jr.
5つ星のうち5.0 Interesting book about a thirty year old mystery.
2017年7月23日にアメリカ合衆国でレビュー済み
Amazonで購入
With the exception of some minor geographical errors this is an excellent book. In fact I could not put it down. I am retired from the York-Poquoson Sheriff's Office and was working during the time period of these incidents and remember them well. That being said, I actually knew very little about the "Parkway Murders". I was familiar with many the names that were mentioned. The book does a case by case analysis of the four Murders and goes into as much detail as possible. Being as I was up way into night finishing the book needless to say I highly recommend it.
続きを読む
12人のお客様がこれが役に立ったと考えています
違反を報告
レビュー を日本語に翻訳する
すべてのレビューを参照します
トップへ戻る
Amazonについて
Amazonでビジネス
Amazonでのお支払い
ヘルプ＆ガイド
日本語ショッピングのための言語を選択します。 日本ショッピングのための国/地域を選択します。
© 1996-2020, Amazon.com, Inc. or its affiliates