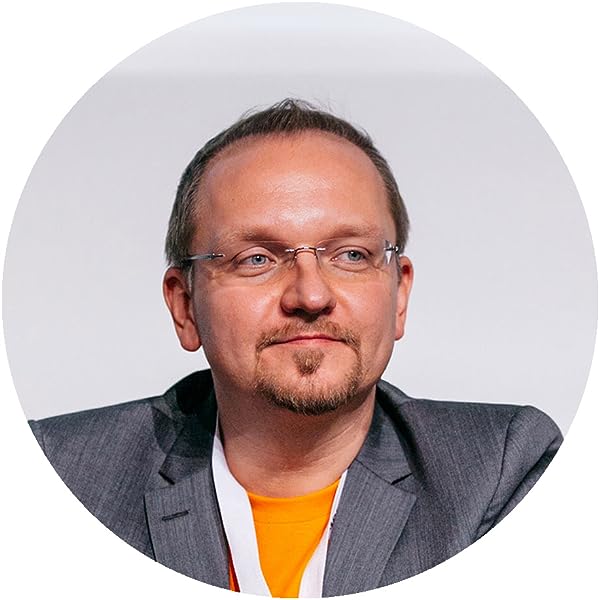 Programmers are some of the least known, understood, or inquired of, people on the planet. One of Christoph C. Cemper’s goals, in his book, Spaghetti Code: Detangling Life and Work with Programmer Wisdom, is to bring more recognition to this vast group of professionals and the amazing work they perform. CEO, of LinkResearchTools, Christoph C. Cemper began programming computers, as a young teen. At that time, the Commodore 64 was one of the first “home” computers. Until then, computers, and time on them, was available only to an elite few. Bill Gates, for instance, wrote in his first book, about the opportunity, at his private school to use access time to a mainframe computer with the school’s teletype machine. Now, from the vantage of more than three decades of being a part of the programmer community, Cemper relates his stories from the front lines of programming. He provides a unique perspective of work and life, as seen from a programmer’s stance. And he provides some “programmer wisdom” to suggest some solutions for the obstacles of work and life. As well, in the book, he advocates for the profession of programmer and the great future available, as part of the programmer community.

Joe Thornton
5つ星のうち5.0 Great retrospective/look ahead at the impact software coders have on our world
2018年1月4日 - (Amazon.com)
Amazonで購入
Terrific book that explores modern history of computer programming - a first-hand account from someone who's been in the trenches since getting a Commodore 64 as a kid. I've had the opportunity to get to now Christoph professionally and I admire his creativity and innovative thinking, particularly how he looks beyond the 1's and 0's to imagine what CAN be done through programming.

The book is part historical account, part forward thinking (lots of references to the "Internet of Things to Come) and part champion of the sometimes-maligned/mocked computer programmer.

The book is written with programmers in mind, but even non programmers can get some good insight into the evolution of coding and how software coders have a dramatic effect on our daily lives. Spaghetti Code also provides great examples of problem solving tactics that coding engineers employ to make computers address real world issues - examples that can have application and purpose to those of us who don't know coding at all, but still have to solve problems in our lives.

As someone who grew up in the same era as Christoph, the book is an enjoyable read that gives reason to pause and marvel at how much our lives have been transformed by the emergence of computers, mobile devices, smartphones, voice assistants, smart refrigerators - even our computer-infused cars. Christoph celebrates the people and innovations that have happened since those first archaic PC devices hit the market in the early 1980s.

In this book, Christoph shows how to take lessons from the programming and marketing world to better your life.

From the title, you might think this is just a self-help book. It is not. Christoph spends most of the book describing the programming or marketing concepts that you need to understand his suggestions to improve yourself.

This book covers a lot of programming and marketing history from somebody who has been there and done that. Anybody who is interested in software engineering and/or marketing would get a lot out of this book.
続きを読む
1人のお客様がこれが役に立ったと考えています
レビュー を日本語に翻訳する

Amazon Customer
5つ星のうち3.0 Not for software engineer
2019年4月1日 - (Amazon.com)
Amazonで購入
I didn’t finish the book. I have two main critics:

The book is not well organized and contain lots of unrelated topics. For example, I read plastic bag in whale stomach in the freemium chapter, ergonomics keyboard in hotfix.

Some topic and ideas in the book are interesting but I was put off by this unrelated stuff.
続きを読む
レビュー を日本語に翻訳する

SC
5つ星のうち4.0 Entertaining but far too many commas
2018年3月31日 - (Amazon.com)
Amazonで購入
Christoph, I enjoyed your book. (I want to make that clear first.) What made this hard to read for me were the incredible number of commas breeding everywhere, slowing down the progression of sentences and thoughts. Perhaps German encourages this kind of thing? I'm unsure. A good, solid book on the values of programming, computer science, and self-analysis.
続きを読む
レビュー を日本語に翻訳する
Amazon.comのカスタマーレビューを見る(15) 5つ星のうち4.6
Amazonプライム会員ならお急ぎ便、日時指定便が使い放題
さらに、映画もTV番組も見放題。200万曲が聴き放題 。クラウドに好きなだけ写真も保存可能。
> プライムを無料で試す