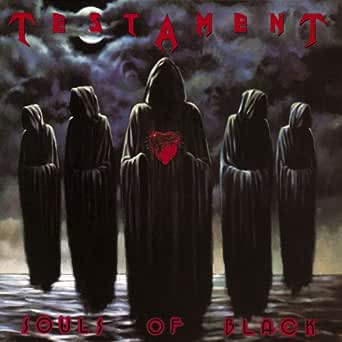 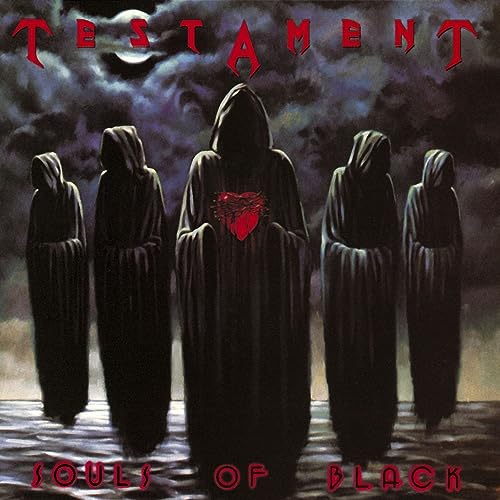 Agma
5つ星のうち5.0 Classic alert!...
2014年5月20日に英国でレビュー済み
Amazonで購入
Always enjoy revisiting this incredible thrash metal album. "Souls of Black" is the fourth and probably best effort to pass from these legendary USA bay acts. This album's fairly overshadowed by the equally formidable "The new order"; but I struggle to see how the former is any better or indeed how this album could in any way be improved upon. Thrash perfection: Strong guitar:- riffs and lines; a permeable production, a clean & sweeping percussion, all topped with a scorching vocal, seals this one as one of the very best ever.

These 10 little ditties shout of a well thought-out songwriting, plus tons of superb and subtle nuances to-boot. I simply cannot recommend this album or band enough to anyone even remotely interested in classic rock or metal; as it's not just a blitzy excursion of speed, but a variant and highly refreshing piece of art as well.
続きを読む
3人のお客様がこれが役に立ったと考えています
違反を報告
レビュー を日本語に翻訳する

Kingcrimsonprog
5つ星のうち5.0 Classic Testament
2011年5月31日に英国でレビュー済み
Amazonで購入
1990's Souls Of Black is a truly enjoyable album from the bay area thrash band Testament. The album features fan favourite semi-ballad 'The Legacy,' and the famous title track 'Souls Of Black,' so right from the get-go you know that this album is worth your time.

Sometimes this album is overshadowed by the reputation of the band's previous three albums The Legacy, The New Order and Practice What You Preach, all of which are undeniable classic albums of the highest order, but if you enjoyed those records then you will surly enjoy Souls Of Black as well, continuing the melodic yet heavy thrash style from the Practice What You Preach album.

Opening, as all the best thrash albums do, with a short acoustic guitar intro into an out and out thrash number the album gets going to a strong start, with the very catchy 'Face In The Sky.'
From that point on the album never dips in quality, with songs like 'Love To Hate,' and 'One Man's Fate,' being as good as anything you'd expect from Testament.

Each area of the album is of the highest quality; the music is strong, the lyrics are strong and the production is strong.

In summary, don't miss out on Testament's incredible fourth studio album, critical claims that it sounds rushed just don't hold up against a fair and educated listen. If you like thrash, especially bay area thrash and especially by Testament, then Souls Of Black is an album you want to be listening to.
続きを読む
3人のお客様がこれが役に立ったと考えています
違反を報告
レビュー を日本語に翻訳する

juan restan
5つ星のうち5.0 Amazing!!!
2013年5月8日に英国でレビュー済み
Amazonで購入
Finally, I can have this record, excellent from start to finish, Testament is one of my favorite bands of my own big four with Kreator, Slayer and Overkill
続きを読む
3人のお客様がこれが役に立ったと考えています
違反を報告
レビュー を日本語に翻訳する