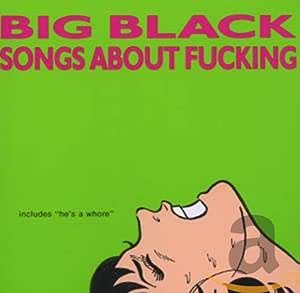 1. The Power Of Independent Trucking

J. Tourettes
5つ星のうち5.0 Fast-paced, but nonetheless damn good
2009年12月8日にアメリカ合衆国でレビュー済み
Amazonで購入
It seems like a shame that these guys had to disband some 21 years ago (1988). I sometimes wonder what they would sound like with each new album release, had they not broken up. If you've never heard this album, I would best describe it as buzzsaw industrial keyboards & guitars, thundering (and somewhat loud) dance / bass drum beats. All in all, this is a forgotten record from a forgotten band. The atomic bomb-like filter in the singers voice (equipped with something like a condenser mic) triggers a monolithic symphony of beats, breakdowns, and hostile lyrics (which some women would find ridiculously degrading). Somewhat of a misogynist album. Very disturbing at times (just read the sleeve art in the case); sounds almost like a snuff film or pornographic lyrics, which is exactly what sparked controversy on this band's part. Who knows? Maybe the world wasn't ready for this type of extreme alternative in 1987, but I'll bet a HELL of a lot of 35 - 40-year-old guys would beg to differ. The following is a track breakdown:

This band changed the rules following the death of hair / pop metal of the 80's. It was a great start to something new, venturing into uncharted territory. Just like some other bands of the late 80's emerging into the grunge era, this band's legacy for creating self-loathing, controversial "shock" rock will remain an astronomical influence for bands who would follow in their footsteps (i.e., NIN, Pixies, Nirvana, R.E.M., Smashing Pumpkins, etc...

Christoph
5つ星のうち5.0 this is nuts.
2006年3月15日にアメリカ合衆国でレビュー済み
Amazonで購入
this is probably one of the most seriously evil sounding rock albums of all time. this sort of music is great when youre in a mood where you just cant cope with the mindless petty droning of everyone around you. the drum machine slaps you in the face, or more accurately, beats you into submission with a sledge hammer.

this is big black at their best, meaning their most brutal.

my favorite tracks are the "power of independent trucking" and their cover of the kraftwerk song, "the model".

the former of these two tracks features blast beats and guitars that sound like a saw slicing through sheet metal. The latter captures the cold mechanical feel of kraftwerk's song but adds a frightening almost stalkerish degree of leering creepiness. when albini says "she's a model and shes looking good" its almost chilling. This is an essential album for fans of post-punk/proto industrial. But a small caveat, this album will destroy any happy fluffy thoughts you had on before listening to it.
続きを読む
10人のお客様がこれが役に立ったと考えています
役に立った
フィードバックを送信中...
フィードバックをお寄せいただきありがとうございます。
申し訳ありませんが、お客様の投票の記録に失敗しました。もう一度試してください。
違反を報告
レビュー を日本語に翻訳する

Buffalohump
5つ星のうち5.0 Gods of Skronk
2006年10月24日にアメリカ合衆国でレビュー済み
Amazonで購入
The late 80s/early 90s was a time in music that was at least as fertile as the late 60s/early 70s. Great bands seemed to pop up every other week. Among these was a 3 piece from Chicago with the moniker of Big Black (how perfectly apt). They garnered attention largely due to the first track on the first LP, Atomizer.

The song, Jordan Minnesota, was about paedophilia, and how it had spread throughout a sleepy mid-western town until just about everyone in the town was involved in a massive conspiracy to abuse each other's children. The song itself was a huge pounding monstrosity that sounded as if it had been recorded in one of the lesser known basements of hell. The band comprised three skinny geeks in wire-rimmed glasses and a drum machine named Roland.

They looked like accountants, but in reality they were hitmen, with guitars instead of sawn-off shotguns, and their intention was to deliver the coup de grace to the dull, overblown, drug-addled corpse of rock and roll. Of all their contemporaries, Big Black were probably closest to Swans in their fascination for the excesses of human behaviour. Sonically, though, they occupied a territory all of their own.

With hideous guitar skronk produced by custom-made aluminium guitars, martial beats courtesy of 'Roland' and Albini's muffled lunatic ranting, they crushed all in their path, like blitzkreig circa '39. 'Songs' was arguably their peak. The cover said it all, and the music it contained just went straight for the jugular. Shorter and sharper than Atomizer, it nontheless contained all the key ingredients from that awesome debut. It was a claustrophic nightmare of a record that grabbed you by the nape of the neck and forced you to look at the nasty dead thing under the sink.

The crowning glory was Albini's superb liner notes. Coruscating little vignettes that gave some insight into the twisted genius behind it all. I'd read them over and over and laugh like a drain. It was all a sick joke, and if you got it, great. If not, well, there's always MTV... American punk rock would never be this good again.
続きを読む
11人のお客様がこれが役に立ったと考えています
役に立った
フィードバックを送信中...
フィードバックをお寄せいただきありがとうございます。
申し訳ありませんが、お客様の投票の記録に失敗しました。もう一度試してください。
違反を報告
レビュー を日本語に翻訳する