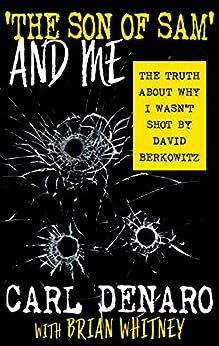 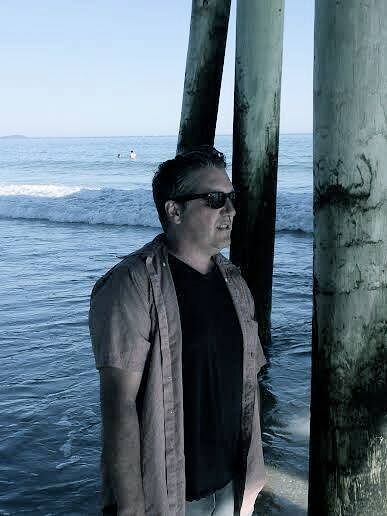 'The Son of Sam' and Me: The Truth About Why I Wasn't Shot By David Berkowitz (English Edition) Kindle版

punk rock OG
5つ星のうち5.0 Is it still a conspiracy theory when one of the victims support it?
2021年3月22日にアメリカ合衆国でレビュー済み
Amazonで購入
As someone who has always believed in the multiple shooters / satanic cult theory first publicized in Maury Terry's 'The Ultimate Evil' one of the main frustrations is dealing with people who always throw out the satanic panic hysteria as a reason why it couldnt be true, and who try to claim Maury was just trying to make a buck. But in this new book, Carl Denaro, one of the surviving victims of Son of Sam tells his story, and why he fervently believes that David Berkowitz had accomplices. Aside from going into detail as to what happened to him the night he got shot, he also talks about the recovery process, his friendship (warts and all) with Maury Terry, and his own correspondence with David Berkowitz. I highly recommend this book, and hope that it leads to the truth coming out and to the surviving cult members being brought to justice.
続きを読む
12人のお客様がこれが役に立ったと考えています
違反を報告
レビュー を日本語に翻訳する

Richard Snay
5つ星のうち5.0 A must read for SoS research
2021年4月20日にアメリカ合衆国でレビュー済み
Amazonで購入
This case was larger than life to me as a 12 year old. Although it occupied just over a year of history, and the first 3 or 4 attacks took place before they where linked and the story took off in the press, the coverage was so ubiquitous that it seened to go much longer than it actually did. Maury Terry's "The Ultimate Evil" was a revelation, this book offers something Terry could not: the voice of someone who was THERE.
Although he worked with a co-writer, the words here are essentially Carl Denaro's. The feelings, the fears, the confusion of the first few hours and days following his attack are all here. The book reads much like just sitting back and letting someone tell you an interesting story. I finished it in a handful of hours, and I'm sure I'll read it again.

Frank J. Degennaro
5つ星のうち5.0 A Nice Account from a Great Guy
2021年5月9日にアメリカ合衆国でレビュー済み
Amazonで購入
The Son of Sam documentary on Netflix and the rerelease of The Ultimate Evil should be accompanied by this book, the only one written by one of the victims of Son of Sam. If you google Carl you will find videos of him describing the events of that evening and you can also see him touring the site with YouTuber Manny Grossman - definitely worth the watch- and he comes across as a really cool regular guy you'd probably love to hang out with in a Queens bar. Carl is active on social media regarding the Son of Sam case and he wrote a great book that will detail his opinion on what happened to him and his date, Rosemary Keenan, the night the was shot in the head and his life was forever changed. I have read many books on Son of Sam and my library would not be complete without Carl's book. I highly recommend it.
続きを読む
5人のお客様がこれが役に立ったと考えています
違反を報告
レビュー を日本語に翻訳する

Jason Medina
5つ星のうち5.0 Great Companion Book to Maury Terry's "The Ultimate Evil"
2021年6月1日にアメリカ合衆国でレビュー済み
Amazonで購入
I found it very interesting to be able to see the Son of Sam case through the eyes of one of the victims. Carl's experience speaks volumes with the way it affected his life and still continues to do so. He also helps to explain how there is evidence there were multiple shooters in the SOS case, even though it was never officially documented by the police. I hate to say it, but they were too intent on wanting to close the case, rather than investigate it thoroughly. If you read Maury Terry's "The Ultimate Evil," you can read more about that. Carl's book is the perfect companion to that book, especially since Maury was his mentor. However, Carl can tell the story from a first person's perspective. He was there. He was shot and he survived. Don't deny yourself. Read this book.
続きを読む
3人のお客様がこれが役に立ったと考えています
違反を報告
レビュー を日本語に翻訳する

HoHW
5つ星のうち5.0 Couldn’t put it down!
2021年3月17日にアメリカ合衆国でレビュー済み
Amazonで購入
A gripping true story and firsthand account of the many mysteries surrounding the infamous Son of Sam killings. Carl takes us on a decades long quest for the real truth from the perspective of strong and determined survivor of one of those horrific attacks. The book answers many questions and asks just as many. Carl’s unyielding determination in pursuing every strand of the many inconsistencies and overlooked leads provides an incredibly unique perspective on what we know and what we don’t know about these tragic and cowardly attacks. It also gives us a unique perspective on the author and his personal journey before and after. Thanks to Carl for his courage and determination to bring his firsthand experience to life for the reader.
続きを読む
6人のお客様がこれが役に立ったと考えています
違反を報告
レビュー を日本語に翻訳する
すべてのレビューを参照します
トップへ戻る
Amazonについて
Amazonでビジネス
Amazonでのお支払い
ヘルプ＆ガイド
日本語ショッピングのための言語を選択します。 日本ショッピングのための国/地域を選択します。
© 1996-2020, Amazon.com, Inc. or its affiliates