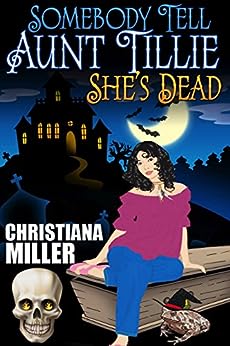 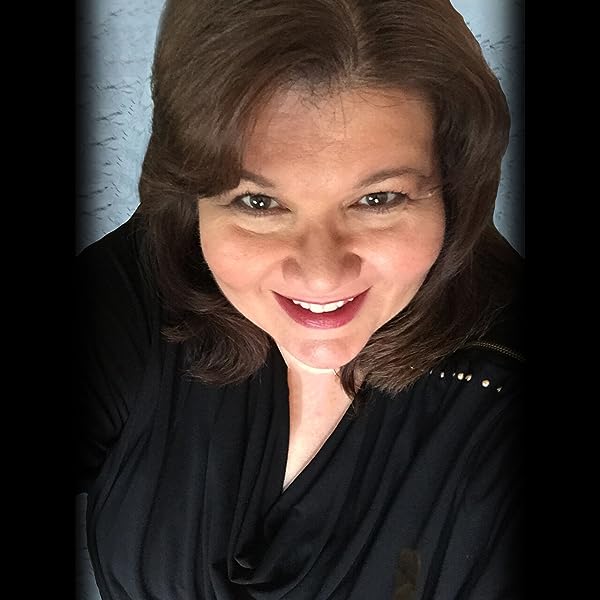 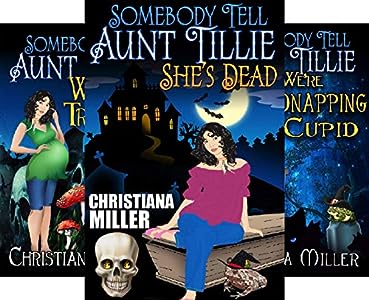 Christiana Miller is a novelist, screenwriter and mom who's led an unusual life. In addition to writing for General Hospital: Night Shift and General Hospital, she's had her DNA shot into space (where she's currently cohabiting in a drawer with Stephen Colbert and Stephen Hawking), she's been serenaded by Klingons, and she's been the voices of all the female warriors in Mortal Kombat II and III. If her life was a TV show, it would be a wacky dramedy filled with eccentric characters who get themselves into bizarre situations. If you want to know more about her, you can visit her website at www.christianamiller.com --このテキストは、paperback版に関連付けられています。

FraserD
5つ星のうち3.0 Really, really slow and didn't ever make me laugh
2020年12月29日に英国でレビュー済み
Amazonで購入
I don't like first person narratives at all and by being first person, since you know "you" must survive to tell the story, it sort of removes any suspense or tension in the story line. Some of the reviews describe it as a fun book. Fun is making you laugh and I certainly didn't. It is written in a light-hearted throw-away style which works but only up to the point where you know nothing really bad is going to happen. As for the plot line - been there, done that and why did the author take over 60-70% of the book to get to the actual Aunt Tillie? An okay read for holiday perhaps but I feel I have lost a few days of my life reading a load of intro to get to the point - a point which isn't novel or unique either. Such a shame. I didn't hate it but I didn't like it either and won't recommend it. 3 stars for the effort and lack of typos and I think 2 stars would have been mean.
続きを読む
違反を報告
レビュー を日本語に翻訳する

L. Sears
5つ星のうち4.0 A dark comedy, paranormal read
2016年6月23日に英国でレビュー済み
Amazonで購入
This was a strange book. Picked up as a freebie promotion from Amazon, I got it for the paranormal-dark comedy value. And in that aspect I wasn't disappointed.

The story is of a young witch trying to find her place in life, coping with the perceptions and prejudices of others. But when she casts a spell to help her find a stable future she gets a little more than she bargained for. And with the guidance of her eccentric best friend, the true journey begins.

It was well written for the most part, and the author was certainly brave when it came to deviating from readers expectations--which I thoroughly approve of in this case.

There were a few times when the writing felt a bit rushed and I wondered where I was or what was going on, especially in a dream sequence, but I suppose that's what dreams feel like sometimes. There were also a couple of incidents where what seems like a key event takes place only for nothing to come of it.

The book wraps up nicely at the end and seems to have been written as a stand-alone. However, the door has been left open for more to follow.

EllieWC
5つ星のうち4.0 Just who is dead?
2017年1月26日に英国でレビュー済み
Amazonで購入
A witch story with a difference. Now as we already know witches can frequently speak to the dead and dead relatives are always interfering in their lives, but this book takes it a step further.

Our heroine's ghost of her aunt is downright nasty. Of course, she could complain that our heroine may just, only may of course, have caused her to die - inadvertently. But really, your aunt trying to kill you to save you from a fate worse than death?

Except she doesn't succeed and that fate comes to pass and it affects a number of people in your life.

Your gay friend doesn't help matters along either.

A fun snarky narrator in the witch with a friend who doesn't know as much about witch craft as he likes to believe and thus gets them into a lot of trouble - a lot of the time. And the consequences? Well....

I really enjoyed this due to the tone of the writing style and the 'adventures' that befall them.

Although this book was given to me free, I did buy the 2 follow on books and look forward to the remainder of the series.

Consider the rating for all 3:

Moose Girl
5つ星のうち2.0 Couldn't finish it
2016年1月10日に英国でレビュー済み
Amazonで購入
I just could not finish this book. I hate doing that but too many things annoyed me and life is too short and full of other books waiting to be read.

My main gripe is that I was 20% through the book and we hadn't got to the point yet. It just wasn't going anywhere. I skimmed through some more of it and still nothing. We hadn't even seen a glimpse of Aunt Tillie. Alive or dead. Presumably something happens at some point but I was unwilling to sit through the rest of it to get there.

Also, I'm generally not a fan of first person narrative. It gave the book an amateur feel. Worse than that though were the constant breaks within a chapter. Seriously. Every few paragraphs there was another break. There would be three or four paragraphs and then a break. Another three or four paragraphs and then a break, and so on. Except in the occasional circumstance, if your scene isn't worth expanding to more than four paragraphs, it probably doesn't need to be there at all. It meant that the story didn't flow and we were just getting fed little snippets of story a bit at a time.

It was a good idea for a story but it wasn't well executed.
続きを読む
4人のお客様がこれが役に立ったと考えています
違反を報告
レビュー を日本語に翻訳する

VickieB
5つ星のうち5.0 Absolutely Amazing Book
2020年7月19日に英国でレビュー済み
Amazonで購入
I managed to read this in 3 days, which is quite impressive in my hecticly exhausting life. The story was so well written, I could feel my imagination running wild with each chapter. I couldn't put the book down, literally any spare time I had I would read a few pages. Including waiting to go for an x-ray wearing a hospital gown balancing on my crutches!! There have been very late nights as I've been too engrossed in the book I couldn't fall asleep. I am now looking forward to reading more in the Tillie series.
続きを読む
違反を報告
レビュー を日本語に翻訳する
すべてのレビューを参照します
トップへ戻る
Amazonについて
Amazonでビジネス
Amazonでのお支払い
ヘルプ＆ガイド
日本語ショッピングのための言語を選択します。 日本ショッピングのための国/地域を選択します。
© 1996-2020, Amazon.com, Inc. or its affiliates