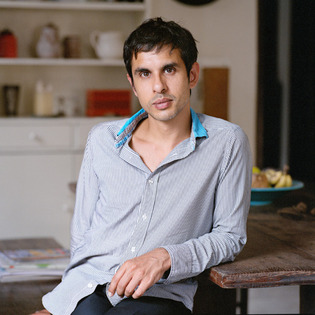 `A novel of exceptional, astonishing strangeness, Solo confirms Rana Dasgupta as the most unexpected and original Indian writer of his generation.' Salman Rushdie `This gloriously eccentric adventure through a century of Bulgarian history is so much fun to read you'll hardly realise how much you're learning...Weird, wonderful and warmly wise stuff.' Daily Mail `[The novel's] breathtaking poignancy makes it worth every moment of concentration.' Scotsman `"Solo" is a nuanced and virtuoso performance.' Scotland on Sunday `[An] exhilarating visionary feat...When I finished it I wanted to go back to the beginning and read it all over again.' Sunday Business Post `In this deliriously sad, bewitching novel, Dasgupta updates the magic realism of the subcontinent, and brings it fully formed into a new century.' Metro `With delicately judged poignancy, Rana Dasgupta captures the past's fading from the mind.' TLS

Rana Dasgupta was born in Canterbury in 1971. His first book, Tokyo Cancelled (2005), was shortlisted for the John Llewellyn Rhys Prize. He lives in Delhi.

VCBF (Val)
5つ星のうち5.0 Someone has to be first
2010年7月12日に英国でレビュー済み
Amazonで購入
This is a novel of two halves.

The first half, or First Movement "Life", is a history of the twentieth century filtered through the memories of a very old, blind, Bulgarian man called Ulrich. We hear of his parents, his childhood love of music and later chemistry, his best friend, the two women he loves, his working life and his obscurity after his early dreams of success. The story also covers the scientific and technological breakthroughs taking place at the time and the political upheavals affecting Bulgaria.
The choice of country is an interesting one, because Bulgaria seems never to have been in charge of its own destiny. At the start of the book Bulgaria has been part of the Ottoman Empire for five hundred years and is has an agricultural peasant economy. The country gains independence and looks optimistically towards European culture for progress, but the leadership becomes Fascist and repressive and Bulgaria is dragged into the second world war. After the war the country becomes a Soviet satellite, and a different set of dissidents are repressed. There is technological progress, but at the cost of widespread pollution and grim architecture. After the fall of Communism the country is in economic chaos.
The whole history is a series of blighted hopes, for both Ulrich himself and for his country.
If the novel had ended at this point it would be complete and accomplished. The writing is descriptive and informative, with moments of poignancy and humour. The intermeshing of the personal and wider histories works extremely well. It would be a good, but not a remakable novel.

Then we get part two, Second Movement "Daydreams". This is very different.
Several new character are introduced, with their own family tragedies: Boris is a musician, Khatuna is a tarty business-woman and Irakli (her brother) is a poet. These stories entwine in New York, where Ulrich's imagined self also appears. There is a shift of perception as it transpires that these are creatures of Ulrich's daydreams. Are they in some way replacements for the son he lost and the children he never had? Is it that he has nothing left at the end of his life but memories and imagination, so these form the two parts of the story?
This half of the book has some elements of magic realism and of traditional story-telling, but asks a lot of questions also. It is the second half which makes this novel extra-ordinary and ensures it will be remembered by the reader.

ARCHI
5つ星のうち4.0 Good one
2014年6月30日にインドでレビュー済み
Amazonで購入
Rana Dasgupta's first novel Solo provides the most epic, and yet most truthful answer for the reminiscent of radical political experience we went through in history with all its agonies and its ecstasies.
続きを読む
1人のお客様がこれが役に立ったと考えています
違反を報告
レビュー を日本語に翻訳する

Margaret7
5つ星のうち3.0 Depressing
2011年1月8日に英国でレビュー済み
Vine先取りプログラムメンバーのカスタマーレビュー( 詳細 )
Other reviewers will have given an outline of the book, so I won't reiterate the story. It has a very real feel to it and I think the author has done a very good job of describing both the history of Bulgaria and surrounds, and the physical changes there, along with some of the emotional and personal fallout in people's lives as a result of political and other events over the years. On that level I found it very interesting and I think he did an excellent job.
However I felt that, in some places, he was trying too hard with his 'arty' use of language and sentence structure. I found it annoying, to be honest, and it got in the way of the story. As for the second section being meant to be the dream of the main character in the first section - missed that altogether until near the end. I was confused and bemused by the jump but just waded in and followed the characters. I am, first and foremost, interested in people. Cunning and trendy plot devices are just show-boating and irritating. Makes you think about the author and not the story. And, to me, that is not the point of writing fiction...
Finally - and this is a very personal thing - as someone who gets emotionally involved in the books I read, I found it quite depressing and a struggle to get through, because really I didn't like any of the characters and so was not interested in what happened to them. Not one of them seemed to have any redeeming features: no personal insight or capacity for compassion, or learning - nothing at all. No thanks.
続きを読む
1人のお客様がこれが役に立ったと考えています
違反を報告
レビュー を日本語に翻訳する
すべてのレビューを参照します
Amazonプライム会員ならお急ぎ便、日時指定便が使い放題
さらに、映画もTV番組も見放題。200万曲が聴き放題 。クラウドに好きなだけ写真も保存可能。
> プライムを無料で試す