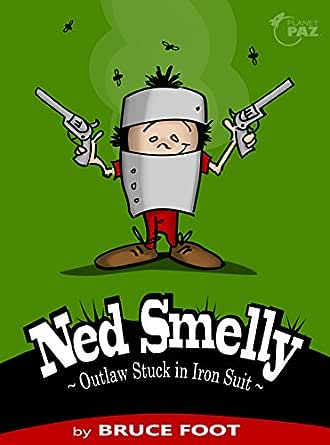 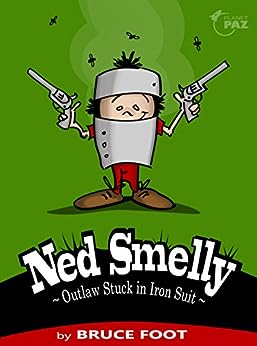 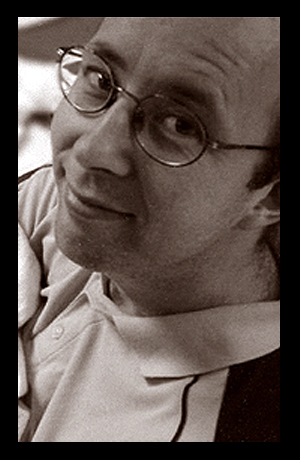 ‘In a time of tall ships and blacksmiths,
In the middle of the Australian scrub,
There once lurked a group of misfits,
Who lived by the law of the gun.’
Ned Smelly really wants to be a bushranger. So he gets Blind Patty the blacksmith to make him a suit of iron. But the armour gets stuck and Ned gets hot and stinky. Now he is famous, but for all the wrong reasons.
‘When you’re stuck in one hundred pounds of steel armour,’ says Ned, ‘it’s hard to avoid things like dumb bullocks running you over, lightning bolts and the law. And why is that dingo laughing at me?’
Delirious from heat exhaustion and his own smell, Ned stumbles from one disaster to the next. Fate places a sick old man on his path leaving Ned with a sticky decision: does he rob or does he help the old man?