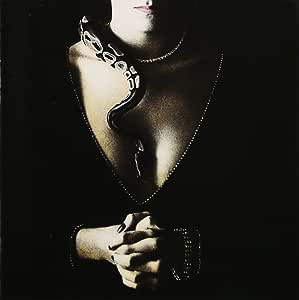 Originally dismissed as a Led Zeppelin knockoff, Whitesnake, fronted by ex-Deep Purple singer David Coverdale, clattered around their hometown of Yorkshire, England for about six years before being discovered in the U.S. Their U.S. debut (fourth album) Slide It In (1984) captured the libidinous, restless spirit of frustrated youth, and climbed to No. 40 on the Billboard album chart. Eventually, it went double platinum on the back of the stealthy, pulsing "Slow An' Easy" and the propulsive title track. Shortly before recording the album, Coverdale recruited former Thin Lizzy guitarist John Sykes, who provided the band with the flair and technical wizardry it needed to become a contender in the big-hair, pop metal sweepstakes. --Jon Wiederhorn

Mr Blackwell
5つ星のうち5.0 stunning box set
2019年9月22日に英国でレビュー済み
Amazonで購入
Superb box set celebrating what i believe to be the last classic Whitesnake album,bringing a close to the much loved 1980-1984 period.
So what have we inside this lavish,sturdy box set .. well 6 cd's and a dvd plus poster,facsimile UK tour program and a rather excellent hard back book.

Discs 1 & 2 are the original US remix and UK mix respectively and at long last the Eddie Kramer single mixes for 'Guilty of Love' / 'Gambler' are included,its the best version of 'Guilty of Love' in my humble opinion.

Strangely neither disc replicates the original track listing running order found on the original vinyl releases however both have been remastered for this release and i still think the UK mix wins.

Disc 3 is the US mix given a new 2019 remix and it sounds superb again the track running order is different from both the 2 previous cd's and original vinyls,i suspect it follows the remix 's cd track listing when it surfaced on compact disc (which appeared on the 25th anniversary release). ha ha it plays havoc when listening cos your so used to the original running orders. But as i said it sounds fantastic.

Discs 4 & 6 a collection of demos,monitor mixes outakes and unfinished ideas, worth listening to but you wont play them over and over.

Disc 5 aah the hallowed Glasgow Apollo show,having been at the 3 previous tours i missed this one and have had Radio Clyde's broadcast on cassette for 35 years. This appears to be the complete gig minus guitar and drum solos.

First thing noticeable are the guitars are a little buried in the mix,im sure the broadcast was clearer ( need to dig out that cassette),i suspect this may be a soundboard recording rather than using Clyde's version. Still its enjoyable,crowd nuts as usual but it does highlight just how much we would come to miss Micky Moody and Bernie Marsden.

Disc 7 .. a collection of videos most of which have been released previously,nice to have altogether and brings back some nice memories ( god. i was only 22 at this point ha ha).

All in all a very good box set,pricey yes but if you can afford it and its a favourite album then go for it,i can thank the kids for the birthday vouchers. I wish them well Cheers.
続きを読む
12人のお客様がこれが役に立ったと考えています
違反を報告
レビュー を日本語に翻訳する

Dave
5つ星のうち5.0 The End Of The Classics.
2020年2月20日に英国でレビュー済み
Amazonで購入
I truly believe in what Mr. Blackwell ( Sept. 2019 ) said. Unfortunately this was the end of the Classics. I can remember the oldies Love hunter, Ready and willing and my favourite Blues album Come and get it. But Slide It In was the last of the great Blue Albums and it's bloody great. And AMAZON got it here like a bullet.
Right Box Set.
As written in the box, it contains a very impressive poster that can be signed at a gig, 6 Discs and a DVD. Watching DC on a famous video streaming service he is very proud of the set.
It is so hard to explain what is on it. There is just stacks of material including Jon Lords very last gig. 35 Anniversary Remaster live in Glasgow Scotland and so on
This is a Masterpiece and any Whitesnake fan should have a copy. If you cannot afford it like myself save your pennies up. Or beg your wife for the money.
Absolutely beautiful in EVERY WAY
See you on the ther side.
続きを読む
2人のお客様がこれが役に立ったと考えています
違反を報告
レビュー を日本語に翻訳する

Corvus Corax
5つ星のうち5.0 Brill
2019年5月9日に英国でレビュー済み
Amazonで購入
What else to say if you like whitesnake then you know what your getting a great boxset with plenty snake to keep you going
続きを読む
1人のお客様がこれが役に立ったと考えています
違反を報告
レビュー を日本語に翻訳する