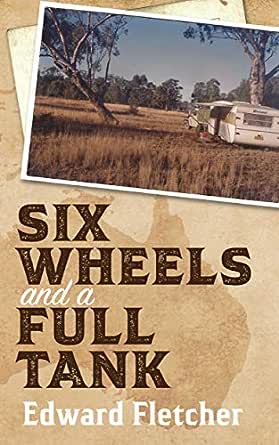 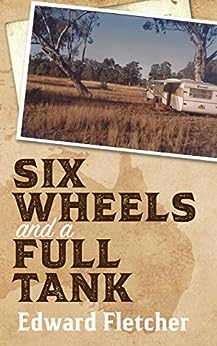 With their aged Toyota tray-back and well-travelled caravan both ready to depart, Edward was suddenly unwilling to leave their comfortable home at Mt Druitt in outer Sydney. Inundated with fears of the extended journey ahead with their house now unavailable he suffered a panic attack only an hour's travel from home!

Having delayed his departure so many times because of his uncertainties he had finally forced himself to leave ridiculously late in the afternoon. The immensity of the huge journey ahead hit him even harder when he reached nearby Katoomba. With Marie's comforting help, a strong tranquilliser and hot coffee he somehow pressed on to Hartley where they stopped for their first night.

Amazingly, after a sound sleep with Marie's comforting presence, Edward won his battle of nerves. They then both began a totally rewarding and memorable trip around Australia, meeting fellow travellers, sharing experiences and advice while also enduring the usual problems and silly mistakes many adventurers suffer on the road.

The journey in Six Wheels and a Full Tank is detailed with pleasant embellishments, including interesting facts about notable people who lived, or distinguished themselves in various localities. It also has practical hints and some pleasant interactions with fellow travellers which will satisfy readers.

It should release that travel 'bug' which exists in all our bodies. It may also tempt other would-be adventurers to 'give it a go' and discover what joy there is in travelling on the cheap and meeting so many other similar-minded adventurers.

Edward's wife Marie passed away in 2012. Her ashes are scattered on her beloved Castle Hill which Edward can easily see from his front door.

Edward Fletcher was born at Budgong NSW, near Kangaroo Valley in 1933. His mother Sylvia and sister Pamela moved to Nowra NSW when he was two years old after his father was violently killed on their rented farm by a lightning strike during a violent storm. Edward always loved composition at school and continued writing at every opportunity. He met Marie Hooker at Nowra and they married then moved to Sydney. They both enjoyed travelling around NSW (initially on a motor cycle) then purchasing an old Khombi and eventually a small caravan and a better car! Edward's joy of writing remains, he still enters competitions (at age 80-plus) and really 'hates' computers although he recognises their marvellous benefits.