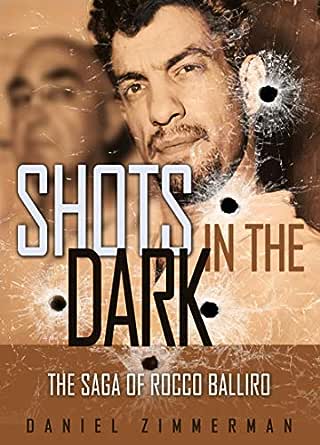 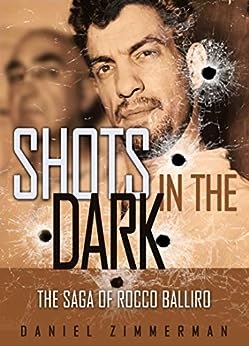 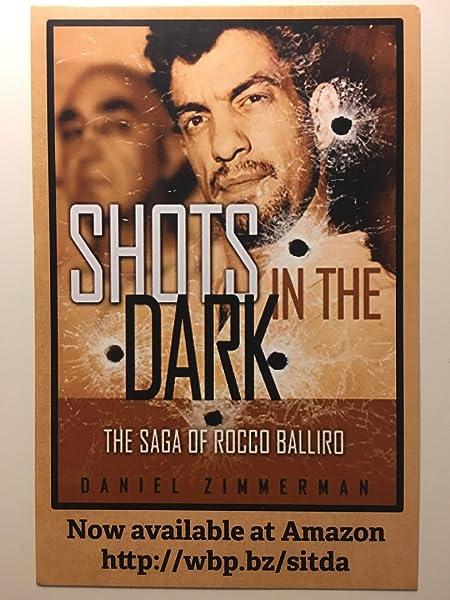 Shots in the Dark: The Saga Of Rocco Balliro (English Edition) Kindle版

Over the past eighteen years, first-time author Daniel Zimmerman has written nearly six hundred columns as a stringer for GateHouse Media, a United States publisher of daily and weekly newspapers. While only a toddler during the events in 1963, Zimmerman grew up with knowledge of the shooting: the victims, Toby and Mark Wagner, were his aunt and cousin. Years ago, he was granted exclusive access to Rocco Anthony Balliro and met with him in prison over a two-year span to hear his story and conduct in-depth interviews. Zimmerman became so close with the Balliro family that when Rocco passed away, he was asked to present a eulogy at the service. Zimmerman lives with his wife of thirty-three years on the North Shore of Boston, and has one daughter who added a pair of grandchildren to their family. --このテキストは、paperback版に関連付けられています。

Cindy Meaney
5つ星のうち5.0 Couldn't put it down!!!
2019年3月18日にアメリカ合衆国でレビュー済み
Amazonで購入
With living in Boston my whole life, I must say, I've read lots and lots of books and there's nothing worse than a book based in Boston and not even be close to accurate! Dan's Zimmerman's book was spot on with locations and descriptions!!!! I was told about the book by a co-worker so I ordered it and once it arrived I could not put it down. It only took me 2 days to read it (that's working days). The story was just before my time but my parents and older brothers lived within blocks of where the shooting happened in Roxbury. My father was a Boston Police Detective for 34 years and I only wish the book was out years ago so that I could've hounded him with questions. Dan Zimmerman didn't leave me with any questions, it just opened some more curiosity about that era. With the writing of this book your right there living with them, on the edge of your seat with every attempt at an escape or robbery. Dan Zimmerman showed that some people who live in the criminal world still have a heart and love and care. To think Rocco Balliro was convicted of a crime he didn't commit and his own heart ache over losing the love of his life was heart wrenching, when in today's world I would hope to think first, the shooting never would've taken place and and second Rocco would never have been found guilty of a crime he didn't commit!!! I highly recommend this book and have recommended it to many of my family and friends!! Well done Dan Zimmerman, I hope you have a second book ready to be published. Your right up there now with my other favorite Authors
続きを読む
違反を報告
レビュー を日本語に翻訳する

JENNIFER MARINO
5つ星のうち5.0 Truly enjoyed this true crime drama.
2018年12月7日にアメリカ合衆国でレビュー済み
Amazonで購入
Anybody who is a fan of true crime and particularly the history of Boston’s sometimes dark underside will devour this book. The saga of Rocco Balliro unfolds like a compelling Greek tragedy. Mr. Zimmerman brings the reader back to a time when men who wound up on the wrong side of the law often still held a level of honor and distinction. He takes a candid look at a distorted criminal justice system that sometimes could be more culpable than the defendants who shuffled through it. Mr. Zimmerman takes a deep dive of Rocco’s world and the final product is fascinating.
続きを読む
1人のお客様がこれが役に立ったと考えています
違反を報告
レビュー を日本語に翻訳する

Ruth Raichle
5つ星のうち5.0 Riveting
2018年10月23日にアメリカ合衆国でレビュー済み
Amazonで購入
Daniel Zimmerman captured the goodness hidden deep within the heart of Rocco Balliro. I could not put this book down. Someone once said that the greatest sinners have within themselves the making of the greatest saints...Zimmerman takes us through the human life cycle of fall, grace and redemption of a man we know as Rocco Balliro. Thank you Daniel for putting a human face on Rocco Balliro!
続きを読む
1人のお客様がこれが役に立ったと考えています
違反を報告
レビュー を日本語に翻訳する

Anthony J.
5つ星のうち5.0 unplug an buy the book
2019年4月27日にアメリカ合衆国でレビュー済み
Amazonで購入
Great story and well written. I have not actually picked up a book in years. This book had me non stop reading as much as I could! Just get it why are you still reading this?
続きを読む
違反を報告
レビュー を日本語に翻訳する

Penelope C. Spiratos
5つ星のうち5.0 Great Read!
2018年11月30日にアメリカ合衆国でレビュー済み
Amazonで購入
This was an outstanding book that was almost impossible to put down. Great real life story that involved the Boston and Providence mob; history of Boston in the 60's and 70's; the corrections system; the police; romance; humor; sadness and hope. Living in Boston and Rhode Island and being familar with many of the events mentioned in the book made it even more enjoyable. Great job Mr. Zimmerman! Looking forward to your next book.
続きを読む
違反を報告
レビュー を日本語に翻訳する
すべてのレビューを参照します
click to open popover
Amazonプライム会員ならお急ぎ便、日時指定便が使い放題
さらに、映画もTV番組も見放題。200万曲が聴き放題 。クラウドに好きなだけ写真も保存可能。
> プライムを無料で試す