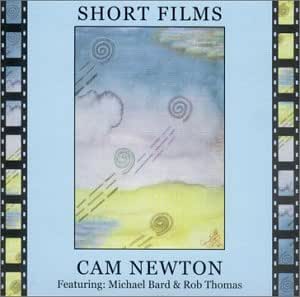 This contemporary jazz guitarist--who calls Portland, Oregon, home--offers evidence of the area's high musical standards with a lush 13-song set that, as the title suggest, conjures visual images of geographical areas and its natural beauty. Among his A-list of players are bassist and violinist Rob Thomas, who excels on "One Blue Pearl, and saxophonist Michael Bard, who once led a groundbreaking contemporary jazz band that included Steve Rodby and Paul Wertico, who later struck a claim as rhythm section for the Pat Metheny Group. Newton does have his own unique voice on acoustic, but composition-wise, on the first few electric selections, dubbed Scene I, there are some similarities to southwest-twangy music that's become Bill Frisell's stock in trade, particularly on "Details at Eleven," the ballad "Mr. Pachelbel Takes a Vacation," and the Celtic-colored "There Was a Time." On Short Films, Newton contrasts an overt classical romanticism and high energy, long melodic lines on more uptempo numbers like "Global Village," and the anthem "To Fight the Good Fight." It's no wonder that Newton is a licensed music therapist, because his is music that soothes and inspires without seeking a lowest musical denominator. --Mark Ruffin