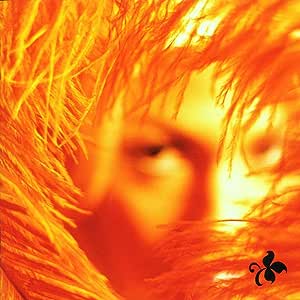 The fifth and finest album from the incomparable Stone Temple Pilots, finds the California quartet continuing to carve out their own unique musical terrain, blending diamond-hard riffs, psychedelic experimentation, punk energy, and Beatle types of melodies into their most stunningly inspired artistic realization to date. Track listing includes "Dumb Love," "Days of the Week," "Coma," plus lots more.

Shangri-La Dee Da may not be STP's most commercial outing, but the disc's 13 tracks comprise a satisfying aural journey despite its lack of quick-fix hits along the lines of "Sex Type Thing" and "Wicked Garden." From the dark, grinding rhythms and obfuscated vocals of "Dumb Love" to the lovely "Wonderful" to the buoyant power pop of "Days of the Week" to the edgy and disturbing "Coma," myriad facets of the lineup's musical temperament are explored. "Bi-Polar Bear" hints at STP's humor, though Shangri-La is by no means lightweight; singer Scott Weiland's passionate and personal lyrics--especially on a touching ode to his infant son, "A Song for Sleeping"--are affecting and apt. The fifth outing from this California crew who've survived grunge and thrived in its aftermath is masterful and mature effort from a band who've spied some light at the end of their tunnel. --Katherine Turman

Wattsenhausen
5つ星のうち3.0 Classic "Last" album
2006年1月28日に英国でレビュー済み
Amazonで購入
The opening four tracks on this record rank among the best that the Pilots ever did: Dumb Love and Coma demonstrate that grunge was not just a phase but an exciting and sustainable musical force; Days of the Week is as perfect a pop song as you could imagine, reminding me of Squeeze and XTC, with a melody so catchy it sticks with you for days; and Hollywood Bitch has a classic STP crawling riff with Scott's harsh vocal complimenting it perfectly. And then... it's uninspiring ballad time. Far too many uninspiring ballads and mellow rock songs - Wonderful is anything but! A Song for Sleeping is embarrassingly twee. By the time the album returns to form with Transmissions From A Lonely Room and Long Way Home, my interest in it as a single piece rather than a collection of songs has declined, and I just can't find the enthusiasm. After the brilliance of the first four songs, the relative blandness of the rest of the album can only disappoint. You need to listen to the latter part of the album in isolation from the opening to appreciate it. It's a classic final album, in that there's no single direction - it's as if the songs have been pulled from the various single interests of the individual members, and whereas that means that there is something for everyone here, for the STP fan, it leaves you feeling slightly empty. BUT!! It's still not a bad album, and certainly worth a punt on.
続きを読む
1人のお客様がこれが役に立ったと考えています
違反を報告
レビュー を日本語に翻訳する