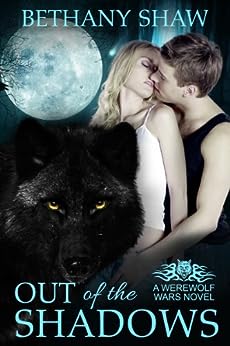 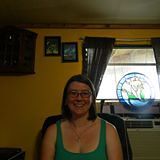 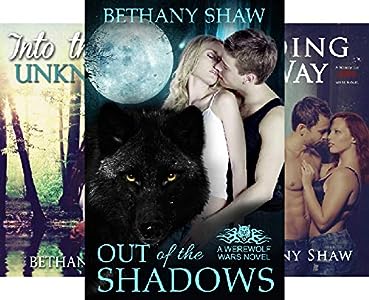 TinaT
5つ星のうち5.0 I have to stress I loved this book and I'm looking forward to the series
2015年11月4日に英国でレビュー済み
Amazonで購入
I have to stress I loved this book and I'm looking forward to the series. I can't really go into too much so I'll say that the story involves lots of characters, good and bad, this centres on Lark and Devon. Devon's main concern in to make sure he escapes his step fathers rule with his friend, brother and sister. The alpha has promised Emily, Devons sister, to another pack who are not civilised, they see women as breeders only. Devon refuses to allow his sister to be sold off as cattle. Seeking refuge with his Uncle, Rick, Devon tries to look after his family while trying to keep his distance from Lark, she's a human who has been aware of the pack since her father took her to the ranch. When her parents die Lark and her sister Sarah are taken in by Rick who looks after them as his own. Devon feels a connection to Lark which he tries to fight. Lark can't help but feel attracted to Dev, but also finds his attitude confusing. Will they be able to find a common ground?
This story is great, the plot, writing and characters are great, it's completely enthralling and had me hooked from the beginning. I'm so looking forward to the next books in this series. There is lots of angst, twists, turns, sweetness and harshness. The intimate moments are great without being over the top. This is not an over the top romance but it's enough to want more. I like how you get to know the characters and are rooting for them to succeed. I would highly recommend to any supernatural romance lovers.
続きを読む
5人のお客様がこれが役に立ったと考えています
違反を報告
レビュー を日本語に翻訳する

Sophie
5つ星のうち5.0 Just WOW
2018年5月15日に英国でレビュー済み
Amazonで購入
I absolutely loved this book. This is the book I chose to read to get myself back into my reading. I use to be a book worm but unfortunate events took that away from me. Reading this took me back into what I call my book world. My emotions was atuned to everthing that happened. Ive read some good books bjt this by far more than that. I cant wait to continure reading this series.
続きを読む
違反を報告
レビュー を日本語に翻訳する

Bethany Shaw has given us another thrilling book here. Out of the shadows is the first in the Werewolf wars series, and it is paving the road to one of the most exhilarating shifter books ever. Meet Devon, loveable, intense and hot. Take one gorgeous human, responsible and takes no s***, put them together, add more characters that are as worthy as the above two. A story full of excitement, thrills, love and heart stopping moments and you get Out of the shadows. I want so much to know what comes next that I can hardly wait for book two. I am positive that Bethany Shaw will deliver again. I was gifted this book for an honest review.
続きを読む
違反を報告
レビュー を日本語に翻訳する

Deborah
5つ星のうち4.0 Werewolf romance
2014年10月19日に英国でレビュー済み
Amazonで購入
This book has been sitting on my kindle for a couple of months now and had it not been for the prequel novella 'Forbidden Hope' I most likely would never have actually got round to reading it. This book picks up where 'Forbidden' closed, well to be exact there's a slight overlap but it starts with Devon, Emily and Vincent arriving at Uncle Ricks seeking sanctuary.
I like the whole idea behind this series and I'm looking forward to future books but I have to say the whole Devon and Lark hot, cold, on, off, hot, cold, on etc, etc, etc got on my nerves a bit, for me it was overdone. Apart from this its a good interesting read and everything is in place for this to be a really good series.
続きを読む
1人のお客様がこれが役に立ったと考えています
違反を報告
レビュー を日本語に翻訳する

DD
5つ星のうち5.0 great start to good series
2016年1月9日に英国でレビュー済み
Amazonで購入
loved this book, good characters - not too many to get confused, but enough to know there are more stories to come. one or two bits I questioned - travelling times etc, but on the whole very believable. good story line, lovely leading characters. roll on the next ones in the series.