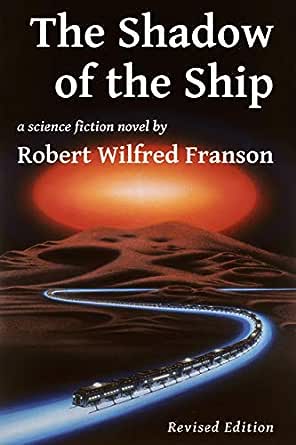 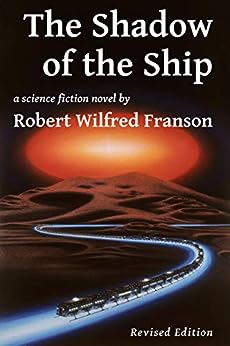 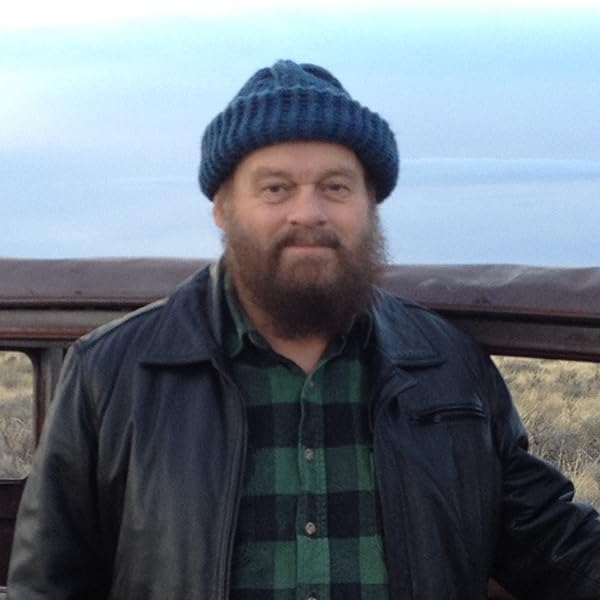 The Shadow of the Ship (English Edition) Kindle版

I really love the story, which is refreshingly different from the usual 'hop in tin can and fly to the stars' Standard sci-fi.

Sadly i could never find anything else published by this author, seems like he dropped off the earth right after the caravan left the ship to return home...

This is, in my estimation, a very good book...

rk future unwritten
5つ星のうち5.0 Even better than the first version
2020年1月26日にアメリカ合衆国でレビュー済み
Amazonで購入
I read The Shadow of the Ship in 1983, when it was first released in paperback. At the time, I thought that it was one of the most original books that I'd ever read. I've remembered it ever since, and spent the 1980s and 1990s trying to learn anything at all about the author, Robert Wilfred Franson. Had he written anything else? Was this his real name, or was it a pseudonym? Would a sequel be released?
Time passed, and passed, and passed.... Eventually we entered the era of the internet, and I searched unsuccessfully for the author, new books, or any information at all. Every year or two I would repeat the ritual, learning nothing.
Finally, I concluded that this was either his only novel, or that it was written under a pseudonym that would never be used again. At some point I just assumed that Franson had passed away.
When I ran another internet search for Robert Franson a few weeks ago, I was shocked to learn not only that he's still alive, but that he had reissued a revised version of The Shadow of the Ship, as well as a prequel! I read the new book, Sphinx Daybreak, first, and then read the new version of The Shadow of the Ship. The storyline is mostly the same, but the added background for Rheinallt and Arahant from Sphinx Daybreak is very much appreciated. The ending is different than in the first version, though ultimately not so different as to really alter the smooth flow of the plot.
Reading this again brings back the wonder of trying to understand the strange world of the Meadow and the trails. It's unlike any other universe that any other science fiction author has created. It's not hard science fiction in the sense that it isn't about technology and advanced science - it's about different science and different physics.
What a treat after all these decades to have this back!
続きを読む
2人のお客様がこれが役に立ったと考えています
役に立った
フィードバックを送信中...
フィードバックをお寄せいただきありがとうございます。
申し訳ありませんが、お客様の投票の記録に失敗しました。もう一度試してください。
違反を報告
レビュー を日本語に翻訳する

carol
5つ星のうち5.0 A Rich Experience
2015年2月20日にアメリカ合衆国でレビュー済み
Amazonで購入
This is a story of a man and his companion trying to find a way home.

I read the first version of this novel when it came out in paperback from Del Rey back in the 80s. I thought it was an interesting story, filled with beautiful and enigmatic scenes. However, the links between them were weak. The story needed more development.

Now _Shadow of the Ship_ has reappeared in a new and thoroughly robust edition. The characters are now three-dimensional and the themes that tie the novel together are made explicit. More is revealed, in short.

If you read the first edition, you’ll be pleasantly surprised. If you haven’t read it before, you’ll thoroughly enjoy it. I am very happy to learn that this is part of a projected series of novels. I hope those begin coming out soon, for I want to learn more about Rheinallt and his world.
続きを読む
2人のお客様がこれが役に立ったと考えています
役に立った
フィードバックを送信中...
フィードバックをお寄せいただきありがとうございます。
申し訳ありませんが、お客様の投票の記録に失敗しました。もう一度試してください。
違反を報告
レビュー を日本語に翻訳する

Dean M. Sandin
5つ星のうち5.0 A Visionary Quest
2015年2月22日にアメリカ合衆国でレビュー済み
Amazonで購入
Up front: I have known the author for many decades, as the acknowledgments page will confirm. Assign stars to his story as you will, and so shall I. We all form such judgments as much from the context we bring to a story as from its contents. And so I have formed mine.

As to The Shadow of the Ship. Since the dawn of literature, a strong thread running through it has been the quest story--often the quest of a unique and strong protagonist (and, as here, a unique and appealing sidekick), sometimes through a strange land, always facing problems to be solved, all in the name of gaining a powerful reward. In imaginative enough literature, you can even get a vision of the universe and human existence, with implications for natural dangers, for human dangers, for scientific possibility, and for the nature of the reward to be had.

And...the land and problems and rewards may not be merely compelling, but may fall into a new category. For the land here isn't exactly land; it's a different kind of physical setting and place, meaning among other things a new form of exploration fraught with mystery and touching on any number of worlds and their populations. Populations whose conflicts may spill out to challenge the quest. Populations any one of which may sway the quest with novel discoveries as inexplicable as this new setting itself, and may bring novel powers as dramatic as the protagonist's own.

As in Robert Wilfred Franson's The Shadow of the Ship.

Lest the would-be reader worry that all-newness and all-strangeness must mean little human familiarity in character, values, and purpose: don't worry. The author grounds things from the start. He plunges us into a caravan adapted to crossing this deadly non-land like a wagon train; he takes us in search of the quest-object, a possibly apocryphal, possibly chimerical--or possibly real--massive, abandoned or wrecked, red-glowing ghost-ship resting in some far reach of this universe's non-land; and we enter into friendships, loves, hates, personal transformations, and ideological conflicts, all recognizable in any era. The strangeness flows regular, but so do the perfectly human aspirations and human plotting to achieve them. Human longings, human determination virtuous and vile. Fallibility, foolishness. Cool competence. Heroism.

Finally: the strangeness of this unique universe is wider than the storyteller has sought to pack into one novel. Even with all that hits you, you are more teased than saturated. Next up, it is hinted, a new and radically strange sort of desert. As effective entertainers always know, always leave them wanting more.
続きを読む
2人のお客様がこれが役に立ったと考えています
役に立った
フィードバックを送信中...
フィードバックをお寄せいただきありがとうございます。
申し訳ありませんが、お客様の投票の記録に失敗しました。もう一度試してください。
違反を報告
レビュー を日本語に翻訳する

With flashbacks to previous adventures, and a cliffhanger of an ending, it sets the stage for a series of books. Let's just hope that the author is able to present more episodes more quickly than the time between the first and revised editions.
続きを読む
1人のお客様がこれが役に立ったと考えています
役に立った
フィードバックを送信中...
フィードバックをお寄せいただきありがとうございます。
申し訳ありませんが、お客様の投票の記録に失敗しました。もう一度試してください。
違反を報告
レビュー を日本語に翻訳する
すべてのレビューを参照します
click to open popover
Amazonプライム会員ならお急ぎ便、日時指定便が使い放題
さらに、映画もTV番組も見放題。200万曲が聴き放題 。クラウドに好きなだけ写真も保存可能。
> プライムを無料で試す