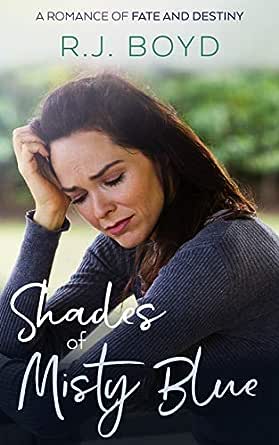 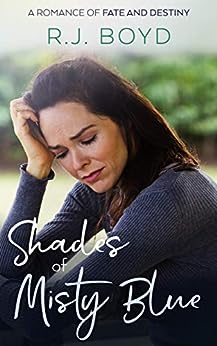 Shades of Misty Blue: A Romance of Fate and Destiny (English Edition) Kindle版

Kristy’s cat, Misty Blue, is dying. The kitten had originally been Jeremy’s gift to her as an emotional compensation for her miscarriage. He had said that when she was ready, they could try again. She had waited too long. Jeremy had fallen sick, and then Jeremy had died. That was two years ago and she still missed him terribly.

Misty Blue was his only living legacy, and now she was being forced to have the animal put down. After this, she vowed that she would never have another animal in her life, and that she would never cry again. In an attempt to take her mind off things, she had been coerced by her two friends to go to the local club to see a hypnotist show.

She was supposed to be an observer only, not turn out to be one of the hypnotic subjects. She embarrassed herself when she repeatedly sat on a handsome stranger's lap, to kiss and cuddle him. She is a rural journalist, and the experience and the subsequent events of that encounter, were to rekindle emotions within her, which had so long ago been suppressed.

The handsome stranger, Blake James, is an inspector for the auspicious APACO, the Animal Protection against Cruelty Organisation. He has been tasked with the responsibility of investigating a large battery hen laying operation on the outskirts of the city, to document any evidence of animal cruelty or neglect, and to prosecute if necessary. It is an action which would see the poultry farm locked down in quarantine, with an eradication program to contain a nasty outbreak of disease.

His actions would ruffle a lot of feathers, but that one eventful evening at the hypnotist’s show and meeting the rural journalist, would shape his destiny. Their paths would cross again.