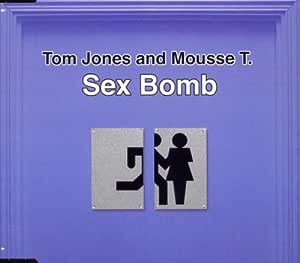 Carol Donnelly
5つ星のうち1.0 Sex Bomb
2011年8月27日 - (Amazon.com)
形式: CDAmazonで購入
I LOVE Tom Jones but was very disappointed in this CD.
It was just one song repeated several times on the disk.

One World
5つ星のうち5.0 Oh! This is so much fun! (Track listing below)
2006年5月7日 - (Amazon.com)
形式: CD
I have an old beat up copy of this single and I gave it a listen in order to test it for skipping or other problems. What I got was a funky, Retro-ey, Disco-ey, dancey and soulful-ey extravaganza! You get five versions here:

3- Peppermint Disco Mix - Both of these versions are very retro (hence the "Disco" modifier in the mix title) reminiscent of Chic's sound. Let the good times roll!

4- Strike Boys Mix - More of a Funky R&B flavor with an acappella intro.

5- Sounds Of Life Half Vocal Mix - This is a Dub mix with some vocals, still a fun listen.