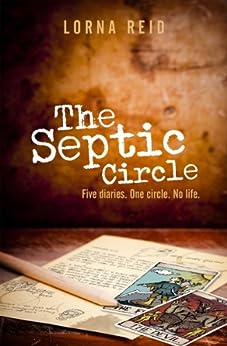 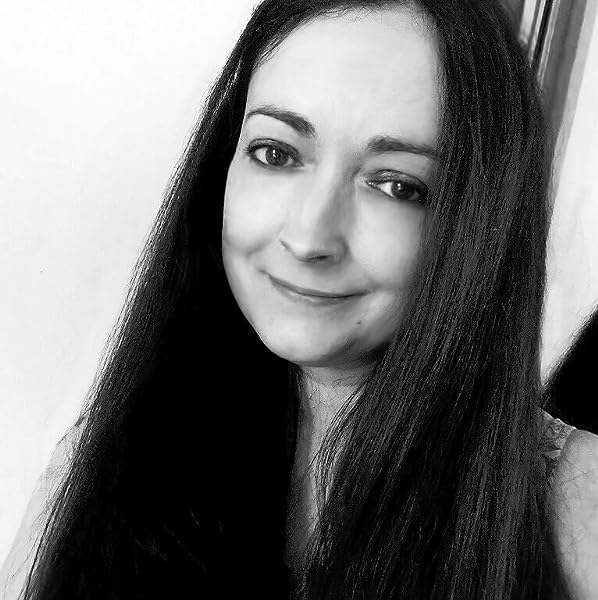 Can Jay Taylor’s life get any worse? When he accidentally signs up for Cravenly’s only psychic circle, the sarcastic sceptic is in for a shock. After all, how many (allegedly) haunted toasters, possessed worry dolls, disastrous ghost hunting TV shows, and ego-ridden celebrity psychics can one man cope with?

Jay’s patience may already be stretched to breaking point, but the ego ridden, so-called psychic star Fenwick Arcana could just push him over the edge. And he hasn't even had his morning dose of Frosties.

Having taken the nervous wreck who started the whole circle mess, Freddy, under his wing, and with gossip-monger Lysander and irrepressible believer, Marnie, to cope with, the circle’s most reluctant member is about to have his sanity severely tested.

"A hilarious tale of friendship, betrayal and psychic hijinks"

"Witty/quirky British humour at its finest."

jfmdac
5つ星のうち5.0 Just brilliant.
2020年2月27日に英国でレビュー済み
Amazonで購入
This took me back a good few years, to when I briefly indulged in psychic matters, (well, for 2-3 years actually), though I was always a bit sceptical, especially as a friend and I exposed one or two blatantly fake mediums along the way. I also met my wife during this period, and we're still together, so some good came out of it. The book is very funny indeed, and could only be found wanting by those people involved in new age stuff who take both it and themselves too seriously.
続きを読む
違反を報告する
レビュー を日本語に翻訳する

AnnieQ
5つ星のうち5.0 Best laugh ever....you'll never look at psychics again without chuckling!
2018年9月2日に英国でレビュー済み
Amazonで購入
This is one of the funniest, well-constructed books I have read in a long time. I would go as far as to say it is worthy of sitting up on the shelf alongside the great Terry Pratchett. The characters are blended well together and Lorna has the knack of helping the reader visualise their characteristics, hear their voices and picture their antics through her mastery of words, imagery and incredible down-to-earth humour.
続きを読む
違反を報告する
レビュー を日本語に翻訳する

Keegan S.
5つ星のうち5.0 Hilarious, heartwarming and bittersweet
2014年4月24日に英国でレビュー済み
Amazonで購入
The misadventures of Cravenly's Psychic Circle are the icing on the cake. The cake itself is the relationships between the five point of view characters, each dysfunctional in their own way and each relying on the other members of the circle to quell a little of their own loneliness.

Much like Jay, I wasn't sure why I kept coming back at first, but by the time I got to the glorious conclusion, I was genuinely upset that the book was over and I would no longer be privy to the thoughts and experiences of 4 wonderfully fleshed out and genuinely likable characters (and Fenwick).

Don't be put off by the diary format, this is a tale that will put you through a whole spectrum of emotions and let you fall in love with a group of people who may or may not believe they have psychic powers. It's well worth a read.

Rich
5つ星のうち5.0 A tremendous read.
2014年1月30日に英国でレビュー済み
Amazonで購入
The Septic Circle is such a great book. At first the format seemed a little odd as it's a story being told by five people using diary extracts but the characters are all so well-defined that before long you don't even need to see the sub-headings telling you who is writing. The strong cast of characters and the relentless peppering of jokes gives the book the same feel as a really good UK sitcom and never stops entertaining.

Ste
5つ星のうち5.0 Great read, fun story and interesting format.
2014年2月1日に英国でレビュー済み
Amazonで購入
I really enjoyed this book. Like one of the other reviewers I wasn't sure about the 5 diaries format at first but I soon got into the flow of it and got to the point where I could even recognise the characters just from their own individual writing styles. The story is fun and packed full of little jokes and references, and I loved how the author got each diary to come together to fill in all the details of any particular event in the story and giving the book that just one more entry vibe to it.