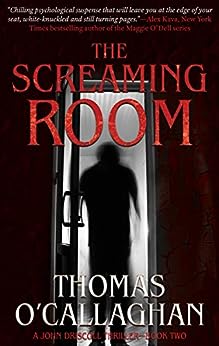 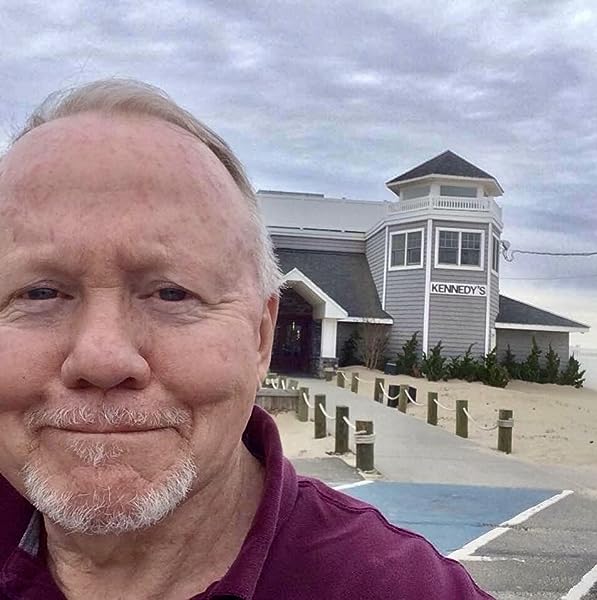 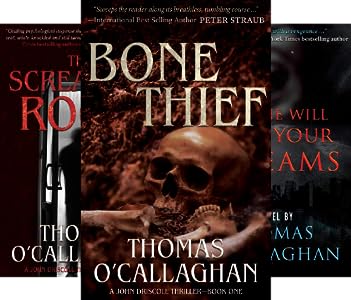 Kindle Customer
5つ星のうち4.0 Anxiously awaiting the next O'Callaghan book
2008年2月25日にアメリカ合衆国でレビュー済み
Amazonで購入
I read 'THE BONE THIEF' and rated it 4 stars. 'THE SCREAMING ROOM' I am also rating 4 stars. Driscoll, Margaret and Tomlinson are all back from the first book and I believe in this one they are given a little more depth and a bit more believability. Much like the first novel, 'THE SCREAMING ROOM' is an easy read, although I am still waiting for the return on Andrea Gerhard, the assistant district attorney of 'THE BONE THIEF'. Is this shameless lobbying? Oh well! The action is pretty constant and the police work interesting. There isn't much mystery in this one and the killers are revealed immediately in the book. I think the only thing that prevents me from giving either of these books five stars is the sheer perfection of character in the main character. Driscoll is just too good to be true. Not that I want him to be corrupt or anything, but the man is almost qualifying for sainthood. The bottom line is I enjoyed this one and am looking forward to the release of 'NO ONE WILL HEAR YOU.'
続きを読む
1人のお客様がこれが役に立ったと考えています
違反を報告
レビュー を日本語に翻訳する

TMStyles
5つ星のうち4.0 A Good Captivating Read
2008年2月19日にアメリカ合衆国でレビュー済み
Amazonで購入
I found "The Screaming Room" to be a well written tautly plotted thriller that would have earned 5 stars from me except for a weak, somewhat contrived ending...not that it was bad, in and of itself. The characters are well defined and the chemistry between and among them is clearly plausible. The plot itself has some unique takes on the serial killer genre and the pacing is designed to build suspense and terror as it leads to the inevitable showdown at its climax.

Lieutenant John Driscoll, NYPD homicide division commander, has just buried his wife after caring for her over the past six years while she was comatose following a collision with a drunk driver that also killed their daughter. He has already discovered emotions for Sergeant Margaret Aligante which forms a sub current to the book's plotting. Detective Cedric Tomlinson, a friend and confidante to Driscoll, can be seen growing as a professional as the storyline develops.

Mayor Reirdon leans heavily on Driscoll to lead the charge in identifying and capturing the perpetrator(s) of a series of gruesome murders of tourists in New York City. Each body is savagely killed, scalped, and posed in oddly meaningful ways at public tourist attraction such as the Coney Island Wonder Wheel, American Museum of Natural History, etc. Perplexing to the detectives is how the victims are lured to the spot of the killing and why they are subsequently killed---obviously, they know their killer.

There is little doubt of who the killers are as they are identified almost immediately to the reader as Angus and Cassie, teenagers who seek less than stellar victims to heap some sort of vengeance for the sexual, physical, and emotional abuse they suffered as children. The reader will be enlightened as to how it is possible for identical twins to be born of different genders and how something called Turner's Syndrome affects their lives. There is some emotional confusion for some characters over how responsible the twins are for their behavior--but that very behavior itself rules out any real sympathy for them.

Knowing the identities of the killers early on only makes the cat and mouse pursuit more chess like, especially after a "wild card" enters the picture. Malcolm Shewster is a multi millionaire pharmaceutical mogul who is the father of one of the victims. He appears upon the scene making demands and threats if his daughter's killer is not found. He complicates the investigation by offering 3 million dollars for information and conducting his own investigation--hoping to find the killers before John Driscoll. What are his real motives?

This was a five star read for me until the last 70-80 pages when it seemed the author whimsically decided it was time to end the story. The bringing together of all the disparate characters and protagonist appeared contrived in an uncomfortable manner to me as was, once again, the kidnapping and/or endangering of a protagonist's loved one whose sole existence it seems is to serve as bait. Be this as it may, the climax is still suspenseful and pays off satisfactorily.

One question: How do 2 out of 5 previous reviewers of this novel misidentify John Driscoll as Dave Driscoll in their reviews? Curious.
続きを読む
6人のお客様がこれが役に立ったと考えています
違反を報告
レビュー を日本語に翻訳する

stuckinthemiddle
5つ星のうち5.0 Entertaining Suspense/Mystery
2012年6月22日にアメリカ合衆国でレビュー済み
Amazonで購入
Some reviewers emphasize the gruesome types of murders but (while they are that) there are few details in the book. There are no gratuitous details just for the sake of gore. The killings are for the most part described "after the fact" by the police who find the bodies. It is all rather tastefully done given the subject matter. This book is more a police procedural novel and it does that well. Two killers are on a spree, desiring not only to kill but to humiliate those they kill, i.e., the body in the rear end of the dinosaur. They have their reasons which will become clear as the book goes on. Good beach book.
続きを読む
2人のお客様がこれが役に立ったと考えています
違反を報告
レビュー を日本語に翻訳する