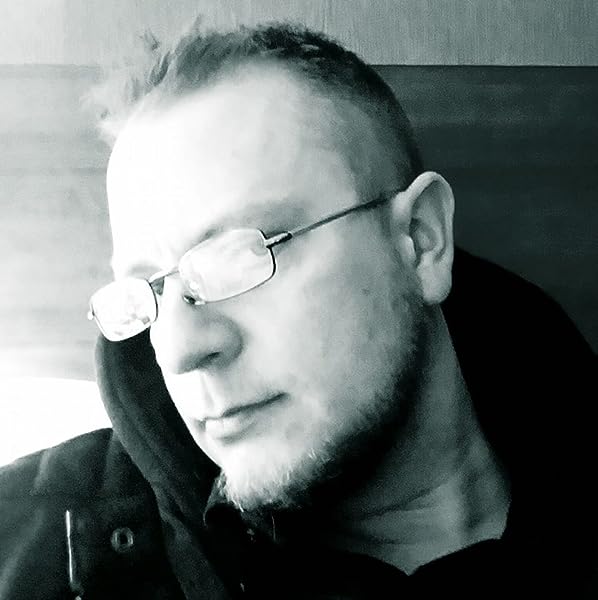 The sick imagination of nonlinear horror novelist Michael Bailey brings you thirteen dark poems and thirteen tales of the macabre that will make you think twice before turning your room dark for the night. A young woman chews her fingernails raw, unable to stop; a television set dangles from an apartment complex window; a large chest is found containing only a banded bouquet of wilted flowers; a stitched up bear named Thatch bleeds at the neck, his stuffing torn out; a man wakes up duct-taped to a mammoth wooden chair.Between writing the novels Palindrome Hannah and Phoenix Rose, Michael Bailey penned and published a number of short fiction and poetry pieces, some of which can be found in literary magazines and anthologies around the world. A few of these fallen dragon scales and flower petals, as he likes to call them, are reprinted here, while others are seeing print for the first time, hand selected and arranged by the author. Once you crack the spine, there's no going back.

Michael Bailey is the multi-award-winning author of PALINDROME HANNAH, PHOENIX ROSE and PSYCHOTROPIC DRAGON (novels), SCALES AND PETALS and INKBLOTS AND BLOOD SPOTS (short story / poetry collections), and editor of PELLUCID LUNACY and the CHIRAL MAD anthologies. His books have been recognized by the International Book Awards, National Best Book Awards, Independent Publisher Book Awards, the USA News "Best Book" Awards, the London Book Festival, ForeWord Reviews' Book of the Year, This is Horror Anthology of the Year, the Indie Book Awards, and the Eric Hoffer Award. His short fiction and poetry can be found in anthologies and magazines around the world, including the US, UK, Australia, Sweden and South Africa.

CJ Stark
5つ星のうち2.0 Some potential shown, but falls flat more often than not.
2018年10月20日に英国でレビュー済み
Amazonで購入
A real mixed bag. The poems didn’t do anything for me. I often felt a little underwhelmed with the short story endings. I took issue with how one story treats the reader like we are stupid. In the afterword I felt the author tries to use mental health illnesses as a way of presenting himself as a deep, emotionally misunderstood individual and I really don’t like that. I really don’t like it when mental health conditions are trivialised and used in a casual way to boost an ego. But still, some stories were enjoyable, one in particular is excellent.

Overall, I enjoyed some of the stories, but as a collection, it didn’t really work for me. I found myself skimming over a few of the longer stories because they quickly lost their way. There is no connecting theme through the collection other than they are various degrees of horror stories. There is potential shown here and the author does demonstrate that he is capable of writing an engaging horror story. It’s unfortunate that the stories I didn’t enjoy outweighed those that I did.

Anyway, I’m off to paint my nails so I don’t bite them. Until next time, Peace and Love!