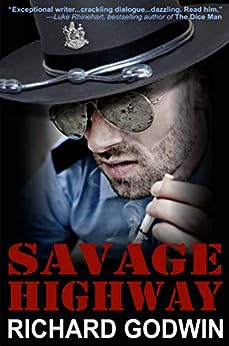 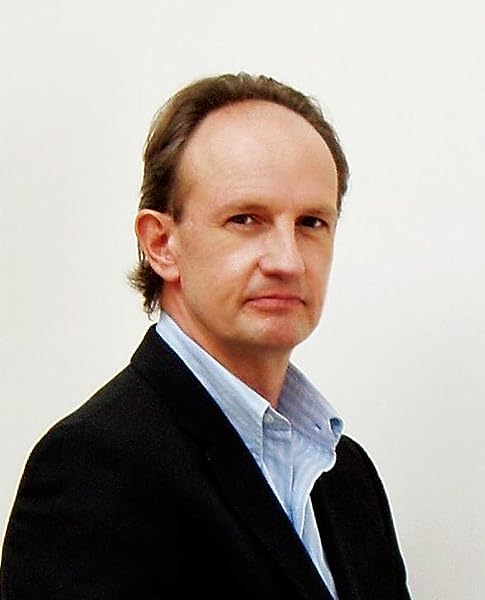 "The road novel from hell, a scarifying, terrifying tour of a nether world that Godwin convinces us is right beneath our feet, a surrealist inferno that makes Dante's version look like a Rotary breakfast. By no means for the fainthearted, SAVAGE HIGHWAY has one lesson for any readers who plan a visit to the American Southwest: take the train."-Castle Freeman Jr., author of THE DEVIL IN THE VALLEY "I find Richard Godwin to be an exceptional writer with an extraordinarily fine mind. He conducted over two weeks the single best interview I've ever been involved with. His novels are always good with crackling dialogue. His latest, Wrong Crowd, is dazzling. Read him."-Luke Rhinehart, author of bestselling The Dice Man (The novel that inspired Sir Richard Branson to found the Virgin Empire.) "Richard Godwin's Savage Highway is one of those irresistible hard-boiled reads that's reminiscent of old school black and white noir. From the very start you know this is going to be one hell of a car wreck, yet you can't resist going along for the ride and loving every minute of it. A riveting story, this is classic Godwin." -Vincent Zandri, New York Times andUSA Today Bestselling Author of Orchard Grove and When Shadows Come --このテキストは、kindle_edition版に関連付けられています。

Richard Godwin is the author of critically acclaimed novels Apostle Rising, Mr. Glamour, One Lost Summer, Noir City, Meaningful Conversations and Confessions Of A Hit Man. One Lost Summer, published June 2013, is a Noir story of fractured identity and ruined nostalgia. It is a psychological portrait of a man who blackmails his beautiful next door neighbour into playing a deadly game of identity. He is also a published poet and a produced playwright. His stories have been published in over 29 anthologies, among them his anthology of stories, Piquant: Tales Of The Mustard Man. He has also been published in The Mammoth Book Of Best British Crime. Apostle Rising is a dark work of fiction exploring the blurred line between law and lawlessness and the motivations that lead men to kill. It digs into the scarred soul of a cop in the hunt for a killer who has stepped straight from a nightmare into the waking world. Mr. Glamour is about a world of wealthy, beautiful people who can buy anything, except safety from the killer in their midst. It is about two scarred cops who are driven to acts of darkness by the investigation. As DCI Jackson Flare and DI Mandy Steele try to catch the killer they find themselves up against a wall of secrecy. And the killer is watching everyone. Richard Godwin was born in London and obtained a BA and MA in English and American Literature from King's College London, where he also lectured. You can find out more about him at his website www.richardgodwin.net, where you can also read his Chin Wags At The Slaughterhouse, his highly popular and unusual interviews with other authors. --このテキストは、kindle_edition版に関連付けられています。

Jack D Mclean
5つ星のうち5.0 Noir crime novel that beats horror at its own game
2017年3月10日に英国でレビュー済み
Amazonで購入
Richard Godwin has written an article in which he says that noir crime fiction and horror are very closely related; he argues that noir can be more horrific than horror itself, because it’s based on believable events.
This book proves his case and then some.
I personally found it very difficult to read – I don’t mean to suggest that it isn’t entertaining – it is. It creates a new genre: the “you feel you can’t go on, but you must” genre.
Yes, it’s a page-turner, albeit one that sometimes makes you wish it wasn’t.
Here’s a brief assessment which may help you decide whether to buy this book if you’re thinking about it:
(1) Richard Godwin is a good wordsmith, there’s no question of that. His writing style is pruned down to the point of being stark. There are no unnecessary flourishes.
(2) He’s very good at creating characters with a few words about hair and clothes, or whatever details he seizes on;
(3) His plotting is tight and (as you’d expect) contains a few surprises. One twist had me turning back to the opening chapter to check how I’d missed seeing it coming. (Hope that isn’t a plot spoiler!);
(4) Some horror authors use humour to give the reader some respite from the grim fare on offer. Richard Godwin doesn’t; he dishes it up just as it comes, which is no bad thing, but it does mean you have to be prepared to deal with it;
(5) It’s a thriller that will keep you interested right till the final sentence;
(6) Finally, don’t buy this book if you have a weak stomach.
Hope that helps.

This author has a unique way of writing. When you start the book its like you just walked into a room in the middle of a conversation... Or turned on a movie that started 10 minutes ago.

No fore play sorta speak, no huge description of the sene or characters really.

Then as you go along all the pieces start filling in and making sense about whats really happening. Plus you start getting a feel for a environment and the characters.

By that time your hooked!

This author also has a very vivid (or I hope it is) imagination. He'll put you right into the sene and leave imagines in your mind that you'd rather not stay... A few times I wondered if the law should be watching him, lolol.

If you have a problem with violence against another human being, do not read!

But for those of you with a strong stomach, heart, like evil that only men can do and serial killer plots... This book is well worth reading!
続きを読む
2人のお客様がこれが役に立ったと考えています
違反を報告
レビュー を日本語に翻訳する

S. Priester
5つ星のうち4.0 I may never go to Arizona after reading this book
2016年1月22日にアメリカ合衆国でレビュー済み
Amazonで購入
Like a hellish Brigadoon....
a few corrupt, connected and nightmarish small towns in Arizona are able to open and close their access to the outside world.
Travelers are allowed, enticed, or abducted in....and then the entry closes behind them and the towns "disappear".
Those who are in the towns fall into 2 categories....killers and victims.
But calling the first group killers is much too flattering.
The methods they use to achieve their goal puts them into a whole new level,
best described as the stuff of nightmares.

This book is brutal and disturbing, the genre is unique, I would call it a horror thriller.
The sexual sadism repelled me as a reader, but at the same time I felt compelled to read on
to see what happened next and who would survive.
It is unclear for much of the book who is good who is bad. Spoiler alert.....if you're betting, odds favor the bad.
続きを読む
1人のお客様がこれが役に立ったと考えています
違反を報告
レビュー を日本語に翻訳する

C. BRAZIL
5つ星のうち5.0 Gripping!
2016年2月17日にアメリカ合衆国でレビュー済み
Amazonで購入
I am glad this is not a true story! This book had me hooked from the first paragraph. There are many graphic "scenes" that keep you in its grip if you love this genre...which I do. It's like watching a horror movie as the female protagonist puts herself in danger over and over. Eventually, the reader does understand as it all comes together.

Wonderfully written as it keeps the reader not wanting to put it down. I recommend this book to anyone who loves thriller and horror genres. Many scenes are extremely graphic, so beware.
続きを読む
1人のお客様がこれが役に立ったと考えています
違反を報告
レビュー を日本語に翻訳する

2012
5つ星のうち5.0 Thrilling!
2016年1月26日にアメリカ合衆国でレビュー済み
Amazonで購入
I was surprised at how fast this novel took off for me as I usually read True Crime and not fiction these days. It was a page-turner from the very first. Well-written and disturbing. Definitely a good one for those who like thrillers, and even the horror genre. It was my first time reading anything by Mr. Godwin, but it won't be my last.
続きを読む
2人のお客様がこれが役に立ったと考えています
違反を報告
レビュー を日本語に翻訳する
すべてのレビューを参照します
トップへ戻る
Amazonについて
Amazonでビジネス
Amazonでのお支払い
ヘルプ＆ガイド
日本語ショッピングのための言語を選択します。 日本ショッピングのための国/地域を選択します。
© 1996-2020, Amazon.com, Inc. or its affiliates