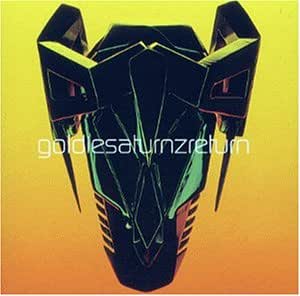 6. Chico - Death Of A Rockstar

Mother - A beautiful flowing motion of music expressing emotion and sorrow for his mother, beautiful.

Truth - A really lovely track with nice vocals but half way through there is a long pause then just odd wailing, love the first half but the second half not so good :(

I'll be there for you - A fairly decent tune with a really interesting sample at 1:57

Chico - Death of a Rock star - An interesting song, if you're wearing headphones this can really blow your mind when the audio changes from the left channel to the right.

Letter of Fate - Super lovely vocals and ambient noises from this tune! Love it!

Fury - The origin - A not bad tune but not the greatest okay but the're a really cool sample that's sort of electric but not, really cool!

This is a stunning album which is almost on par with Timeless (that's saying a lot!) For £2 you can't go wrong.

John David Charles Hilton
5つ星のうち5.0 An album of two halves... both great....
2005年8月17日に英国でレビュー済み
Amazonで購入
Look at the reviews and you can see that this epic album (it spans roughly two and a half hours) split his fans into those that loved it, and those who thought he had lost his marbles.
All of the 'problems' are focused on the first CD. There is even confusion as to how many songs are on there. There is three. First comes the epic (one hour to be precise) track Mother. It is not for the easy listener or the faint hearted. I love it. I find it ambitious, varied and immaculately put together. It seems, to me, to be just the right length. But it isn't everybody's cup of tea. Truth is much shorter and more accessible. Then there is the 'hidden' third track, a strange instrumental, once again, not for everybody.
The second CD is a different matter altogether. Ten tracks, it furrows much more familiar territory, though still with plenty of variety and quality.
If you want to hear Goldie really stretching what he does and exploring new waters, then you might like the first CD.
If you're a fan of his previous releases, it is fairly likely that you will like the second.
One obvious question for the faint hearted, therefore, is; is this album worth buying just for the second CD?
I would say yes. Taken seperately, it is a great Goldie album.
And you never know, the first CD just might click with you someday.
続きを読む
12人のお客様がこれが役に立ったと考えています
役に立った
フィードバックを送信中...
フィードバックをお寄せいただきありがとうございます。
申し訳ありませんが、お客様の投票の記録に失敗しました。もう一度試してください。
違反を報告
レビュー を日本語に翻訳する

Jilli Roberts
5つ星のうち5.0 Bowie's doorway to other music
2018年8月24日にオーストラリアでレビュー済み
Amazonで購入
I bought this album as Bowie guested on it. As a Bowie collector, I've moved into his guest spots on recordings of others. And so I discovered Goldie. I've now gone on to listen to more Goldie. Without Bowie I would never've ventured into this type of music. Always an adventure.
続きを読む
役に立った
フィードバックを送信中...
フィードバックをお寄せいただきありがとうございます。
申し訳ありませんが、お客様の投票の記録に失敗しました。もう一度試してください。
違反を報告
レビュー を日本語に翻訳する
その他の国際レビューを読み込む