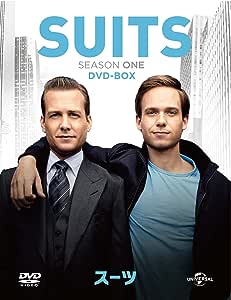 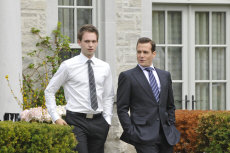 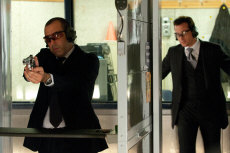 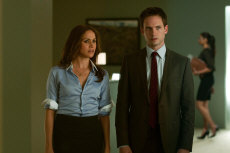 richyt
5つ星のうち5.0 A most unusual concept, but it works!
2013年3月28日に英国でレビュー済み
Amazonで購入
I bought this as soon as it was available, having seen most of the episodes on Dave TV. A slick drama/comedy based in a high-end law firm in New York City, it features the usual 'smart' characters one would expect of this genre. However, there's a twist; one of the lawyers didn't actually go to law school or even qualify in law. The one thing Mike has is a perfect photographic memory; once he reads something, however complicated, he remembers it completely. Thus he starts the series as a bit of a slacker, until he meets Harvey Specter, the extremely slick real lawyer and manages to get confused with the other young lawyers being interviewed for a job. Harvey sees a bit of himself in Mike the chancer, and gives him a job, even though Mike isn't qualified. There follows a series of adventures where no one in the firm must find out that Mike isn't really one of them, but by the end, he's like a mini-Harvey, in a similar expensive suit. It's very entertaining, and is well acted. The supporting cast is particularly good, with Harvey's nemesis, another lawyer named Louis Litt being particularly well portrayed. If you're old enough to remember the 80's series LA Law, the action and style is similar, but always with the twist that Mike isn't a real lawyer. Thoroughly recommended; Season Two is due out soon, and having followed this on Dave TV too, I can't wait!
続きを読む
12人のお客様がこれが役に立ったと考えています
違反を報告
レビュー を日本語に翻訳する

Finster
5つ星のうち5.0 Clever, funny and stylish
2013年3月10日に英国でレビュー済み
Amazonで購入
Like other reviewers, I am surprised that no one seems to have heard of or watched Suits.
It is clever, funny, suspenseful and very stylish and also (very surprisingly) not in the least shallow. The characters are rounded, real and very human; they all have depths, some hidden better than others, and there is a sense that they have more going on than is apparent in the storyline in each episode. Although everyone is glossy and beautiful (though not necessarily in the generic American way), this doesn't detract from the quality or integrity of the show because it has heart.
As is probably obvious from this review I find it difficult to explain what Suits is like as it isn't like anything else I have watched on TV. Generally we watch series like The Sopranos, The Wire, Wallander, The Bridge, Sherlock Holmes, and Suits is definitely not gritty or street or a detective show, but it just works and sublimely.
続きを読む
4人のお客様がこれが役に立ったと考えています
違反を報告
レビュー を日本語に翻訳する

Mrs Cross
5つ星のうち5.0 As stated
2014年1月5日に英国でレビュー済み
Amazonで購入
Really wanted this for my mum for Christmas, it came as it stated in the time frame given and nicely wrapped, I also like the fact that the disc wasn't rattling around in the case (I've found this on occasion with some cd's /dvd's I've bought. So all in all well worth the time and money too! Just waiting for season 3 now! : ) Also if you love a bit of American comedy/ good casting and lines then this is what you should get, Suits is exactly as you'd expect but you finally get to see what goes on behind closed doors of the high profile American lawyer. Gabriel Macht and Patrick J Adams are awesome in this and my favourite girl actress is Sarah Rafferty, not only is she stunning but she's SO funny, probably get's the 2nd best lines in the show!
続きを読む
違反を報告
レビュー を日本語に翻訳する

Shadow
5つ星のうち5.0 The best series I have ever watched
2013年2月23日に英国でレビュー済み
Amazonで購入
I watched this series on Dave and recorded it on my Sky+ box, I kept watching every episode over and over,fast forwarding through all the adverts.The DVD has no adverts which makes viewing an even greater pleasure,the casting is superb everyone plays a fantastic part, Gabriel Macht (Harvey Specter)and Patrick J Adams (Mike Ross) the two lead parts,deserve a special mention they are both brilliant to watch.I am currently watching Season 2 on Dave which is looking even better than Season 1,with deeper and more involved story lines,which is fantastic viewing,it is up to episode 5 and I have watched all of them at least 3 times each so far,I can only say I am hooked on this series,and will buy Season 2 DVD when it is released.
続きを読む
1人のお客様がこれが役に立ったと考えています
違反を報告
レビュー を日本語に翻訳する

Katie
5つ星のうち5.0 If you missed this on TV....
2013年4月10日に英国でレビュー済み
Amazonで購入
... then it is a MUST have. It is humourous, the plots sometimes deal with 'stuff' you'd rather not - but the characters are all brilliant and you are very easily gripped to know what happens. Its one of those very clever series which has you laughing one minute and horrified or worried the next. Whilst Macht and Adams are incredible in their roles (and Torres will have you crying in to your slimfast for how amazing she looks) special mention must go to Hoffman who you will swing between wanting to hug or kill. Rafferty is pretty blimmin awesome too. Cannot recommend this highly enough.
続きを読む
1人のお客様がこれが役に立ったと考えています
違反を報告
レビュー を日本語に翻訳する
すべてのレビューを参照します
Amazonプライム会員ならお急ぎ便、日時指定便が使い放題
さらに、映画もTV番組も見放題。200万曲が聴き放題 。クラウドに好きなだけ写真も保存可能。
> プライムを無料で試す