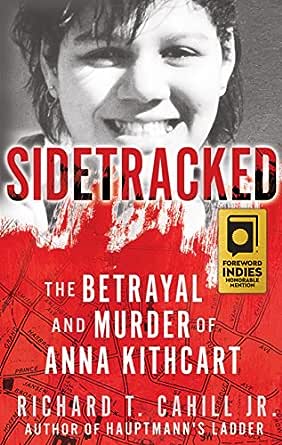 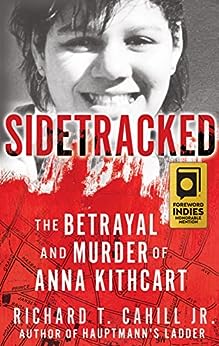 As the sun rises over the quiet city of Kingston, New York on July 12, 1988, a local transient discovers the remains of 19-year-old Anna Kithcart. She was strangled and beaten to death, with the letters “KKK” carved into her thighs.

While her heartbroken family mourns, and the police work around the clock to uncover the truth, the investigation is complicated by the entrance of the Reverend Al Sharpton who insists that a racist killer is responsible. As investigators struggle to find evidence, Sharpton and his supporters denounce the entire area as a “Klan den” and make public pronouncements that a “racist cult” is operating throughout the area.

Then, as if things can’t get any worse, the transient who found the body confesses to an unspeakable sexual act against the corpse. Almost immediately after the media reports his alleged depravity, he changes his story and accuses the police of making him a patsy and a scapegoat. To add to the expanding circus, he tells the world he is really an undercover agent for the CIA, FBI, and Interpol.

Only solving the crime can quell the chaos that threatens to ignite a powder keg of racial tension and get past the rumors to catch the real killer. But can investigators overcome the outside forces that repeatedly sidetrack their efforts? Find out in this great new true crime from Richard T. Cahill, the author of HAUPTMANN’S LADDER.

Richard T. Cahill Jr. is the INDIEFAB True Crime Gold Medal Award winning author of Hauptmann's Ladder: A Step-by-Step Analysis of the Lindbergh Kidnapping. He has lectured extensively on the case. He has been an attorney in New York for over 20 years.

Lee Husemann
5つ星のうち5.0 Great TC read!
2017年12月7日 - (Amazon.com)
Amazonで購入
I had not heard about this crime before so it made this book all the more interesting. Anna Kithcart was just 15 years old when she was brutally murdered and the letters KKK carved in her body. This is a very well researched and well written account of her murder and resulting trial. I highly recommend this book to any true crime fan as it will definitely not disappoint.
続きを読む
3人のお客様がこれが役に立ったと考えています
レビュー を日本語に翻訳する

Sandra
5つ星のうち2.0 B-O-R-I-N-G!!
2019年2月21日 - (Amazon.com)
Amazonで購入
I'll admit, my two star rating is based on about 50% of this book. I finally had to give up and just stop reading it. I really tried to get into the story but I finally gave up. This book, for me, was just plain boring!! It was choppy and hard to follow. There were many characters that were hard to keep up with. I was not enjoying the book and therefore it was hard to want to pick it up to read. Would I recommend it to other true crime buffs? Never!
続きを読む
レビュー を日本語に翻訳する

Morgan V. Madison
5つ星のうち3.0 Ok, but too much of the book
2019年3月26日 - (Amazon.com)
Amazonで購入
is taken up by unnecessary trial details to make the book longer.

Al Sharpton acted like a low- life as usual in trying to exploit the murder of this girl.

The murder boils down to a teenage girl on the street drinking and drugging and being in a vulnerable place where she crossed paths with a dangerous person.

Denise Wallace
5つ星のうち5.0 Was this a racial killing?
2018年1月8日 - (Amazon.com)
Amazonで購入
A murder that has Reverend Al Sharpton screaming from the mountain tops that the Klan was involved. But were they? A story that will keep you guessing...
続きを読む
2人のお客様がこれが役に立ったと考えています
レビュー を日本語に翻訳する
Amazon.comのカスタマーレビューを見る(22) 5つ星のうち3.6
click to open popover
Amazonプライム会員ならお急ぎ便、日時指定便が使い放題
さらに、映画もTV番組も見放題。200万曲が聴き放題 。クラウドに好きなだけ写真も保存可能。
> プライムを無料で試す